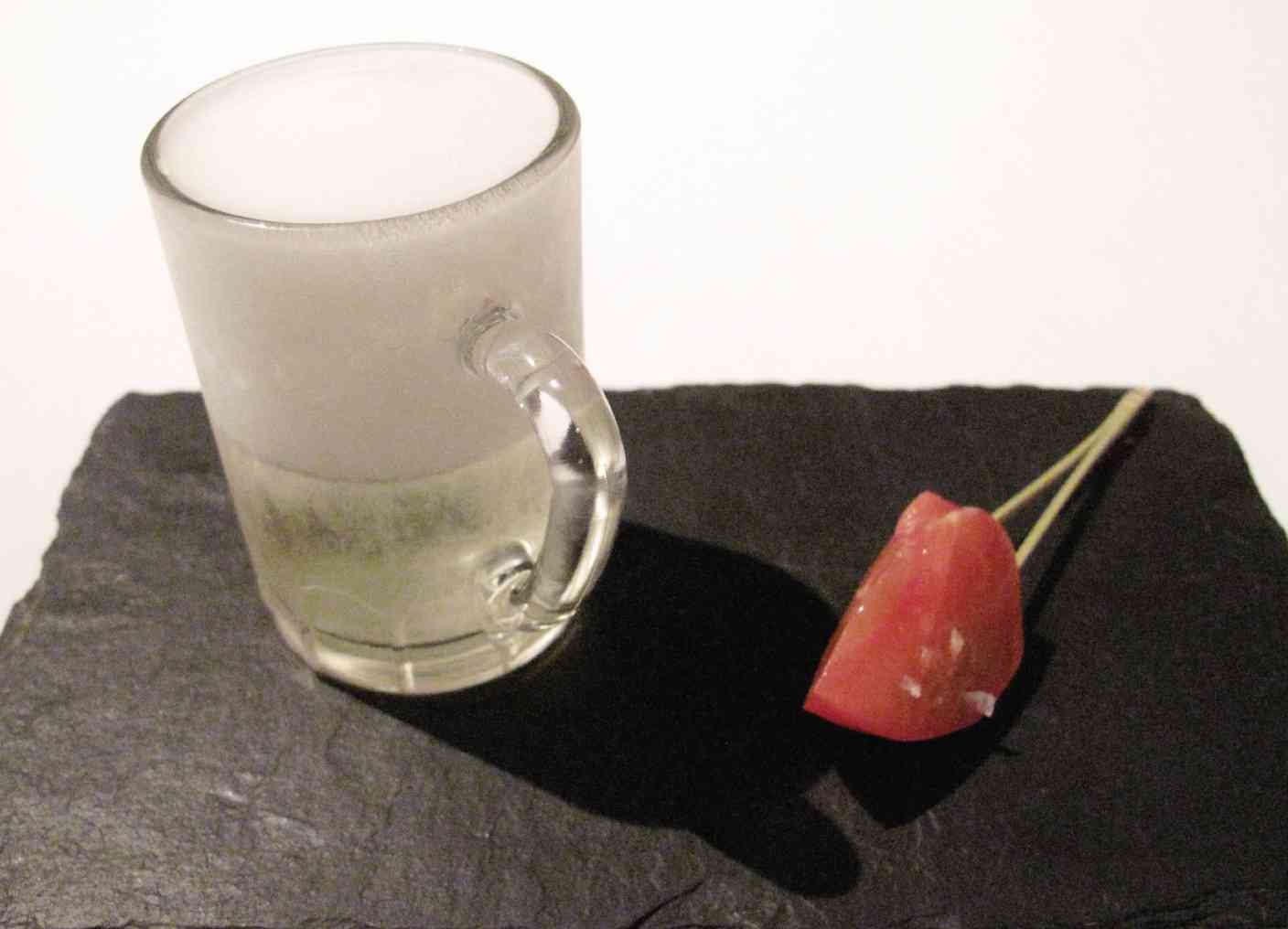 My culinary experience in Singapore was so great that I don’t even know where to start.

Imagine: Sakizuke (appetizer) made of tofu skins from Kyoto topped with uni from Hokkaido, capped with freshly grated wasabi from Shizuoka near Japan’s Mt. Fuji; Chlorophyll, a vegetable dish as satisfying as a tender juicy steak; Mazusoba, a dry ramen with noodles that are unforgettable to the last bite; a Bloody Mary made from fire-roasted French cherry tomatoes.

All these and many more were prepared by Russell Yu, a 27-year-old Singapore-born Filipino who is making waves in the Lion City.

According to his mother, Nancy, it all began when Russell told his father Raymundo about his desire to explore the world of food. Everything fell into place.

When Raymundo spoke of his son’s yearning to a friend, Ignatius Chan, owner of Iggy’s Restaurant (recognized as one of the top 100 restaurants in the world), Iggy welcomed the thought of having Russell as a partner.

This is how Iki Concepts, a company that thrives on creating interesting Japanese-theme food establishments, came to be. Iggy’s became their flagship, and the duo opened three more dining establishments at the Forum along Orchard Road—Uma Uma Ramen, Yoshiyuki Kaizeki and Horse’s Mouth.

At Iggy’s at The Hilton, each dish I had was delicious and hearty, with the right amount of play and fantasy.

With Iggy, over lunch, Chan spoke passionately about their food and the philosophy behind it.

“Our chef, A.K. (Akmal bin Anuar), is a local and has been with us for the past six years,” he said. “He is 31 and rose from the ranks. He is someone who has embraced the culture of Iggy’s.”

“The concept of our food is hard to define,” said Chan. “We consider it modern European, because our kitchen is designed and conceptualized as such, but our ingredients and flavors are very Asian. European in concept from an Asian perspective, so I guess we might call it modern Asian.

“There are certain things that govern our creativity, such as our food must have a certain cultural heritage. We must have inspiring techniques to create better tastes and textures. It has to be multi-sensorial and must always have an element of surprise. It must also be balanced.

“Our food must always have umami. As Asians, we know how to enhance our umami.”

For starters, we had maguro sushi that Iggy Chan said was a perfect example of having the element of surprise! “One expects to eat sushi with rice, but ours is with a ponzu meringue.”

Our Gillardeau oysters were served over a crisp Iwate rice cake, finished with avruga caviar. It was  the best of the sea in a bite!

Chan noted the quality of the oysters. “This is what we try to do, serve produce-driven food.”

Then came a dish that was sheer genius, Chlorophyll!  Everything was green, at season’s prime, from sea and soil.

How could anything green make your mouth water? Each bite gives satisfaction, akin to that which you get from a real good piece of beef.

Iggy proudly hailed the chef, A.K., who created the dish. Some of the vegetables change from time to time depending on the availability, Chan explained, but the concept is always to have edamame puree, sea and land grapes, spinach leaves, okra, little sweet peas and kombu.

Then came a signature dish, from the classic aglio e olio: delicious capellini tossed with sakura ebi, kombu and shellfish oil. Chan said it was an umami bomb inspired by the sight of sakura ebi on one of his trips to Tsukiji.

The pomfret, half-cooked over a tomato relish bed with leeks, dill finished with fennel seed oil, was very simple, clean, and comforting.

The Wagyu Nasu with pink garlic was all that it should be—charred on the outside, tender and juicy on the inside.

And the dessert, Kaya and Teh Tarik, conceptualized for Singapore Takeout held in Sydney, was phenomenal.

It was a Singapore classic—teh tarik made into ice cream, with the addition of tea soil, tea tuile and French toast with a bit of Kaya jam. It worked very well, with great texture; and it passed off as abstract art.

My dining experience at Iggy’s was very simple yet very complex. The food was very tasty, honest and real. It was the kind of experience I would like to go back to.