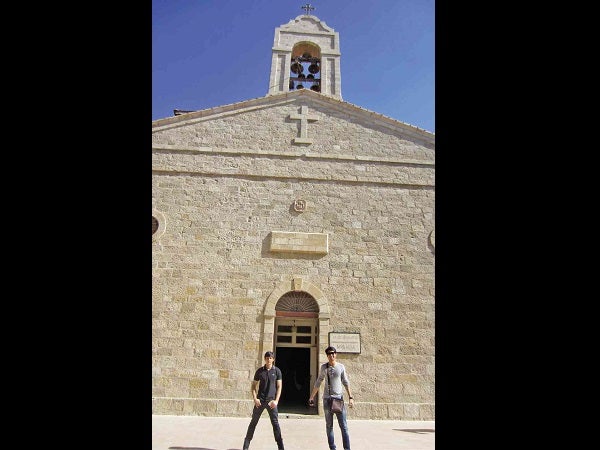 In 2012, I joined a couple of friends in an exciting magazine shoot in the Holy Land with the help of our friends from Meteor Travel Agency.

My high school professors may have discussed a thing or two about the Byzantine era or whatever kind of “desert superpower” ruled at the time, I hardly remember, but to my mind, it was definitely an interesting backdrop for a shoot.

No amount of history lessons could have prepared me for the picturesque city I was set to be in.

A montage of beauty

From Amman International Airport, we took a bus to Madaba. Known as the City of Mosaic, it is the capital of the Madaba governate in central Jordan. From there, we headed to Mt. Nebo that was said to be where Moses viewed the Promised Land before he died.

The next day was meant to be a fun day of exploration in Petra, dubbed as the “rose red city half as old as time.”

Upon reaching our destination, I realized what people mean when they call something “rosy.” We breathed in that amazing scenery that has been named a Unesco World Heritage Site.

This eye candy approached from the east leads steeply down through a dark, narrow ravine called the Siq—a fantastic rock formation. They say it also serves as a waterway flowing into Wadi Musa.

Stepping out of the Siq, one is welcomed by a tremendous site several stories high. It’s not hard to miss the unparalleled beauty of the Al Khazneh, also known as the Treasury.

It is a picturesque rose-colored monumental structure carved exquisitely out of rock. Bewildered but astounded, we were totally taken by its sheer beauty.

That day, I was not a model on duty. If anything, I was like a kid given the key to Willy Wonka’s chocolate factory.

True, it was a visual masterpiece, but more than that, it was a welcome ride to a place of incomparable beauty and a culture worth looking back to.

More than booking the job, getting the chance to work with an amazing photographer (Jake Versoza), and seeing the captivating, out-of-this-world beauty of Petra, I must say, agreeing to do the shoot was one great decision. Beyond being Indiana Jones for a couple of days and the breathtaking images I captured on camera, I went home a reformed and, in so many ways, rejuvenated man.

Meteor Philippines Inc. is a land operator for Mediterranean and European tours. Since 1997, it has offered competent programs and services to Turkey, Greece, Egypt, Israel, Jordan, UAE and Europe.