A debuting playwright, a new director–it could only be the Virgin Labfest | Inquirer Lifestyle ❮ ❯ 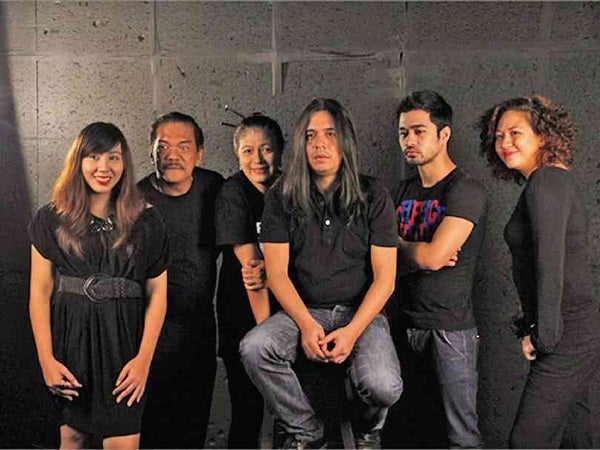 A debuting playwright, a new director–it could only be the Virgin Labfest

When Herlyn Gail Alegre learned that her one-act-play “Imbisibol” got accepted to Virgin Labfest 9, she couldn’t believe it at once. She was at home when a friend sent her an SMS saying, “Congrats sa Virgin.” It didn’t sink in immediately. After all, “Imbisibol” was one of the 166 one-act plays submitted to this year’s festival, which opens June 26 at the Cultural Center of the Philippines.

“I replied, ‘Anong virgin?’ And he said, ‘Virgin labfest, di mo pa alam?’ When I checked the net and read my name posted online, that’s when I understood what he was talking about,” she says.

“Imbisibol” tackles the fate of displaced Filipino workers in Japan in the 1990s—people dubbed TNTs (“Tago ng Tago”) because they kept changing jobs and identities to elude the immigration authorities. “It’s about how they become ‘invisible’ to their families, to themselves and even to each other,” says Alegre.

Writing plays is not new to Alegre, who graduated from UP-Diliman with a Bachelor’s Degree in Creative Writing. She was a fellow of the First Palihang Rogelio Sikat under the one-act play category.

Alegre works as legislative writer and researcher in a government institution and pursues an MA in Asian Studies (major in Japanese Studies) at UP.

As all “virgin” playwrights experience once their plays are chosen for the Labfest, “Imbisibol” eventually went through a process of revision and fine-tuning on its way to the stage.

Directing the play is Lawrence Fajardo, who is a seasoned filmmaker and video editor but is also new to directing for the stage.

“I’ve really learned a lot from our collaboration,” says Alegre. Fajardo gave “helpful suggestions on how to improve the characterization and the flow of the story. We exchange ideas and agree on what will work best for the play.”

It wasn’t the first time for Alegre to submit a work to VLF. Last year, her first attempt was a children’s play. It wasn’t accepted. Now, she finds the idea that her work will finally be staged quite overwhelming.

“It is actually a set of mixed emotions—I am excited, nervous, happy. I can’t pin it down to one single feeling. When you become a part of VLF, you feel like you’re being ‘devirginized’ in a lot of ways because you go to VLF as a new writer and you experience a lot of things for the first time, and you feel the complexity of several layers of emotions that go with it.”

Now, she is inspired to write more plays and go into creating full-length work. Though she’s still young, she offers this piece of advice: “To other young playwrights like me who dream of being staged one day, just keep believing in your craft.”

The name Ariel S.R. Yonzon, meanwhile, has long been familiar to those who have been working at CCP.

Yonzon started working at CCP in 1985 as part of the front-of-house team. He rose from the ranks and, for more than a decade, headed the theater operations department (TOD). Last year, he became associate artistic director of production and exhibition department, which covers five divisions.

At TOD, he became adept in sound, lighting and stage design. He also got to direct stage plays, though “about less than 10, and they’re not major productions, mostly workshop classes,” he says.

“But it’s my first time in the Labfest, and I thought it would be fun to join the gang. There were attempts in the past, but something always came in the way,” he says. This time, when he volunteered his services as a director, he got in.

The play assigned to him is “Kudeta! Kudeta!”, about a comatose patient and a fallen angel who conspire to stage a coup d’etat against Lucifer. Debuting playwright Jimmy Flores felt like he was defending his college thesis before Yonzon when they met for the first time.

“I asked Jimmy at first, ‘Why would I waste an hour watching your play, when all I have to do is ask God’s forgiveness?” recalls Yonzon. “It’s like saying, ‘Why would I watch ‘Titanic’ if I knew that, in the end, it would sink? I also asked him, is it allegory or a literary composition?”

But Flores, a graphic artist by profession, managed to defend his play to Yonzon’s satisfaction. The frankness and honesty in their interaction led to a more relaxed working relationship, though Yonzon is aware that the festival’s focus is still on playwrights. “It’s a playwright’s festival so, in the end, I didn’t change much of the script,” he says.

Yonzon admits he’s quite nervous about his first directorial job. “Kudeta! Kudeta!” is part of Set A, which has Fajardo and veteran actor-director Melvin Lee in it (at the helm of George de Jesus III’s “Kapit”). (See sidebar for complete list of play entries and show dates.)

But “I trust my actors to deliver,” he says. “We’re like sandwiched between two heavyweights. I am confident we’ll give them a good set.”

“My philosophy in theater is like in a basketball team. The coach is only as good as his bench. Here, I have a deep bench. Magaling ang cast.”

“Imbisibol” and “Kudeta! Kudeta!” are part of Virgin Labfest 9, a festival of untried, untested, unpublished and unstaged plays that will run June 26-July 7 at CCP’s Tanghalang Huseng Batute (Studio Theater) and the Bulwagang Amado Hernandez (Conference Room). The event is a joint venture of CCP, Tanghalang Pilipino and the Writers’ Bloc, Inc. in cooperation with the National Commission for Culture and the Arts.