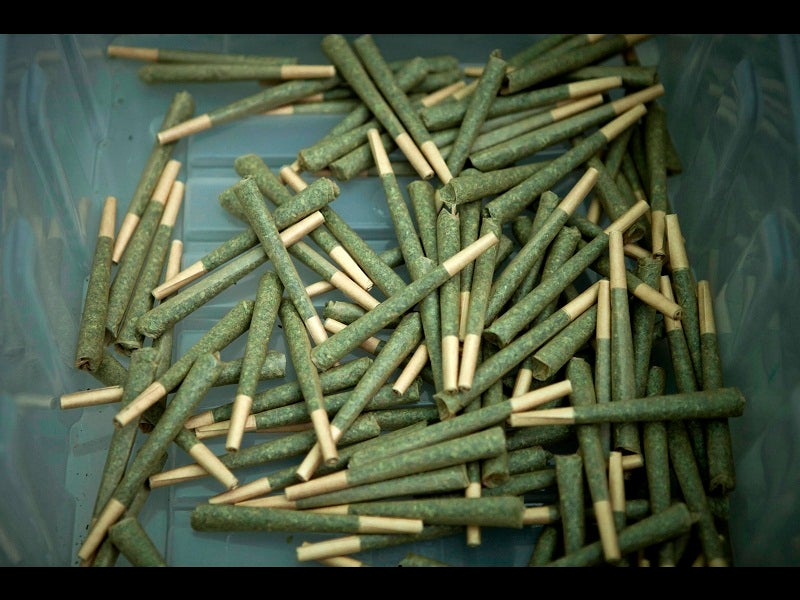 THE HAGUE — A Dutch court on Wednesday fined six coffee shop owners and workers for selling cannabis to non-residents, in a victory for Dutch authorities’ fight against drug tourism.

Prosecutors had sought up to one-month suspended jail terms for the owners and staff of cannabis cafes in Maastricht for selling pot to foreign non-residents in defiance of a controversial law.

“The court rules that a residence criterion is not against the law,” the court in drug tourism hub Maastricht in the south of the country said in a statement.

The six were ordered to pay fines of between 250 and 2,500 euros. A seventh accused was cleared because of lack of evidence.

The court was relatively lenient as the coffee shops had deliberately flouted the law because they hoped the case would set a legal precedent in their favor, arguing that the residence criterion was unconstitutional.

“The residence criterion does indeed indirectly discriminate people based on nationality, but this distinction is objectively justified by reasonable and legitimate interests,” the judgement said.

Foreigners, mainly from Germany and Belgium, constitute two-thirds of coffee shops’ clientele in Maastricht, a Roman city of 120,000.

A controversial law introduced in May 2012 requires coffee shops to cater only for Dutch residents in the hope of addressing the downsides of drug tourism — traffic jams, street dealing and rowdy late-night partying.

A new, more left-wing government said in November that individual city authorities could decide whether to apply the law affecting some 650 establishments nationwide, according to their economic or social priorities.

Most Dutch cities, including those in Amsterdam, said they did not want to apply the law, while Maastricht and other southern cities said they would do so.

Although cannabis is technically illegal in The Netherlands, the country in 1976 decriminalized possession of less than five grams of the drug.