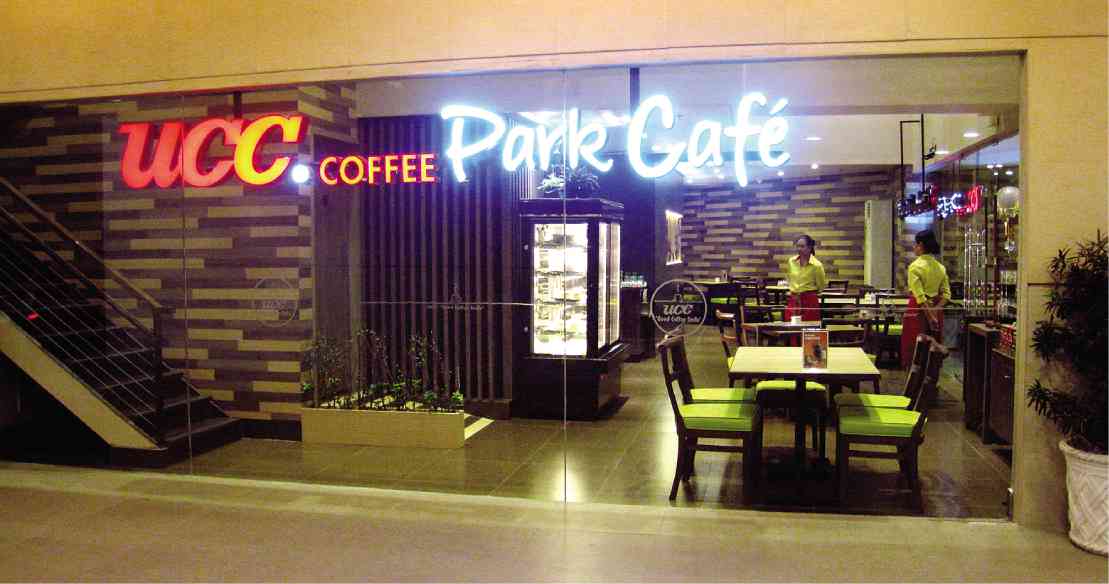 Despite midweek monsoon rains, it was business as usual at Shangri-La Plaza’s new East Wing.

Shoppers, already with purchases in tow, strolled leisurely past vibrant, new boutiques lined along the six-level complex, while the bustle and turnout at the restaurants on Levels 4, 5 and 6 come noon resembled that of a weekend crowd.

The East Wing is, as Lala Fojas emphasized, “an expansion of Shangri-La Plaza.”

“We’re very clear about further cementing our position as an upscale lifestyle destination for the discriminating market,” the executive vice president and general manager for Shangri-La Plaza Corporation said.

“At the same time, we realized the need to bring in concepts that are in keeping with our patrons’ evolving needs, so an expansion was called for,” she added.

Once a single facility, Shangri-La Plaza now consists of three complementary and interconnected facilities: the original Main Wing, the newly opened East Wing, and the retail component of the North Wing at the Carpark Building.

Mission accomplished. Seamlessly connected to the Main Wing by wide and spacious “retail links” or walkways, the East Wing is as upscale as it gets.

High ceilings, generous hallways and sleek finishes are a nod to the Main Wing’s own interiors, which Fojas proudly described as “well beyond its time.”

For the street-level dining requirements of mall guests, there is the North Wing right beside it, which will house an F&B community like UCC Park Café and Café New Orleans, and the Main Wing’s Streetscape with its al fresco dining options.

Meanwhile, “Timeless Indulgences” is the name of the East Wing’s Mid-Level 2/3, the floor which houses trendier lifestyle labels such as Porsche, Superdry, Pandora, Bric’s, Shu

If you happen to find yourself on Level 4, note the smooth transition  from the Main Wing’s Kids’ zone to the East Wing retail link, which welcomes you with teen and tween outlets Justice, Elle & Elle Girl, Petit Bateau, and Guess Kids.

Active, outdoor brands such as Arena, Columbia, Le Coq Sportif, Sneak Peek and The North Face are found on Level 6, dubbed as the “Leisure Haven” zone.  Other premium lifestyle offerings such as The Spa, Gourdo’s, Bose, RegalongPambahay, G Force, Pismo Digital, and more food choices in Texas Roadhouse Grill, Zarzuela, Johnny Rockets, Serenitea, Woo Galbi, and Arya Persian Restaurant can also be found at the topmost level of the new wing. “It should have been called ‘Leisure Heaven!’” said Fojas.

Indeed, if there was ever a time to provide Pinoys with a diverse range of options under one roof, it’s now. Having been with the Shangri-La Plaza for 12 years and thus a witness to

patrons’ ever-changing mall habits, Fojas noted that shopping among Filipinos isn’t just about shopping anymore. “It involves multiple activities,” she said. “People come here to shop, dine, meet up with friends and business associates, watch a movie, even attend Mass, sometimes all on the same day!”

Customer-friendly conveniences are certainly appreciated. One innovation that Fojas is particularly proud of is its onsite satellite cinema ticketing booths at the lower ground level of the East Wing and Level 1 of the Main Wing, a service that allows moviegoers to physically purchase tickets in between a meal and shopping. “Not only is it unique, but it highlights the fact that we anticipate your needs,” she said.

Interestingly, staying steps ahead of patrons’ needs has kept this mall in good standing with a new market—the social media-savvy shoppers, whose real-time postings on blogs, Facebook, Twitter, and Instagram could make or break anyone.

So far, feedback on the Shangri-La Plaza’s Facebook account has been encouraging. “People have posted photos of our East Wing restrooms,” said Fojas with a laugh. “They say our restroom is like a hotel and they could spend the whole day in it!”

The comment was somewhat similar to the one the EVP and GM made in 2001, during a cocktail to welcome Fojas into the Shangri-La Plaza Corporation family. “It’s like coming home!” exclaimed Fojas, who described herself as the Shang’s market and had, in fact, frequented the mall during her two-decade-long career as VP in charge of domestic and international marketing for San Miguel Corporation.

The Shangri-La Plaza’s countless patrons feel the same way. Highlighting the qualities intrinsic to the mall, namely its undeniable space, safety, and service, Fojas said the Shang—its Main Wing and now its East Wing—“is home for many people.”