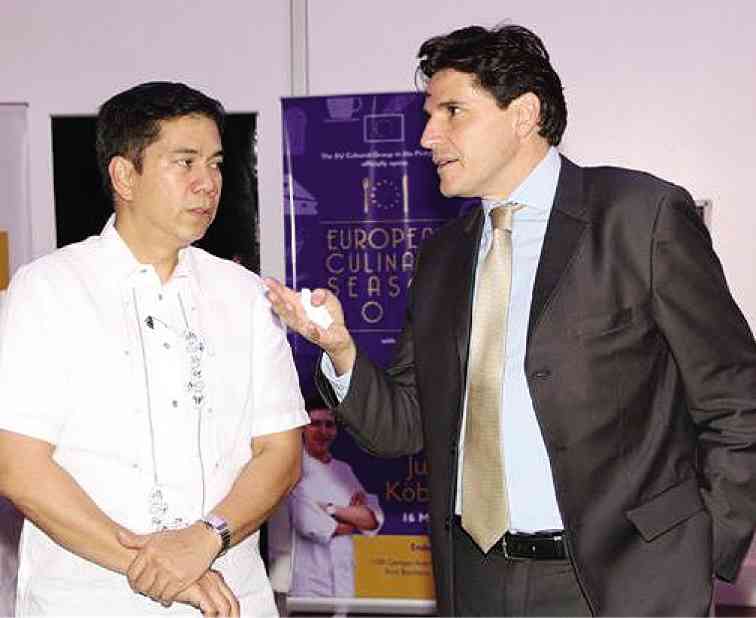 Manila gets a taste of European culinary season

The European Union (EU) delegation to the Philippines has launched European Culinary Season 2013, a festival featuring European food culture in Manila with over 20 participating restaurants and establishments.

The festival was launched at Enderun Colleges where Julian Vassallo, political counselor for the European Union Delegation, gave the welcome remarks. The festival runs until end of June.

“From haute cuisine to food that’s good for the soul, for special, sumptuous meals with the finest ingredients, European Culinary Season 2013 offers everything from the sublime to the delicious,” he added.

Vassallo said the festival is the brainchild of the Cultural Group of the EU Delegation. “The group reached out to chefs and restaurateurs to provide a selection of venues and events that is as varied and colorful as the culinary scene of Manila.”

The Culinary Institute of Aristocrat held a demonstration of French culinary masterpieces on June 19.

Alba Restaurant (with branches in Quezon City, Muntinlupa, Makati and Mall of Asia) has a promo on Spanish tapas and sangria.

Winners will be announced on July 1.