‘I’m fascinated by folk spirituality and how the sacra and profana can coexist in our culture’ | Lifestyle.INQ ❮ ❯ 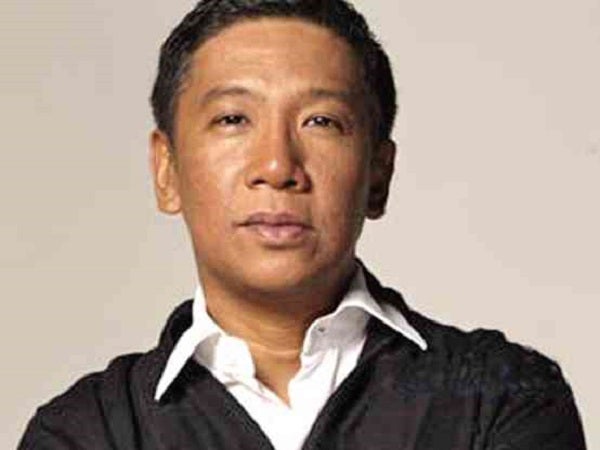 FLOY QUINTOS: “It matters to me what audiences say [about my plays] and that is a game I will indulge myself in.” Photo by Walter Ang

By: Glenn Sevilla Mas     Philippine Daily Inquirer / 01:24 AM June 29, 2013
In a 1997 article we wrote on the most significant theater events of the previous year, we quoted Tanghalang Pilipino artistic director Fernando Josef as lamenting that the Cultural Center of the PHilippines (CCP) Playwriting Contest’s “No Winner” results had basically represented to him the dearth of playwrights in Philippine theater.

Sixteen years later, thanks largely to the CCP’s own Virgin Labfest—which, for the past nine consecutive years has been promoting and celebrating new Filipino plays and playwrights—such a bleak scenario is no more, as Philippine playwriting has once again become relevant and alive.

Heading the pack of playwrights whose plays continue to win awards and be staged by the country’s leading theater companies is theater and television director, art gallery owner, stage actor and playwright Floy Quintos.

How does he write plays? Where does he get his themes and inspirations? What attracts him to history and historical figures as material for his works? How does he see the audience? Does he write with specific actors and other collaborators in mind?

Here is Quintos, in his own words.

“My formative years were in Ateneo where I attended grade school, but I was never in the ACT (Ateneo Children’s Theater) plays. I kinda knew, however, that I wanted to work in the theater. I didn’t know yet that it would be as a playwright eventually. After Ateneo, I moved to UP High where I wrote my first two plays. The first is a tiny sketch called ‘CR,’ about a dysfunctional boy who cannot talk to the world, locks himself in the bathroom and is gently talked out by a cleaning lady. Oo, pang-Labfest! (Laughter)

“The second is a very pretentious look at the revolution eklat. In Dulaang UP naman, I started out as an actor. The first play I wrote at DUP was ‘Gironiere,’ about a French traveler, Paul de la Gironiere, who came to the Philippines in the early 19th century and saw the Philippines as it was.”

Using history as a way to look at the present

“Well, that’s how I started out [in playwriting] although I’d like to think that my excursions into contemporary situations like ‘Ang Kalungkutan ng mga Reyna’ and ‘Evening at the Opera’ are equally valid. I was a very Peter Shaffer kid. The one play that really made a mark on me was [Shaffer’s] ‘The Royal Hunt of the Sun’ na talagang, Wow! Grabe! And then the transformational techniques of ‘Equus!’ Ay, hilung-hilo ako dun nung bata ako.

“I don’t think we understand and value history enough as a source of material. And I think that’s the greatest tragedy of the Filipino people. Bakit sa Korea, Japan, ang vibrant ng contemporary theater scene nila? Because they’re able to reference! There’s so much that we still don’t know about our history which can reflect our contemporary situation. One of my dream plays is ‘Travelers’ and it’s about all the famous travelers who came to the Philippines: Gironiere again, Magellan, the Cooper sisters, these madcap women from the US Midwest who went to Davao to collect Bagobo clothing… ’Yung ganun! Ang dami-dami kasing aspects of our history which can tell us so much about who we are. I know it sounds so cliché but it’s true. And we don’t mine it enough.”

“Before I even commit pen to paper, I really do a lot of research. Librarian nga ako e. And you kind of infer. You kind of infer that [Jose] Marco [who produced the fraudulent Code of Kalantiaw] did have better intentions. Kasi wala naman s’yang kinita e. Ano’ng kinita n’ya? 20 pesos, 30 pesos? Granted, 30 pesos was a big thing then, pero for you to do that consistently over a course of 35 years? Later he got sloppy, oo—ballpen na ang ginagamit—pero maybe that’s where the hubris came in. So, deduction. You put things together and you are able to mold a character.

“I always say naman that that’s what we do in the theater. This is a vision of what the world could be or how we [playwrights] see the world. So allow us more creative leeway. Allow us to responsibly use these characters to make a statement.”

Personal life and experience as source of material

“Well, yes. I suppose naman no playwright will ever say na his plays are divorced from his life. Like folk spirituality. That’s what turns me on—folk spirituality and how it’s so ever-present under our skin. That no matter what you say, it’s still there, and the more things change, the more they remain the same. It’s part of the Filipino DNA.

“Of course, the difficulty also of playwriting is people will always read something extra to it. So, spirituality [in my last two plays, ‘Fake’ and ‘Collection’]. Magmo-mongha na ba ako? Hindi. It’s just that I’m fascinated by folk spirituality and by how the sacra and profana can coexist in our culture. ’Yun lang ’yon.

“‘Fluid’ [a play that tackles art and compromise] came from the time I was doing a society wedding and, at the last minute, the mother of the groom wanted to cover the Philippine Philharmonic Orchestra. Philharmonic ’yan! So it’s about how our artists are treated, how we [artists] put our craft in the service of more common and mundane things, which is a very real problem for artists.

“‘Shock Value’ [a play that parodies what really goes on behind TV cameras]—we all know where that came from [Quintos is the director of GMA 7’s “Startalk”.] The TV people who saw it told me, “It’s our world! It’s our world!” Which is also a comment on how… My God, we are so immune to ourselves, no? We are so in love with ourselves! (Laughter) They thought it was a scream. They thought it was a lark.”

“When I know a line is not working, rewrite, rewrite, rewrite! Sina Leo Rialp, Paul Holme, ’yung mga seniors ang maglalakas-loob na, ‘I don’t think this line is working.’ Okay, tama. Always listen to the actors. You owe it to them who are putting in so much! Make them look good naman. Or make them look logical. When we did ‘Fluid’ in Ateneo, for example—one of the greatest joys of my life!—na-realize ko, ang babata nila! Wala akong Makil, wala akong Stella Cañete—o, ’di play it their age! So ’yon. Constantly rewrite, rewrite, rewrite. Especially if [a play is already] in the process of production.”

“It matters to me what my audiences say [about my plays] and that is a game I will indulge myself in. The one I will not indulge myself in is the numbers game. The longest running choo-choo! (Laughter) Ay, Diyos ko! I mean, everything we do naman is ephemeral, hello? The other game I will not indulge in, and it’s happening now, is ‘E kasi Broadway sila, professional sila.’ Utang na loob. Tama na.”

“You know, I’m so proud of this area in Quezon City kasi aside from CCP dahil mandated naman talaga sila, itong area natin na ito—from the Peta (Philippine Educational Theater Association) corner to Dulaang UP in Diliman to Tanghalang Ateneo in Katipunan—ito na ata ang last bastion of original Philippine theater within the metropolis. Kaya, I really think this area is special.”