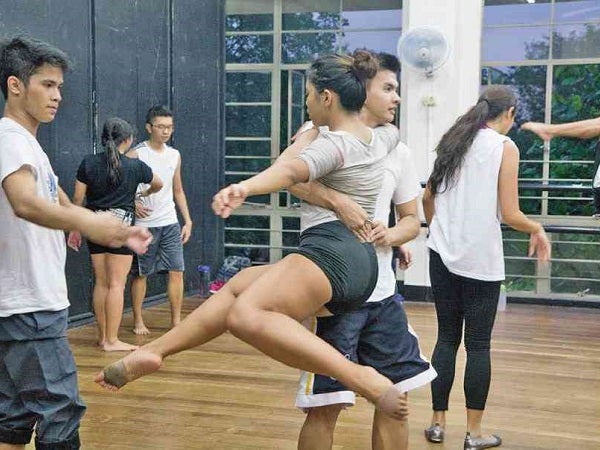 It opens in July with “Ang Oresteyas,” BJ Crisostomo’s Tagalog translation and adaptation of Aeschylus’ trilogy “The Oresteia.”

The production combines all three plays (“Agamemnon,” “The Libation Bearers” and “The Eumenides”), focusing on Orestes’ killing of his mother Klytemnestra as an act of revenge for her murder of his father Agamemnon. Orestes is brought to trial and the audience forms part of the jury.

From Sept. 5 to 21, TA will stage Euripides’ “The Bacchae,” where the god Dionysus, insulted at the people’s failure to honor him properly, organizes a group of libertines to attack the city and restore his royal and divine place.

To be directed by Sipat Lawin Ensemble artistic director JK Anicoche, the show will employ an all-student cast that will devise a Filipino translation.

The love story of Eurydice and Orpheus unfolds as Orpheus goes on a quest to reclaim Eurydice from the underworld. Unlike the myths, Ruhl adds a father for Eurydice, creating a dilemma for her—whether to stay with him in the underworld or to go with Orpheus.

The season finale, “Antigone’s Rex,” projected to be “a play with songs” and running in February 2014, combines Sophocles’ tragedies “Oedipus Rex” and “Antigone.”

In the adaptation by Quintos with lyrics and music by Ceejay Javier, Antigone redeems the shame of her father Oedipus’ banishment from their city by defying King Creon’s orders to deny her brother Polynices a proper burial.

Jose Estrella directs the classic tale of Don Juan’s search for the mythical Ibong Adarna that can cure any sickness with its song.

An adaptation of “Corrido at Buhay na Pinagdaanan nang Tatlóng Principeng anak nang Haring Fernando at nang Reina Valeriana sa Cahariang Berbania” (“Corrido and Life Lived by the Three Princes, children of King Fernando and Queen Valeriana in the Kingdom of Berbania”), the production will use the version by Antonio Buenaventura and Vitaliana Pineda, with additional text by Vladimeir Gonzales.

Costume design is by Brenda Fajardo, puppet design by Don Salubayba, and set and lighting design by Lex Marcos.

From Sept. 11 to 29, the group will stage John Webster’s “The Duchess of Malfi” and its Tagalog translation “Ang Dukesa ng Malfi” by Allan Palileo.

DUP founding artistic director Tony Mabesa directs the tale of how Giovanna d’Aragona marries below her status and incites the anger of her brothers, resulting in schemes and murder.

From Nov. 20 to Dec. 8, in commemoration of Andres Bonifacio’s birth sesquicentennial, the group will stage Quintos’ “Bonifacio Seen Through The Eyes Of The Literati” to be directed by DUP artistic director Alexander Cortez.

The production will use excerpts of plays written about Bonifacio by playwrights such as Amelia Lapeña Bonifacio, Rene Villanueva, Domingo Landicho, Joi Barrios, Butch Dalisay and Adrian Cristobal.

The group concludes its season in 2014 with Quintos’ adaptation of ancient India’s longest Sanskrit epic “Mahabharata.”

Dexter Santos will direct the fragment dealing with the births of the Kauravas (children of King Dhritarashtra) and the Pandava (children of King Pandu) and their eventual war that arose from the claims of Duryodhana (the youngest Kaurava) and Yudhisthira (the eldest Pandava) to the throne of Hastinapura.