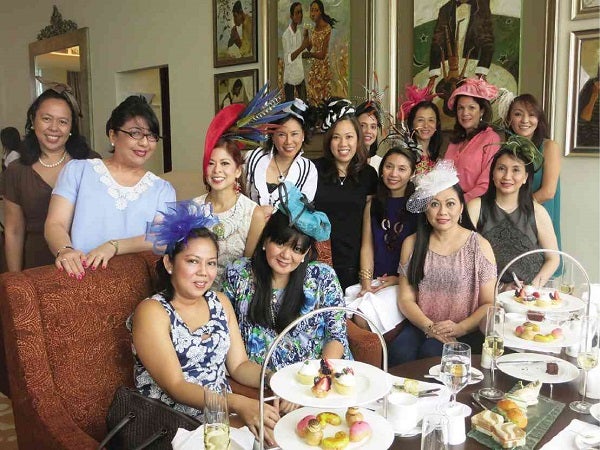 Mature? No, just ageless and timeless!

Today (Sunday) officialy ends the first half of the year! Time just slipped us by so fast; I can’t believe 2013 is half gone. I tried to assess how I am doing on my New Year’s resolutions and realized that I can’t even remember what they were.

I do faintly recall wanting to prioritize my affairs so I can relax more and spend time with the kids, who seem to be growing up quite rapidly. With all my numerous social and athletic activities, I guess that is one box I won’t be ticking off yet.

Fitness was a big part of this year’s goals. I am proud to say that, last week, I was in the Century Tuna Ironman 5150 triathlon in Subic, and placed first in my age group. There were almost a thousand other triathletes and this group set a record for the country’s biggest standard distance triathlon.

Century Tuna has raised its marketability by leaps and bounds by sponsoring this well-organized race. Sunrise Events and Subic Bay Development Authority also made the Century Tuna 5150 Triathlon possible.

The event is an excellent run-up to the upcoming Cobra Ironman 70.3, which will be held in Cebu in August. Among the people helping me train and prepare for that race are Ironman finisher Raeanna Cranbourne and coaches Dan and Ani Brown.

Greg Banzon, VP of Century Canning, and Fred Uytengsu, president of Sunrise Events, were among the racers. Fred had to award himself as he also won in his age group.

When I went up to claim my medal, I decided that my age category would just be “ageless and timeless.” I guess being in the more “mature” age bracket has some perks. I received a bamboo medal and trophy that were handcrafted by the Philippine Bamboo Foundation.

My wonderful cupcake maker friend Sonja Ocampo made a fantastic cake with a decorated tower and lighthouse. Guests enjoyed chocolate and red velvet goodies from Cupcakes by Sonja.

Those with finely chiseled bodies were awarded as Century Tuna 5150 Triathlon Superbods. This year, the winners were Vanj Endaya and Raoul Floresca.

Century Tuna also recognized the group that showed unparalleled teamwork in the race. It awarded the Team Award to the Polo Tri-Team, which recorded a total race time of 786 minutes and 39 seconds and had five top finishers.

Polo-Tri champ Amanda Carpo was so fast, she was done with the entire race as I was just starting the run leg. With so much energy to burn, Amanda gladly paced me and ran another 10K to make sure I finished strong. We are all excited for her wedding in September to Ironman Michael Bond. We will then call her Mrs. Bond.

Timex was the official timekeeper and is also my sponsor for Ironman Cebu. It will have a Big Midyear Savings promo starting tomorrow until Sept. 1, offering up to 50-percent discounts on select Timex watches.

For those interested to get their tri-training to a more serious level, check out the Unilab Active Health Pinnacle Camp from July 11 to 21. The different legs include Leg 1: Lactate Testing, VO2Max Testing, Primo Cycles and Focus Athletics; Leg 2: Gatorade Sweat Test, Focus Athletics; and Leg 3: Pinnacle Training Weekend at Pico de Loro Beach and Country Club.

Aside from all my events with my fitness friends, I also have social affairs with my longtime friends from Assumption. Since many of us are turning 5-0, we thought of celebrating a fun afternoon tea party at the Writers Bar in Raffles Makati.

Raffles Makati PR Monique Toda invited us to wear our most fascinating fascinators for wonderful prizes. I was delightful to catch up with all my former classmates, as we have been so busy with our own affairs.

Marilou Laurena of Hat Mamma displayed her amazing creations for guests to sample. The Groomsmen serenaded the ladies with romantic ballads in the very elegant Writers Bar.

Claudia Meyer, wife of Raffles GM Tom Meyer, awarded Martine Boon von Ochssée, wife of the Netherlands ambassador, and Jenny Zapanta as the winners of the best in fascinators.

At the nearby Dusit Thani Manila Hotel, there is an ongoing art exhibit, “In Celebration of Asian Art,” presented by Kartini Asia. Log on to www.kartiniasia.com for details.

The art exhibit pays tribute to the immense talent of world-renowned Filipino artists in creating compositions that are truly Asian in spirit. The masterpieces on display include paintings and sculpture by National Artists Abdulmari Imao and Jose Joya, as well as Tony Mahilum, Manuel Baldemor, Norma Belleza, Larry Memije, Mayie Delgado and Truong Tuan Kiet of Vietnam.

Abdulmari Asia Imao is the first and only Muslim to be honored as a National Artist. The exhibit also celebrates the poetic vision of artist Mayie Delgado’s photography. Judging from his work, Delgado is no doubt a photographer with a painter’s eye and artist’s sensibility.

The art exhibit will benefit the five orphanages of the Casa Miani Foundation for Orphans and the Needy Youth, run by the Somascan Fathers. It runs until July 7.

I love ending my week with shopping. The newly opened Uniqlo in Glorietta 5 was literally transformed into a celebrity hub as the leading apparel brand opened with a pre-shopping activity. I had a blast speed-shopping for really comfy, stylish outfits. The new Uniqlo store is the brand’s sixth store in the country.

Tomorrow is the beginning of the second half of the year and also the birthday of my true love. Happy birthday to my hubby, Dennis.