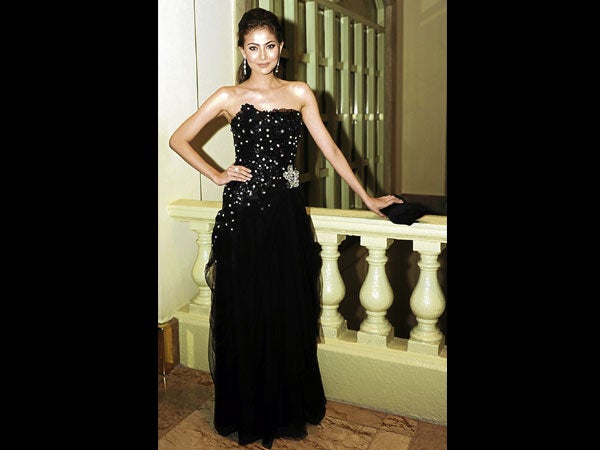 They were resplendent in black-and-white ballgowns (that was the de rigueur dress code) created by the best young designers in town. Remember these names and faces for they are the New Guard.

The red carpet was black, so were the floor-to-ceiling drapes at the Rigodon Ballroom of the Peninsula. Men in black tie and women in noir formals soon became a sea of faces, and the ballroom became a standing-room-only affair.

Belvedere Vodka was served. The drinks warmed up the hall and suddenly the people became as if bosom buddies, air-kissing and bear-hugging each other, such as Piolo Pascual, Enchong Dee and Anne Curtis, sexy in see-through.

Editors of glossies, fashion photographers, the Philippine Models Association, stylists, hairstylists and make-up artists and designers, from Aseron to Yoko Reyes, choreographers and fashion bloggers became one mass of humanity, giddy and tipsy.

Was it due to the fact that no dinner was served, there were no ballroom chairs to let you rest your stilletos, or that the groping darkness was zapped with enough laser beams that turned the event into the backroom of a noisy ‘90s disco with predictable awards?

And couldn’t they have given the awards—best designer, best fashion photographer, etc.—to younger fashionistas instead? So that maybe Philippine fashion can move forward?