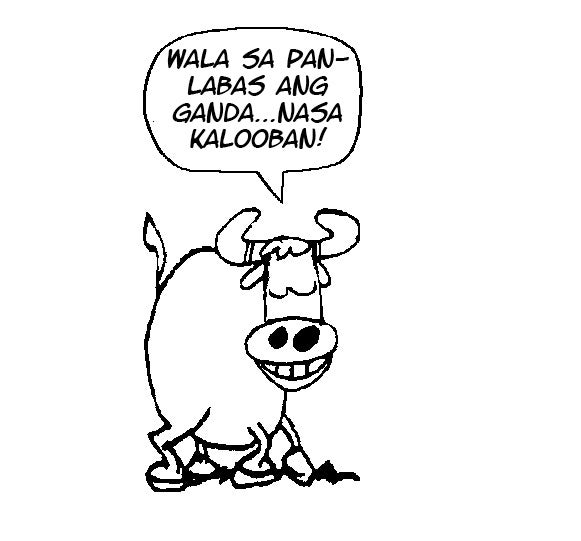 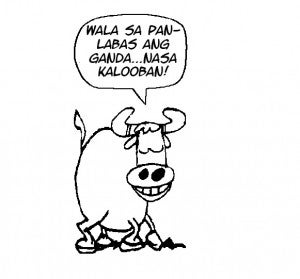 MANILA, Philippines—Rich Filipino women are probably the most meticulous about cleanliness and maintaining their looks in Southeast Asia, using approximately nine different brands of personal care products, the highest in the region.

This was one of the key findings of the 2013 edition of the High Heeled Warriors research on urban women by NBCUniversal International Television, the world’s largest entertainment company that operates cable television channels such as Universal Channel and Diva Universal.

According to the study, the wealthy Filipino women score highly when it comes to the purchase of personal care products such as shampoo, soap, conditioner, deodorant, toothpaste, lotion, cologne and mouthwash, compared with their counterparts in the other markets covered by the survey—Singapore, Malaysia, Indonesia and Hong Kong.

In response to the question on the number of personal care product brands they used in the past three months, Filipino women said they used nine of the 23 brands included in the survey, 50 percent more than the average in the other markets of six brands.

The study covered 3,000 female participants aged 20-44 from the five countries and the findings were based on their motivations, aspirations, attitudes and usage of consumer products.

The respondents watched pay television and came from urban centers. In the Philippines, 600 respondents were included and 66 percent of them reside in Metro Manila. Their average monthly household income was P150,000.

The study found that 86 percent of the women polled in the Philippines said they bought Colgate; 78 percent used Dove; and 59 percent used Avon products.

Close to half of the respondents were using Johnson and Johnson products. For cosmetics, the leading brands were Nivea, Vaseline, L’Oreal, Garnier and Clinique.

The study also found that a third of Filipino women indicated that they were “passionistas,” defined in the research as women who wanted to live in the moment and have no regrets. They were motivated by their career, opportunities to see the world and living it up. They wanted to be independent and to pursue their passions.

The 32-percent level in the Philippines was the highest among the five markets. The average level of passionistas in the five markets was 26 percent, according to Henry Robles, NBCUniversal research director for audience research and analysis.

The next biggest group of women in the Philippines was defined as “social siders.” They are those who believe that life is great, are described as sociable, optimistic and content with their lives. They want to play hard and work hard.

An indication of Filipino women being a social sider was the high network of friends on social networking site Facebook.

Having a high number of passionistas and social siders in the Philippines helped explain the extensive use of personal care products.

“Filipino women use more personal care products because many live an active life, hence they need to use these products. Also, they spend more time with their friends, hence they always need to maintain their personal appearance,” Robles said.

The study also showed that Filipino women have a burning desire to be financially independent. They do not want to rely on their family or spouse for support, with 87 percent of the women saying that they want to have their own money, way above the average in the region of just 74 percent.

About 60 percent of women in the region said they wanted to buy their own house, but in the Philippines, close to 80 percent expressed the same desire.

When it came to luxury spending, the study found that 63 percent of the women owned at least one luxury product and had spent at least P55,000 on luxury goods.

Close to seven of every 10 Filipino women also indicated their desire to have their own car, much higher than the average of 48 percent for the region.

Robles said that in the Philippines, 41 percent of women had observed that there were more men choosing to become stay-at-home fathers, higher than the 32 percent for the region.

There were also more college graduates in the Philippines at 55 percent. Women were also said to be more financially literate and more knowledgeable about basic money management and budgeting compared with men.

The study also said women liked to plan for their future but had expressed dissatisfaction over the way their needs were being serviced by financial companies that have traditionally focused on men.

“A lot of women feel that banks and insurance companies do not understand their needs and preferences, so there is a lot of untapped potential among women,” Robles said.

“If you work with clients in banking or insurance, investment companies or property development, the message is that women in this country want to be independent financially and want their own cars and homes, and start to save for retirement. But they felt that they are the least understood by financial companies, which are largely male-centric.”

They also make or influence 80 percent of all decisions, including 60 percent of traditional male products such as automobiles, home-improvement products and consumer electronics.

Quoting an executive from Coca-Cola, Fellowes said that it was not a question of women coming up in the world, but rather a question of how high they will go.