A ‘triple threat’ in the spotlight | Inquirer Lifestyle ❮ ❯ 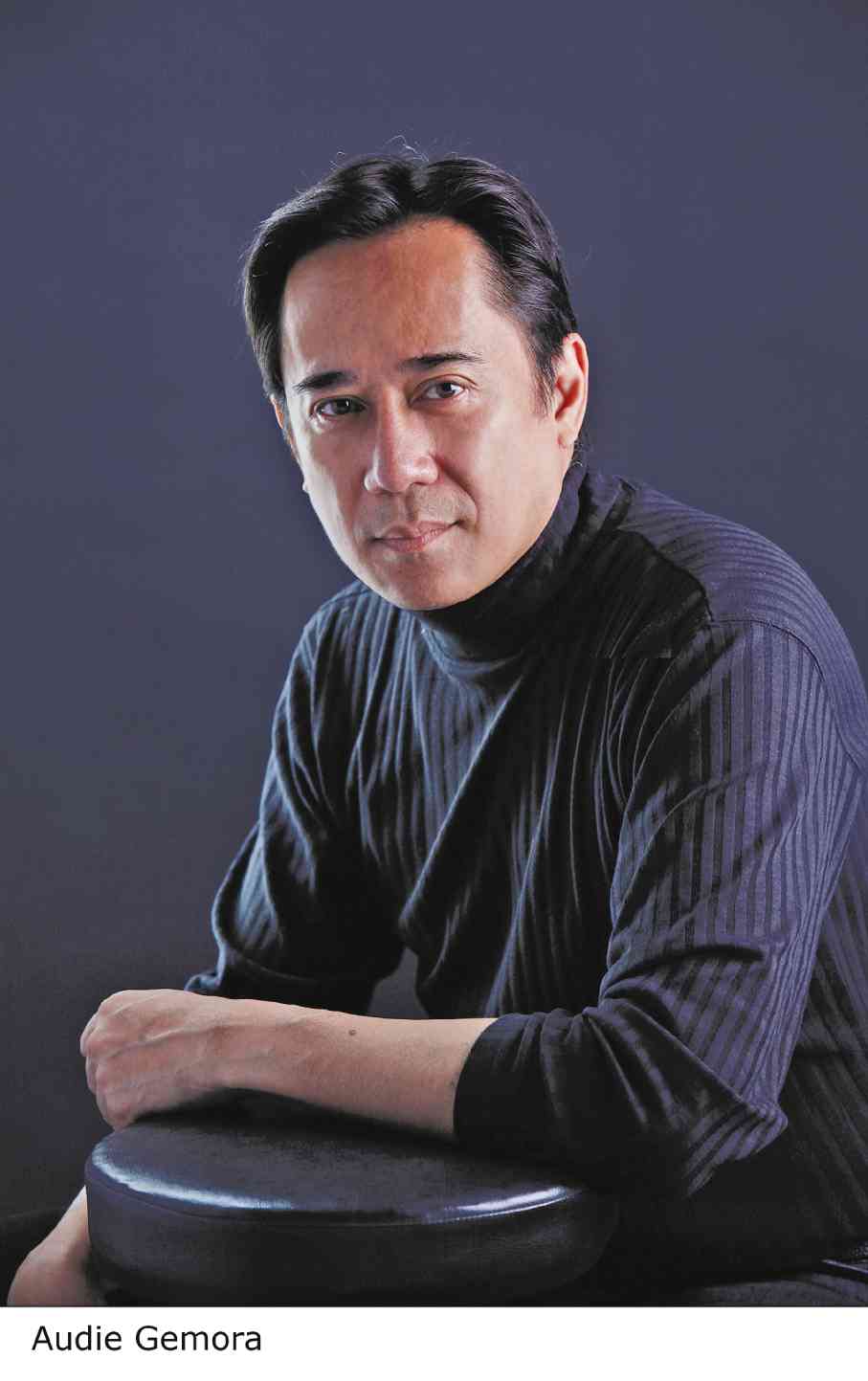 A ‘triple threat’ in the spotlight

“I decided to trace my journey as a musical theater actor from the time I accidentally stumbled onto the stage, to going into it as a profession,” says singing actor Audie Gemora. “I will mark milestones in my long 33-year career with songs relevant to that journey. That’s why I chose to title the concert ‘I Was Here.’”

Gemora was referring to his “Triple Threats” show on July 5, 7:30 p.m., at the Tanghalang Aurelio V. Tolentino (Little Theater) of the Cultural Center of the Philippines. It is titled thus because the performer can sing, act and dance with equal proficiency.

“Since this is a concert about my story,” Gemora adds, “I don’t necessarily need to hide behind characters anymore, something I do all the time. Instead I will perform theater songs as an expression of who I am. Don’t worry, there will be a lot of scenarios, and the show will be wrought with emotions. What can be more passionate than an actor talking and singing about his craft?”

Gemora observes that “you only get good at something by mastering it.” He explains, in a written interview: “I’ve spent years honoring my talents in dance, music and acting. Of the three, acting comes the easiest. I always say I am an actor who can sing. However, I enjoy dancing the most because it is the most expressive. But it is also the most difficult discipline to get good at because it is utterly physical. Age takes its toll as well, so a dancer’s life is not long compared to that of a singer or actor.”

And in the next life, “If I went to heaven and God asked me which of the three I’d like to do for all eternity, I’d say dance, just make me forever nimble and tireless!”

He is preparing for the show by memorizing the lyrics, jogging to build up his stamina, and singing every day to strengthen his vocal chords. “Solo concerts are intimidating in that you are all by your lonesome on that stage,” the veteran performer notes. “You need to hold your audience for a good hour or so. But I intend to be myself and just have fun.”

He has invited a few theater friends to be his guests, “tremendous performers” relevant to his journey across the great white way.

“My message is about the stage,” Gemora concludes. “How it is a special place for both performer and audience to meet. It is where we can celebrate music, stories, love, God. And that’s what I hope to share on that night—a wonderful time in the theater.”