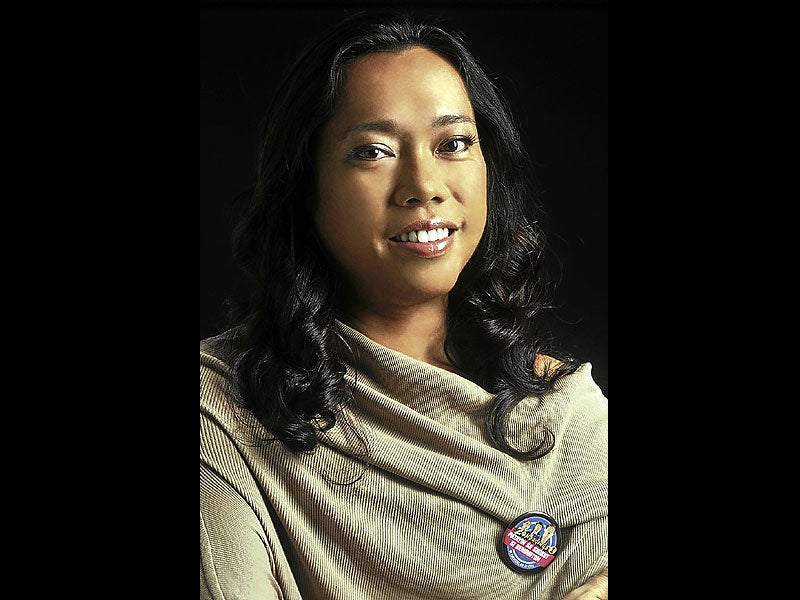 Raymond, Remington and a lot of zombies 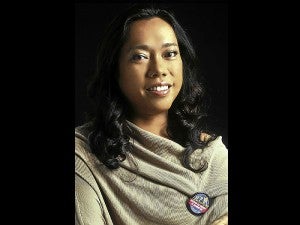 Somewhere in Lucban is the real-life Remington.

It was “Zombadings” screenwriter and producer Raymond Lee who had the unfortunate experience of crossing paths with him. This was back in 2009, when Raymond decided to take a quick break in Quezon just after the very successful run of the film “Kimmy Dora,” which his company Origin8 Media released.

“Naglalakad ako, enjoying the cool air and suddenly, there was this kid, five or six years old, a boy, and bigla niyang sinabi, ‘Bakla.’ And yung pagkasabi niya ng bakla, I detected derision, may negativity,” he said.

The incident sparked an idea. “I said to Jade (Castro), “May concept ako for a movie.

Raymond ended up writing the screenplay with Michiko Yamamoto and Jade Castro, who also became the film’s director.

“That’s what we do. We make movies, we write, we try to get them off the ground, we have dream projects,” said Raymond, who also produced the beautiful “Ang Pagdadalaga Ni Maximo Oliveros.”

“Zombadings: Patayin Sa Shokot Si Remington” is one of Raymond’s dream projects that turned into reality.

The cast is a mix of relatively new faces and veteran actors. “It was a wish that came true.

Eugene Domingo has been a good friend since “Kimmy Dora” but these other guys I’ve only met through this film. Roderick (Paulate) and Janice (de Belen) read the script, they liked it, they said yes. Si John Regala, pinitch ko yung kwento sa telepono. Ayaw niyang gawin nung una, until I told him the ending of his character. Because of that ending, he said,  ‘Wala na tayong pag-uusapan, gagawin ko ang pelikula.’ Si John Regala yung puso ng pelikula.”

Raymond convinced Odette Khan to play the town mayor on the phone, too. “I called her, introduced myself and, I told her, choosing my words carefully, that the movie is a whimsical, unpredictable comedy, and that we’d like the mayor’s gender to be ambiguous. It won’t be clear if s/he’s a man or a woman but s/he’s always wearing a barong Tagalog. After a brief pause she said,  ‘Wala akong barong.’ Yun lang. Hahaha!”

The trickiest part was casting Remington, the movie’s lead character. Martin Escudero was actually the third actor to be cast—the first two had to back out because of scheduling reasons and because of a kiss that was required in the script. “We talked about it. “Should we retain that kiss? Should we give it up?” But we decided we needed to retain it.”

The people behind “Zombadings” went to GMA Artist Center. “Martin was the first one we auditioned. The first thought that came to mind when I saw him was, ‘How come this guy hasn’t been cast in a comedy?’ It’s so obvious that he’s a natural comedian. All his previous performances that I’ve seen have been drama. Nung nag-audition siya, when we said action and he started playing the scene, my God, he’s a natural comedian. He has a very fine instinct for comedy. And it’s not cheap comedy—it’s motivated. There’s an inner motivation to his comedy. And at the same time it’s quite physical. So it’s balanced. This is his film. This is really his film.”

The film has gotten great feedback—and it hasn’t even officially opened in theaters. It premiered at this year’s Cinemalaya and has been viewed by audiences in CCP, UP and other special screenings around the country including Manila, Davao, Iloilo, Cagayan de Oro, Lucena, Dumaguete and more.

We spoke to Raymond on the day he returned from Davao and he talked about the previous night’s premiere. “It was fantastic. Puno siya and napaka-appreciative ng audience. They were super loud. They clapped several times during the film, they screamed, they laughed.”

The screaming and laughing are a constant at every screening. “Yung CCP nakakaloka yung laki di ba, 1,600 people. That was so intense. Then UP naman was jam-packed, talagang over capacity, may overflow. Dikit-dikit lahat ng tao so magnified yung tawa nila. Whenever we’d go to the screenings, we’d record the sound of the audience’s reactions.” (You can hear the recordings on the movie’s Facebook page.)

But the feedback hasn’t been a 100-percent positive. One writer posted a scathing review on Facebook, claiming that the film “provides mainly heterosexual people a chance to make fun of—or even ridicule—gay men.”

Raymond said, “I feel sad because I feel that he missed the point completely. But sabi ko nga, it’s good that others have responded… Sila J. Neil Garcia, Danton Remoto, they’ve seen the film and hindi yun yung reading nila. They found it funny and campy. And a lot of other gay men have said, it’s actually the opposite, it’s actually pro-gay. It celebrates gay people. Ang isang very telling scene was when we decided to drown out the gay hate speech of Daniel Fernando’s character. We really wrote that speech and shinoot namin yun. When we were editing, I said to Jade, “Kailangan bang marinig yan? Tabunan na natin yan.” Sabi ko, we don’t have to hear the diatribes against gays. Narinig na natin yan and we don’t buy it, di ba? And people got it, people were cheering.”

Raymond knows there’s a serious side to the “Zombadings” story. “Hate crimes are a reality. May na-meet ako recently. They watched the film, they found it very funny. They said, we love your film. They showed me statistics, that the hate crimes against the LGBT community have been on the rise in the last five years. I offered to them na if we have advanced screenings, I’ll hand out leaflets and talk about their cause.”

This year has been a breakthrough for filmmakers in the Philippines and Raymond feels grateful to be a part of it. “I’m so happy that “Ang Babae Sa Septic Tank” did really well. I think that’s a cause of celebration for all filmmakers. And for me it’s not anymore about, ‘O, you’re a commercial filmmaker,’ ‘you’re an independent filmmaker’ or ‘you’re an art filmmaker.’ For me it’s about good films, surprising films, films outside the formula making it and finding the audience they deserve. It’s good Filipino films, whether they’re made by a big company or a small company or a one-man team. Good films are good films. And good Filipino films are for me what we should be cheering on and what we should be demanding as the audience.”

“Zombadings” will hit theaters on Aug. 31 and Raymond is already feeling pre-opening jitters. “My stomach’s turning. I really can’t imagine the night of August 30th, where I’ll be, what I’ll be doing, how I’ll be feeling. Parang kailangan ko ng ka-holding hands.”