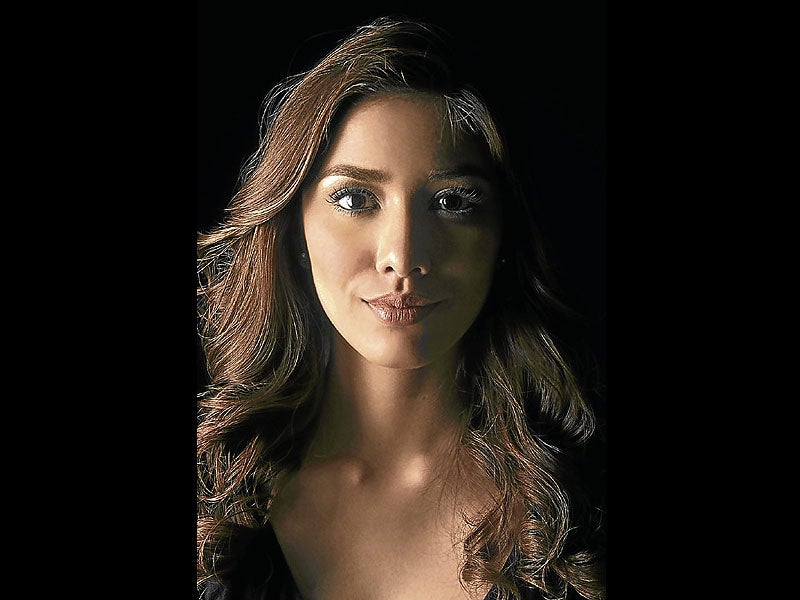 (Before the screening of “Zombadings: Patayin Sa Shokot Si Remington” at CCP even ended during the last day of this year’s Cinemalaya, we  knew we needed to watch it again.

One, because the audience was screaming and laughing so hard that you could hardly hear the dialogue.

And two, because it was hilarious.

Super spent an afternoon with some of the movie’s cast members—and, with the help of prosthetics artist Joel Cuenca, gleefully transformed some of them into our own version of Super zombies, the kind not eve my of Peashooters and Kernel-pults can defeat.) Your Zombadings character in five words: “She’s on a different plane.” (laughs)

Current projects: “I just wrapped Sisid, a TV series for GMA and I’ve started with a pilot for ABS. I’m doing a play in UP called Titus Andronicus. It’s an adaptation with Bembol Roco. This opens in September. I’m alternating with Shamaine Buencamino. I also have an indie film lined up.”

On always being cast as a mother: “I wish that it ends soon. You can quote me on that. Para sa akin kasi, if you want to cast me as a mother, give me a personality, don’t make me just someone who keeps worrying about her child, some crookedness.”

Dream role: “My favorite genre would be psycho thriller or black comedy. In Zombadings I kind of had a feel of it but I want to do more. But of course my character Mimi is simply adorable already the way she is. I like that, revealing some crookedness in her character, because we are all in a way dysfunctional. I want a role that would make people go, “Oh okay, I understand myself now.” Those are the kinds of characters I’m in love with and wish I could do.”

How do you feel about some people saying that the movie is antigay? “I really don’t get that. To me it’s empowering… The film starts with a kid who’s homophobic and in the end, there’s another kid who says, “Isn’t she beautiful?” How can this be antigay? I don’t get it. I really don’t. It’s like telling a homophobe, you wanna know how it feels? This is how it feels. It’s no different from the movie Tom Hanks did where he became a little boy. That’s not antilittle boy right?”

Why people should watch Zombadings: “Because it has a lesson. It’s not just a shallow funny movie. It has a message. It’s so witty. And I’m so proud that finally, ‘independent films’ like ‘Ang Babae Sa Septic Tank’ are now being shown all over. People used to say, imposible mangyari yan, we need to market movies that will make money… eh kumikita

naman pala eh! I’m so proud to be a part of this… This is the beginning of a new era for the film industry.”

What are your dreams for Philippine cinema? “To be this way. To go beyond what people want. To sometimes give what  people don’t want but they need, that they don’t know they need.  For them to watch and say, okay, it was good. For the word ‘indie film’  to go away already. It’s a film.” 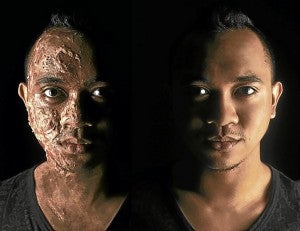 Current projects: “I’m doing a play Titus Andronicus. I’m also a singer, a musician and songwriter. I do solo shows six months a month at Casino Filipino  Pagcor branches. I’m part of the acoustic duo AvaNar with Ava Santos. We perform at weddings and special events. I’m also a part of Roving Theatre Adventures, a team that develops science shows for kids. We use theater as a tool to teach kids about science. We’re now in Science Centrum in Marikina. I’m also part of Sipat Lawin Ensembles, an edge work theater company. We do theater in the streets, in the CR, in the fountains. We are composed of alumni from the Philippine High School of the Arts in Mt. Makiling. We are doing a jejemon version of Romeo and Juliet and we will perform it in basketball arenas in barangays. We’re also doing Animal Farm sa mga lansangan.”

Dream role: “I’ve been imagining myself doing a period film or play as a male soprano during the Japanese era. Pangarap ko yun. I think I sound good as a sopranita (laughs).”

His feelings on always being cast in gay roles: “Hindi naman. I’ve been offered gay roles but deliberately tumatanggi talaga ako. Ito lang talaga, because ang saya nito. This is my first film na gay role. My first two films—I was in ‘Paglilitis ni Andres Bonifacio’, lalaking-lalaki ako doon as a witness. And ‘Recruit,’ I was part of that, isa ako sa mga sundalo.”

Why people should watch Zombadings: “It’s not another gay movie. At the same time, it is another gay movie but yung mga gay elements mixed well together. Hindi siya sumobra. The movie is edgy. At puno ng puso. When we were shooting it, it was fun. Fun, fun. Sabi nga ni Rebecca Black, “Fun fun fun fun.” (laughs) Yung fact lang na hindi pa siya may mga nakanood na ng tatlong beses, yung naghahanap talaga sila ng ways to watch it. And oh my god, Eugene Domingo and Roderick Paulate, how often can you get that combination? 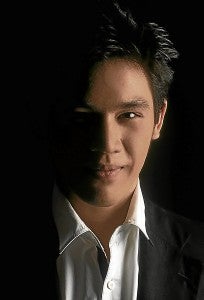 His inspirations in playing Remington: Roderick Paulate in Bala at Lipstick, Dolphy, Patrick Swayze in To Wong Foo and Jim Carry and Ewan McGregor in I Love You Philip Morris

Current projects: “Right now I’m concentrating on promoting the film. Our soap on TV5 has been moved to September. And Shake Rattle & Roll XII.” 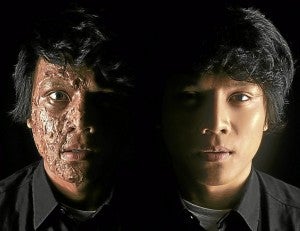 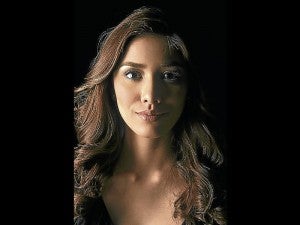 Your Zombadings character in five words: “Spunky. Serious. Astigin. She has a soft heart. May pagka-sweet siya.”

Why she said yes to Zombadings: “Teleseryes are fun but it’s different when you do a movie. And it’s different when you do an indie movie because here in this industry, they basically just revolve around romantic comedies and it’s nice to do something that has a solid story. I’m very thankful na napasama ako rito, napakaganda ng story, maganda yung cast, magaling yung directors, yung writers. Di pa kami nagpi-premiere but people are already dying to watch it.

We’ve been getting such good feedback already. To be part of that, that success, it’s a lot.”

Current projects: “Right now I just finished ‘Mula Sa Puso.’” Hindi naman ako nagmamadali, I have other stuff I could focus on. I’m finishing high school at Angelicum College. I’m trying to fix up my future for college. I’m applying to all the major schools, Ateneo, CSB, La Salle. I want to study Philosophy. I don’t want my whole world revolve about being an actress. I know I’m capable of doing other things. Why should I limit myself?”

Dream role: “Crazy person or a drug addict. Kasi hindi ako baliw and hindi ako drug addict so it would be a challenge.”

How do you feel about some people saying that the movie is antigay? “It’s not antigay. It teaches you one lesson—respect. You know that saying don’t judge me if you haven’t walked in my shoes? Yun yung nakuha ni Remington. Naramdaman niya kung paano maging bakla.”

Why people should watch Zombadings: “Because it is so hilarious. It’s so entertaining. You’re gonna get a lot out of it. It will open your eyes.”