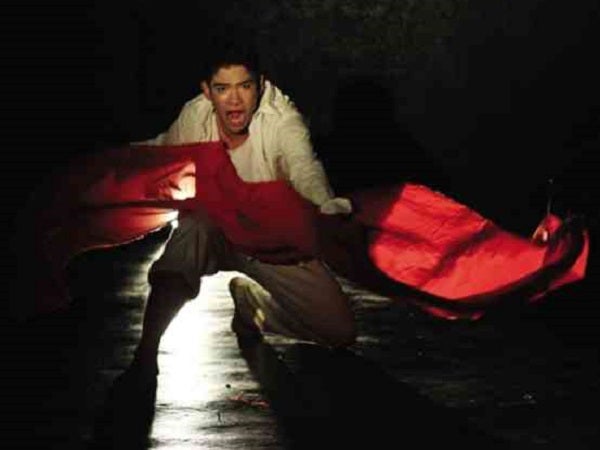 The production combines all three plays (“Agamemnon,” “The Libation Bearers” and “The Eumenides”), focusing on Orestes’ killing of his mother Klytemnestra as an act of revenge for her murder of his father Agamemnon. Orestes is brought to trial and the audience forms part of the jury.

Crisostomo uses his translator’s conceit in employing the English language convention of adding an “s” to pluralize nouns for his Tagalog adaptation title.

“It sums up the way I see the original trilogy,” he says. “It has three stories but all of them have the same structure. The trilogy has different characters but it still goes back to the same problem/issue and structure.”

“How does one render violent acts onstage? A wife killing a husband, son killing the mother. [This family] has a history of a cycle of violence,” Beltran says. “We have chosen to render this in a more abstract manner, hence, a more choreographic sensibility for ‘Ang Oresteyas.’”

“The work I did for that video competition has no influence at all in this staging. That video was more about understanding Graham’s choreography vocabulary. Graham’s work enters the discussion because one has to be aware of the versions of ‘The Oresteia,’ how it has been staged by others. But I have not seen the entire Graham work, so it doesn’t have much of an influence.”

“If there were, people could discern if a work was successful in its intention or not, instead of just concluding that they do not understand contemporary dance, in and of itself. Each work defines what contemporary dance is, that is the nature of contemporaneity.

“What characterizes the contemporary thought is a certain aversion to or suspicion of rigid structures, an inclination to inquiry and research, a porousness of boundaries. So what is important to me in ‘Ang Oresteyas’ is how I would give the work a choreographic sensibility, even if it is not identifiable as dance or contemporary dance.”