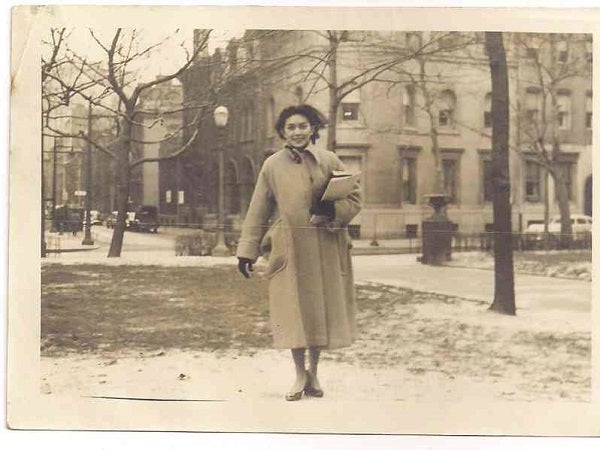 Fides Cuyugan Asensio is the recipient of this year’s Philstage Gawad Buhay! for Lifetime Achievement in the Performing Arts, along with director Nonon Padilla and choreographer Denisa Reyes.

So what led the opera star, dramatic actress and librettist (all the while being a wife, mother and a full-time voice mentor at the University of the Philippines College of Music) to the stage?

Confronted with this question, La Diva gives me a musical history lesson dating back to the 1920s and ’30s (she was born during the latter decade).

The decades of the ’20s and ’30s saw the Americanization of the Philippine Islands (as the country was then called), she recalls. “I first saw the light outside my mother’s womb in the midst of these decades. ‘Talkies’ (movies with sound) were the rage then and so was Shirley Temple, the bedimpled, fair-skinned, golden-curly haired American child actress and singer.” 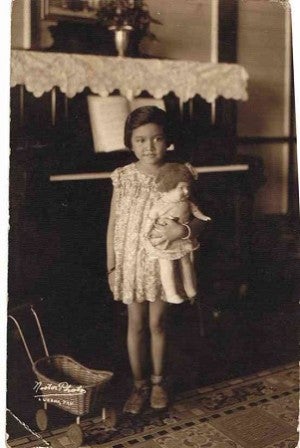 And so, encouraged by her parents, she found herself “singing and dancing or going through the motions of dancing and acting like the golden-haired doll my parents and I saw over and over on the silver screen and in magazine photos.”

“I gathered the neighborhood kids as my cast (we were all out of school in the early part of WWII),” she narrates. “And with the war raging around us, we performed for parents and household help.”

Fast forward to the ’60s. By now a leading opera singer, La Diva ventured into TV with the ground-breaking “Sunday Sweet Sunday,” which brought opera and Broadway musicals to a wider audience. Her singing partner was tenor Jimmy Melendrez, and it was here that her talents as a writer developed. They were running out of existing operas and musicals and so, with no budget for a writer, she wrote the librettos based on fairy tales and folklore, Filipino as well as foreign.

Since then, she has written eight two-hour librettos and lyrics for the theater, six of which were successfully staged in various venues and two which toured several US cities. Another two works are now in production, scheduled for November this year and April 2014.

“Because of an acute lack of a regular opera season,” Fides notes, “my addiction for acting triggered by Shirley Temple found me performing intermittently on TV and the legitimate stage and finally in movies.”

There were no acting challenges until Peque Gallaga’s classic “Oro Plata Mata,” in which she played an imperious Visayan lady to the manor born, and transplanted by the Japanese invasion to Negros Occidental.

It would take 30 years before she landed another significant role in the movies, and in an indie at that: “Niño,” a Cinemalaya film directed by Loy Arcenas.

“I have found a perfect medium for actors in their senior years who still enjoy physical and mental health to indulge in,” she says triumphantly. “I am now preparing for another major appearance in an indie.”

Her favorite roles are Doña Luisa in the opera “La Loba Negra” by composer Francisco Feliciano with lyrics/libretto by herself; Juana la Loca in the rock musical “Lapu-Lapu” with music by Toto Gentica and libretto/lyrics by Henry Tejero; Titania in a Filipino translation by Rolando Tinio of Shakespeare’s “A Midsummer Night’s Dream;” and Inday in the Gallaga-directed film “Oro, Plata, Mata,” written by Joey Reyes.

The tragic Sisa in National Artist Felipe Padilla de Leon’s “Noli Me Tangere: The Opera” (libretto by another National Artist, Guillermo Tolentino) was another signature role, but she does not consider it her favorite “maybe because it’s so super-overdone na!”

Of the three disciplines she has mastered—singing, acting and writing—“classical singing is the most demanding and short-lived, especially in the category of my voice quality: coloratura soprano. Singing in classical opera requires being an actress with certain modifications pertinent to the requirements of singing technique of certain works, size of the opera venue, and personal physical considerations.”

“The advent of electronic amplification has made it easier to be a stage actress at any age,” she adds. “This does not, however, hold true for actors singing classical opera. For singers acting out roles in classical opera, the slightest aging of the body poses many problems—no matter the electronic age of amplification which, in some instances, makes the problem even more noticeable to the audience—especially in a venue with faulty acoustical design.”

As for being a librettist, as long as one remains creative and with mental faculties intact, “the older one gets the better the end product,” she maintains. “Years of living, laughing, crying and suffering contribute to every word of every page of a story written for the lyric stage.”

Wearing three hats did not really exact a toll on her.

“Looking back on the many decades of my eclectic career, it seems like one hat just changes position on my head without notice. I just adjust it to the opportunities and circumstances presented at a given moment, and enjoy myself to the max! And if at times opportunity is nowhere to be found, I pray for one. It has never failed. Of course, without the support of friends, family and prayers, I wouldn’t be writing at all. I would be singing a medley of the five musical mad scenes I have performed in my singing career.”

As an artist and as a woman, La Diva has learned “through the many years (80+ and counting) that no matter what each day hands out to you—joy or sorrow, triumph or failure, comfort or pain—‘it, too, shall pass.’”