Be ready to get drenched in CDO | Lifestyle.INQ ❮ ❯ 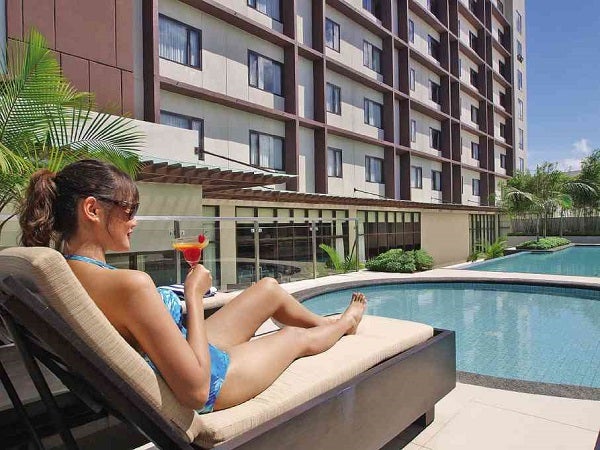 Be ready to get drenched in CDO

Travelers to Cagayan de Oro City should be ready for one thing, whether they visit during the summer or rainy season: They will get drenched, because in the “City of Golden Friendship,” water is the main tourist attraction.

Thrill-seekers usually head to CDO River, the natural boundary between the city and Bukidnon, to try out white-water rafting.

Depending on the level of adventure you want, choose between three guided courses: beginners, which takes roughly three hours to complete and will take tourists through 14 rapids; advanced, which has 21 rapids and takes around five hours to finish; and extreme, a two-day rafting adventure which requires you to camp overnight by the river.

The beginners course, best for first-timers, and family-friendly, starts with an orientation at the jump-off point, which is roughly 30 minutes away from the city proper. A guide is assigned to each raft; one raft can comfortably seat six to seven people.

Tourists are taught two basic paddling techniques, forward and backward. Guides shout out commands (“Forward!” “Backward!” “Stop!”), depending on what’s needed to maneuver through a rapid. Our favorite is “High five!”—basically, you do a high-five with your group using your oars instead of hands.

Some rapids are pretty easy to go through, while others are a bit more technical, especially if they form whirlpools or if the current might push the raft toward a rock wall. If your raft capsizes (yes, there’s a good chance of it happening), the guides advise that you float on your back and let the current take you instead of swimming against it, until one of them can fish you out of the water.

Bugsay River Rafting (www.bugsayrafting.com), one of the rafting companies that conduct guided tours, provides its guests with helmets and life vests as an added safety precaution.

If you’re looking for a more “hidden” water adventure, head to Mapawa Nature Park (www.mapawa.com), also just a mere 30 minutes away from the city proper. The 2,500-ha eco-park, managed by the family of the late statesman Emmanuel Pelaez, was originally leased by them from the government for ranching in the ’60s.

The family then shifted to industrial forest management in the ’90s and committed to planting 1,800 ha of indigenous trees.

“Our area is very critical to Cagayan de Oro. It’s between two river systems that drain to Makahalar Bay. On the eastern side, we have the Cugman River; on the western side, the Bigaan River. You’d never hear of flash floods where our area is located,” says Jojo Primne, company forester. “I think we contribute to that—preventing destructive flash floods in Cugman River and Bigaan River.”

The highlight of Mapawa, which was opened to the public only in 2002, is its five-hour river trek. Aside from exploring the forest, one will get the chance to jump off, slide and rappel down waterfalls.

The first major stop—and challenge—is sliding down a small waterfall. It’s the easiest of all the waterfalls to “conquer”: The natural rock slide is only a few meters long with a gentle slope. Tip: Tuck your elbows in to avoid unwanted scrapes, and pinch your nose so water won’t go in. And wear shorts or trekking pants you won’t mind getting slightly damaged.

The next falls and obstacle are as much fun as they are a test of courage, and here, you have two options: slide down the 25-foot-high falls, or just jump straight into the water.

The jump actually looks easier, since this rock slide is a lot steeper and higher than the first, and has a slight curve that could cause elbow scrapes. If you do decide to jump, just do it—don’t pause to think or stare down at the water below, lest you get cold feet.

Besides, after accomplishing that feat, something yummy awaits you once you get out of the water: a binalot lunch, chicken adobo wrapped in banana leaf.

After lunch, guests will have to rappel down the side of a 65-foot-high waterfall, then continue their trek through more water, rocks and forest before finally reaching the endpoint.

Just like with white-water rafting, visitors who do the trek are made to wear helmets and life vests for safety. Since the trek will also mostly pass through water and slippery rocks, it’s best to wear rubber sandals or shoes with traction.

And because, yes, you will get soaked, forget about bringing those cell phones and wallets, or other gadgets, unless they’re waterproof and shockproof (Ziploc bags won’t do). Leave them at the hotel or in a locker provided by Mapawa at the reception area.

An urban lifestyle hotel in CDO

“With Seda, we extensively studied what guests really need,” said Al Legaspi, AHRC chief operating officer. “People ask what the difference is between a five-star and four-star hotel—a five-star hotel has a lot of things that you don’t really need, like fine dining, butler service.”

One of Seda Centrio’s best amenities is its fast and free WiFi, “the No. 1 requirement of guests nowadays,” said Legaspi. Each of Seda Centrio’s 150 rooms has a media panel with HDMI, USB and A/V connectivity, making it easy for guests to connect their phones or cameras to the 40-inch LED TV and view photos or videos of their day’s activities.

The hotel did not scrimp on sockets in its guest rooms, so one has no trouble charging different gadgets at the same time.

“The beds are also super comfortable,” added Legaspi. “The first time I slept in a Seda hotel was one of the best sleeps I had in a long time.”