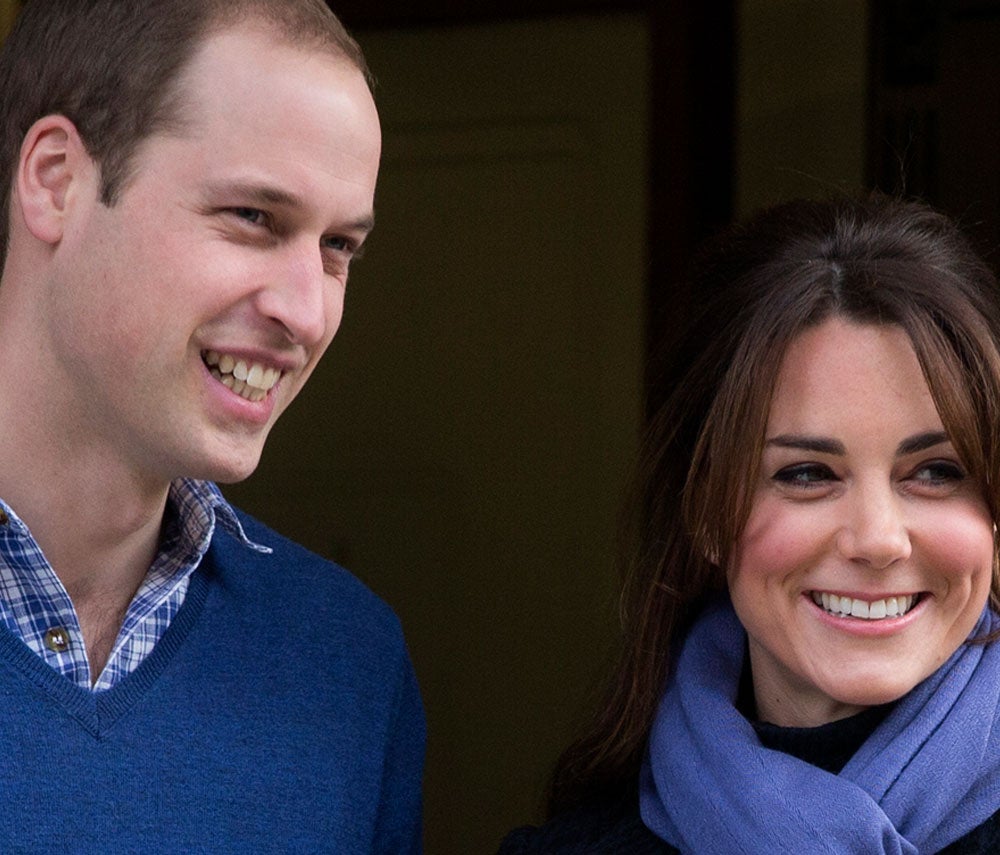 This is a Thursday, Dec. 6, 2012 file photo of Britain's Prince William stand next to his wife Kate, Duchess of Cambridge as she leaves the King Edward VII hospital in central London. With Prince William and the former Kate Middleton expecting their first child in mid-July _ and much of the world interested in the birth of a future monarch _ officials at Clarence House have released some of the couple’s plans, although many details are still being kept private. Kate has made several public appearances recently but is expected to keep a low profile in the final weeks of her pregnancy. AP Photo/Alastair Grant, File

PARIS—Even before the birth of the new British royal baby to Prince William and his wife Kate, genealogists are looking into its family tree, and are coming up with many surprises.

The baby’s relations will stretch from a simple Parisian actress via the Dracula princes in Romania, to even an Islamic sultan from Seville in Spain, who descended from the Muslim Prophet Mohammed, experts say.

The family tree of the baby’s father Prince William, who is second in line to the throne, is strongly tied to the European Gotha line.

There one finds, alongside all Britain’s kings, the sovereigns of Greece, Denmark, Sweden, Russia, Austria, Spain and a good number of German sovereigns.

The British family was called Saxe-Coburg-Gotha until 1917, date on which, mired in a war with Germany, it opted for the name Windsor.

On the side of the mother-to-be Kate Middleton, on the other hand, there is a majority of commoners.

The late “Queen Mum”, the mother of Queen Elizabeth II, and Princess Diana, William’s mother, were not born princesses.

The future king or queen of the United Kingdom will be cousin with a large number of his or her subjects.

The paternal forefathers of Kate, who is known as the Duchess of Cambridge, were relatively well off.

However, “on her mother’s side she has largely working class ancestry from the English north,” Scott Steward, member of the New England Historic Genealogical Society (NEHGS) and the co-author in 2011 of a book on Catherine Middleton’s family tree told AFP.

One also comes up with a certain Arthur Lupton who taught English to German poet, playwright and scientist Johann Wolfgang von Goethe.

More unexpected, is the discovery of Edward Thomas Glassborough, who was put behind bars in 1881 in London’s Holloway prison. The reason for his imprisonment remains a mystery to this day.

But there are other surprises in store in the royal family’s family tree. Through Queen Mary, the wife of King George V, who ruled from 1910 to 1936, the line stretches back, according to Beaucarnot, right to the princes of Transylvania and Walachia in Romania.

That leads back in the fifteenth century to the Princes Dracula. Among them figures the Voivode Vlad III, also known by his patronymic name Dracula, who was posthumously dubbed Vlad the Impaler. He inspired, by his cruelty, the Irish writer Bram Stoker’s famous vampire.

Another discovery: a certain Hyacinthe-Gabrielle, an actress at Paris’ Palais Royal, brought to England during the revolution by her lover then husband, the Marquis of Wellesley and a direct ancestor of the “Queen Mum”.

Via another French woman, a protestant noblewoman born in 1639 in France’s region of Poitou, the child will even be a cousin of late French president Francois Mitterrand, while her mother is related to the first president of the United States, George Washington

Through its grandmother Diana, the royal baby will have a link with the families of Winston Churchill and Lord Marlborough, who inspired a popular French folk song.

On the side of celebrities, there are links to the American actress Ellen DeGeneres and the British film director Guy Ritchie, the former husband of Madonna.

But the most astonishing discovery is a little-known ascendancy of one of its distant ascendants, the queen of France, Marie de’ Medici, descendant of Alphonse VI of Castillia, who died in 1109.

His fourth wife Zaida, who was an Islamic princess converted to Roman Catholicism, had as an ancestor, according to Beaucarnot, “a king of Seville considered a direct descendant of the Prophet Mohammed”.