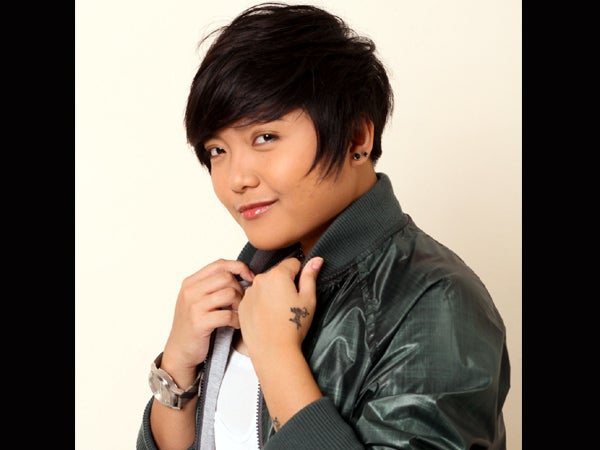 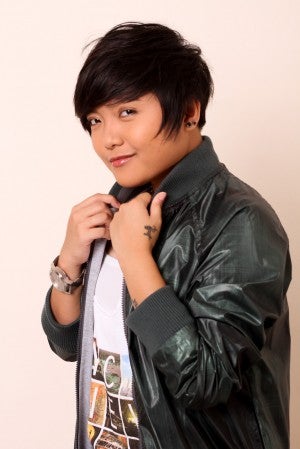 On a rainy afternoon in Cabuyao, Laguna, Charice decides to bare all.

She first takes off her leatherette jacket, then a printed tank top. Tucking in the spaghetti straps of her sando, she deftly turns it into a tube top.

With her nape and shoulders exposed, Charice’s most recent tattoo—the phrase “Let’s start with forever” underlined by feathered wings—becomes more prominent. She is told to look strong and fierce in her living room’s makeshift studio.

“Inay, inay (Mother, mother)!” Charice says in mock fear as she crosses her arms over her shoulders, turns to the side and looks past the camera. She repeats the supplication a few more times during the shoot, her bemused tone providing a sharp contrast to her piercing expression.

Between takes, Charice hums the chorus of David Guetta’s “Titanium,” a song she performed for ANC’s “Hot Copy” a few days ago.

“I’m bulletproof,” she sings, “Nothing to lose/ Fire away, fire away.” Her voice is smooth, the control unmistakable, reminding the listener once more that this is the Filipino phenomenon who swept the world with her powerful vocals.

But Charice holds off on the pitchy high notes. She says she no longer needs them and that her new image—the mischievous swagger underlined by the tattoo “A Child Called It” imprinted on her right forearm-calls for a different, more soulful genre of music.

Her quiet confidence is palpable in the room. “Am I ready for mature roles?” she asks in jest, glancing at her manager and entourage. “Puwede na ba (Can I now)?”

By now, the whole country—nay, most of the world—has heard her little secret.

Over national television on June 2, Charice Pempengco, 21, confirmed her sexual orientation, what most people might already have surmised given the mannish buzz cut suddenly replacing the girlish locks.

“Opo, tomboy ako (Yes, I am a lesbian),” she admitted during that June interview.

Her announcement came at the heels of countless rumors in the social media. Netizens watched with awe and horror as the popular pint-sized singer transformed herself with that chopped blond hair and oversized shades on “The X Factor Philippines.”  The Internet would later bloom with photos of her tattooed forearms peeking out from boyish polo shirts.

It would not be the first time that a popular showbiz celebrity would come out of the closet, but Charice would be the first of her caliber and international status to do so in recent times.

Showbiz insiders were privy to her secret, but fear of being rejected by homophobic fans kept the singer mum on the issue for several years.

Charice had felt different even when she was 5 years old, but it was only early this year when she felt ready enough to embrace her real identity.

It was not an overnight decision.

Among her closest friends and family, Charice would talk to Glenn Aldueza, who quickly shifted roles from being childhood friend to her business manager in the Philippines. She talked to Star Records, and found welcome support in being marketed with a new image and sounds.

And she talked to her girlfriend, Alyssa Quijano who, she says, gave her the confidence and strength to push through with the announcement.

Her mother, however, proved to be a more difficult story. “We are not yet okay,” says Charice, “but I understand why.

Despite that setback, the singer knew it was now the perfect time to share her secret.

These, says Charice, were her exact words to her producers in the United States in December last year. It was just after “The X Factor” wrapped up production at the height of the Internet bashing.

The backlash would prove to be a major factor in her decision to come out. “If I’m going to start working again with a new everything,” she says, “I don’t want to hide anything and I don’t want to fool people any longer.”

She adds, “At that time, there were a lot of bashers, a lot of speculations. And I was thinking, ’That’s enough.’ If it continued just a little more…”

Here, Charice pauses, attempts to speak and stutters. In the end, she settles for a simple statement: “I wanted to answer them. I wanted to come out.”

When she did come out, the reactions were polarized. Most online reactions expressed support and lauded her for her courageous decision. Others were downright hostile: “Why?” “How could she?,” “She didn’t need to hide it.”

Even veterans in the entertainment industry had mixed reactions to the announcement. For every Lea Salonga tweeting, “More power, blessings and love to you!” there would be a Kuh Ledesma saying, “I don’t know if that was the right thing for her to do.”

“What I wanted to do was very risky,” Charice says, “We will either go down or rise. We’re just going to have to accept whatever happens.”

However, even the girl dubbed by Oprah as “the most talented girl in the world” could not escape showbiz expectations.

Fixed on people’s minds was the little girl image she had when she did well in “Little Big Star” and succeeding talent tilts. She always wore dresses, hair neatly done in pigtails, everyone’s sweet little sister.

Even when her videos went viral and reached the likes of US TV host Ellen DeGeneres and singer David Foster, her managers and handlers did little to change the public’s perception.

“They just tried to make it better,” she says. Or, as she would admit later, make it safe.

Because, as is common in the entertainment industry, beyond talent, positive public perception and acceptance are prerequisites to fame.

In the Philippines, mainstream acceptance of the lesbian, gay, bisexual and transsexual (LGBT) community still has a long way to go although exposure to other cultures, particularly Western influences, has fueled support for what the Ladlad party-list insists is a marginalized sector in the country.

But the country is also caught in the crosshairs of Catholic dogma that regards homosexuality as an aberration.  Interviewed on the issue, Fr. Melvin Castro, executive secretary of the Episcopal Commission on Family and Life, described Charice’s coming out as an “identity crisis,” and said that “with spiritual counseling, she may still realize that she is really heterosexual.”

The divide is clear in a 2013 survey on “The Global Divide on Homosexuality” by the US-based Pew Research Center that says 73 percent of Filipinos felt homosexuality should be “accepted by society.”

The same survey rated the Philippines a 2.5 out of 3 on a scale of religiosity.

Is this indicative of changing times for the country? Jonas Bagas, executive director of TLF Sexuality, Health and Rights Educators Collective Inc. (TLF Share), is not convinced.

“I think that the study only reflects the perceived acceptance of the LGBT community based on the high visibility of gay entertainers. It’s an acceptance [that is] contingent on how you fit the acceptable stereotype—the gay entertainer, the creative, talented bakla, the lesbian security guard,” Bagas adds.

Outside these stereotypes, there is only rejection, he says. Just last month, comic artist Pol Medina stirred controversy with his strip on lesbians among students and nuns at a private all-girls’ school.

During an audition for one of the many singing contests she used to join early on, Charice was rejected based on her appearance.

“(The organizers) blocked me, No. 25, from entering the room,” she recounts. “The lady told my mother I was not pretty enough to make it.”

But Charice did not give up. She auditioned for the same contest in a different location. “They fixed me up, though,” she says. “Put on a dress, a little make-up.” Not surprisingly, she impressed the judges and made it.

“I still remember the same lady who blocked us the first time. After she congratulated me, I faced her and asked, ‘Don’t you remember me? I’m the same girl you said wasn’t pretty enough.’”   She received an aghast reaction, Charice recalls.

It is with the same newfound confidence in her identity that Charice is pursuing her career now that her little secret is out.  She believes her fans would come to respect it, although she is also aware that universal acceptance would be a slow, ongoing process.

The wait, however long, is not a problem. Charice is comfortable with it, and knows that time is on her side.  Who was it who said that everything is possible?  As for the impossible, well, it just takes a little more time. •