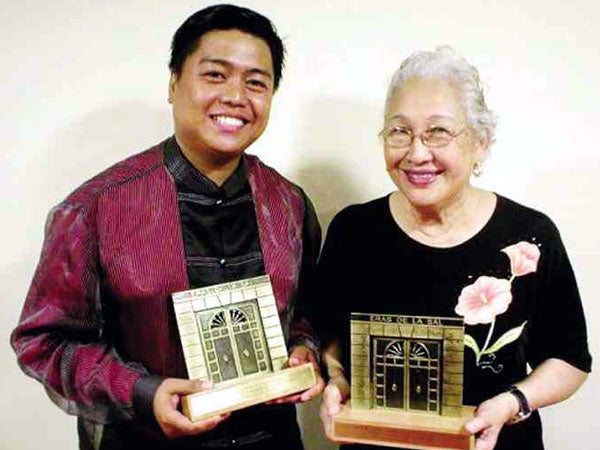 “Tita Andy has been comatose for many years,” Millado said.

Veneracion is founder and former choirmaster of the world-acclaimed Philippine Madrigal Singers or Madz. She founded Madz in 1963.

Her death came just a month before the CCP was about to hold the first Andrea Veneracion International Choral Festival.

In December last year, the CCP announced the festival will be held on August 8 up to 11, 2013, in all venues of the CCP. It aims bring choral groups from the Philippines and all over the world to compete in folk music, vocal ensemble and chamber choir.

The competition is also meant to celebrate the 50th anniversary of the Madz.

Millado on Wednesday afternoon said the necrological service and tribute to Veneracion will be held on July 14 Sunday 9 a.m. till 11 a.m. at the CCP Main Theater (Tanghalang Nicanor Abelardo).

“Arrival honors start exactly at 8:45 a.m. , departure honors at 10:45 a.m. Choirs, musicians, singers, members of the artistic community, friends and the public are invited,” he said.