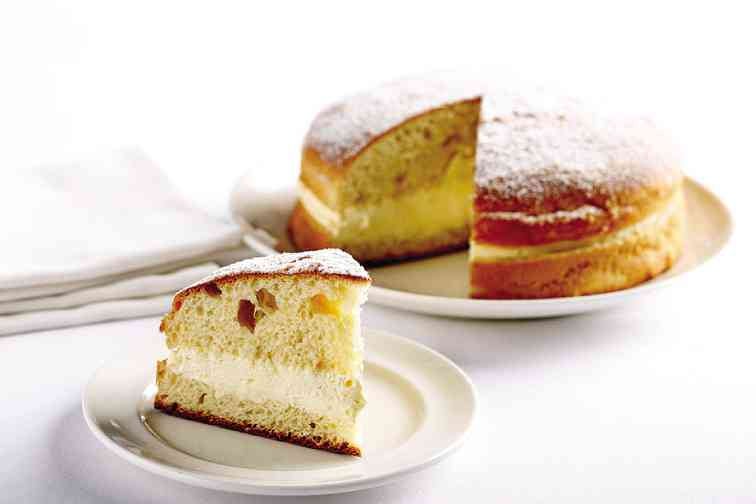 It was a Tour de France but the bicycles roaming about were not in competitive mode because the riders were merely showing off the products offered. And the route was only within Sofitel’s Spiral.

July is considered French month at the hotel, partly because there is the best-known bicycling competition happening during this period, the Tour de France, and mainly because Bastille Day is celebrated on the 14th.

And for Sofitel, it’s also one way to remind one and all that this hotel is the only French luxury international hotel brand. And throughout July, food will be from various French regions—Nice, Perigord, Britanny and Savoy.

We were there for the Nice leg of the tour (though we had a tasting of the other regions) and we had the best guide, regional chef for Asia Pacific Eric Costille, who is from this southeastern coast of France. The food is Mediterranean with strong Italian influence, such as onion pissaladiere, which is basically an onion pizza.

If one talks about Nice, can Nicoise salad be far behind? But there are other vegetable choices such as the Pistou soup, my favorite (though not cooked the day we were there), and the Tian, an accompaniment for meat and seafood dishes.

And dessert was Tropezienne tart, a simple brioche that sandwiched butter cream and pastry cream. I liked that this dessert is light on the stomach in spite of it being a sort of bread.

This week it’s Perigord’s turn, and if you know your foie gras, this is the best place to get the best of duck and goose liver. There will be Duck Confit Casserole and the promise of an exciting aroma from the sautéed Porcini with Truffles.

Lined up for Britanny week are mostly seafood, the most famous being MUSSEL Mariniere, mussels in white wine, herbs and a bit of cream. I am excited to taste the Buckwheat Crepes with a filling of seafood and Emmentaler cheese.

And in the last week, food will be from the mountain environment of Savoy. The more familiar dishes include Quiche Lorraine and Potato Reblochon Cheese Gratin.

Damien Marchenay, director of food and beverage, brought us on his own tour through the wines of Nice, Bordeaux and Savoy (Britanny is not a wine-growing region), stopping to taste what wines were offered along that route.

We started with the wine from Nice, a Domaines Ott, Clos Mireille, Côtes de Provence Blanc—refreshing even if it was dry.

In Bordeaux, which is known for its reds, there is an exceptional white: the Château Hostens Picant, “Cuvee des Demoiselles.” The wine notes suggest aromas of fruit, herbs and woods more familiar to French noses than ours. Those who like white wine will find this engaging. We liked its light flavor but we don’t think the wine may compliment the heavy Perigord casseroles.

On July 13, the eve of Bastille Day, there will be a fireworks display at the poolside. And on July 14, Bastille Day, brunch will include unlimited French champagne.

From July 30 until September, BB Forever, an exhibition of photographs of the French actress Brigitte Bardot, can be viewed at Le Bar.

My piece on local wines last week drew some corrections and more information.

Dan Ceballos wrote that juniper in Dutch is not genver but “jenever” (j pronounce as “y”). I consulted my trusty Encyclopaedia Britannica (still the printed kind) and this is what it said: “The name of the beverage comes from the French name for the juniper berry, genièvre, altered by the Dutch to genever and shortened by the English to gin.”

Rene Guatlo, on the other hand, quoted from the Catholic Encyclopedia a long entry about what is allowable altar wine. He was curious what the Church had to say about laksoy being used in Barrio Babag, Butuan. It seems that the only altar wine allowed is “the pure juice of the grape naturally and properly fermented.”

The entry included what is allowed when the wine becomes sour and how to conserve weak and feeble wines. The restriction didn’t surprise me, because, to make the Holy Host, rice isn’t allowed to be used as a substitute for wheat.

And then a list from Hernando Hernandez from Mataasnakahoy in Batangas was hilarious and added to the drinking terms in our language. Here are the choice ones.

1. Almusal tigre—when friends have a round of drinks before or with breakfast, breakfast meaning a cup of kapeng barako. On Sundays it’s called almusal tigre bago lumabas ang first mass, which is usually around 7 a.m. when the dressed-up folks from church pass by.

4. Pampasag-uli (to rejuvenate)—drinking Red Horse after waking up usually to cure a hangover.

5. Tatak kabayo—named after Red Horse, a local strong beer brand and a passable substitute for gin. It’s for when you have company and you want them to think you have money to spend, or when you have just won in sabong or jueteng (cockfight, numbers game).

7. Iglesia ni San Miguel—We who kneel at the foot of the Devil Slayer.