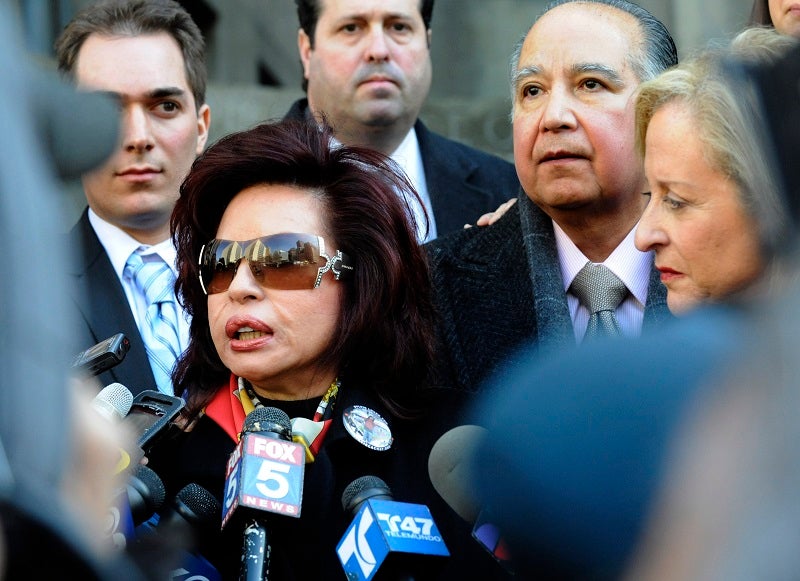 NEW YORK— The playboy boyfriend of a fashion designer was convicted Thursday of strangling and drowning her in the bathtub of a U.S. hotel room after a tumultuous six-month relationship.

Nicholas Brooks, whose father was an Oscar-winning composer who wrote “You Light Up My Life,” put his face in his hands as the verdict was read. His girlfriend, 33-year-old Sylvie Cachay, was found partially clothed in an overflowing tub on Dec. 9, 2010.

The judge set a sentencing date of Aug. 26. Brooks, 27, faces a possible sentence of 25 years to life in prison.

“Today justice was done, but the pain is immense, and it will never go away,” Cachay’s mother, Sylvia Cachay, said in Spanish.

Defense attorney Jeffrey Hoffman argued Cachay drowned accidentally, passing out from an overdose of prescription pills she took to treat migraines and fibromyalgia, a disorder that causes widespread pain. He said investigators rushed to arrest Brooks because they needed a suspect in the high-profile killing.

Outside court, Hoffman said he was “very disappointed” and would appeal.

Prosecutors sought to show that Brooks strangled Cachay because she was breaking up with him. The medical examiner ruled that forcible drowning and strangulation caused her death, in part because of bruising on her neck and burst blood vessels in and around her eyes.

Cachay worked as a designer for Marc Jacobs, Victoria’s Secret and Tommy Hilfiger and had her own swimsuit line.

Brooks was a college dropout who worked odd jobs, and prosecutors said he had a penchant for escorts and marijuana.