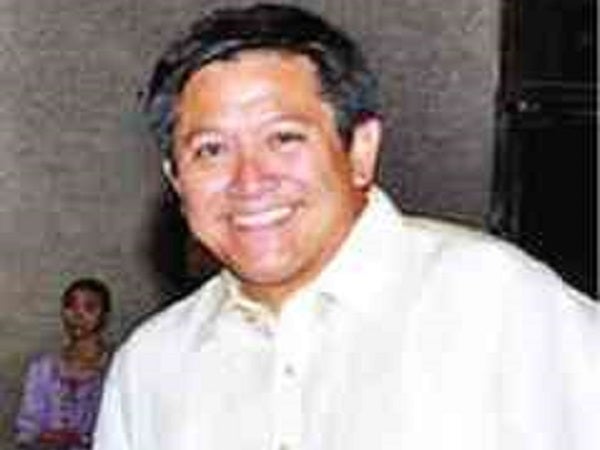 His assuming the reins as Tanghalang Pilipino’s (TP) new president is a homecoming of sorts for José Luis “Jolly” Reyes Gomez. A businessman who oversees many companies as well as a scion of the family that owns Aristocrat Restaurant, the man says he has always loved the dramatic arts (he was present during TP’s founding 27 years ago) and would like to see its resurgence, especially in the Philippines.

He has a chance to do just that in his new position, which Gomez describes simply as “to do the business side.” Too often, he says, undermanned theater companies have their creative heads do their operations, financial and marketing aspects as well, in the process crippling their Muse.

“If Nanding [Josef, TP’s artistic director] runs the day-to-day operations, that will restrict his art. My job is to do the business side and allow Nanding to create and continue to create.”

One of the strategies Gomez wants to do this year to increase TP’s audience development, and thereby ticket sales and revenues, is to bring its productions outside Metro Manila to surrounding provinces. This, however, would mean a partnership with the local government units, especially when it comes to building theater venues with the appropriate lighting and sound system.

Gomez says many auditoriums in the provinces are equipped for basketball games, school pageants and other activities that do not consider the requirements of a bona fide theater production. Still, the man who has been a commissioner of the Philippines Sports Commission since 2010 remains optimistic.

“Kapag magpapagawa ka ng basketball stadium sa probinsiya na may aircon, that’s P25 million. But a good theater [for drama] will not cost more than P5 million. We want to build more intimate theaters across the country with 100-200 seats. The LGUs have to understand that [theater] can be profitable and earn funds.

“There are so many schools that have auditoriums but [are not built for] theater. The reason they don’t invest in it is that there is no content,” he says.

This is where theater companies like TP can come in with their new slate of productions every year. And, given Gomez’s new vision of growing a new audience among young people, perhaps it is almost appropriate that fatherhood would be TP’s theme in its 27th season this year. As Josef puts it, “Fathers figure as the symbol and shapers in human society.”

The timeless tale of a shoemaker father’s undying love for his child with a physical disability can be seen in “Sandosenang Sapatos,” directed by Tuxs Rutaquio and written by playwright Layeta Bucoy, the recent winner of Philstage’s Gawad Buhay! for Best Original Script for the one-act play “Doc Resureccion, Gagamutin ang Bayan.”

“Sandosenang Sapatos” is a musical, with Noel Cabangon and Jed Balsamo as music composer and arranger, respectively. It opens tonight and will run until July 21 at the Tanghalang Batute at the Cultural Center of the Philippines (CCP).

A centerpiece of TP’s new season is “San Andres B.,” an opera that will celebrate the 150th year of Andres Bonifacio, the original father of the Philippine revolution. The opera boasts of a libretto written by National Artist for Literature Virgilio Almario, direction by Floy Quintos and music by Chino Toledo, with a live orchestra and professional opera singers and actors.

The linkages to paternal influence may not be as obvious in “Der Kaufman,” an interesting rendition of William Shakespeare’s tragi-comedy “The Merchant of Venice.” Playwright Rody Vera builds on an initial translation of the play by the late theater giant and National Artist Rolando Tinio. Tuxs Rutaquio again directs. “Der Kaufman” will run Sept. 27-Oct. 13 at Tanghalang Batute.

Another father rears its image in the next play, and this time, it is the other extreme of a cruel and unjust one. Nick Joaquin’s “Mga Ama, Mga Anak”—based on Joaquin’s short story “Three Generations,” about a bitter, manipulative patriarch whose iron hand almost destroys the lives of his children and grandchildren—is given a new theatrical lease on life by a powerhouse creative team consisting of playwright Pete Lacaba and director Joel Lamangan. It will run Feb. 21-March 9, 2014, at the Tanghalang Tolentino.

TP is also restaging the critically acclaimed “Ibalong,” a musical reimagining of the Bicolano epic written by Vera and directed (again) by Rutaquio, with music by Carol Bello. “Ibalong: The Musical” will run Aug. 30-Sept. 15 at the Tanghalang Tolentino.

Gomez says the timelessness and relevance of the themes in these productions, along with their creative design, can bring in the audiences if they were staged outside the metro. To generate buzz in the areas prior to the staging, scenes from the various productions could be performed in public places like the malls.

TP’s new president admits some of his audience-development plans are “ambitious,” but remains steadfast in his belief that it can be done.

“Here in Manila, it’s already entertainment overload,” he says. “We should be bringing [the productions] out.”