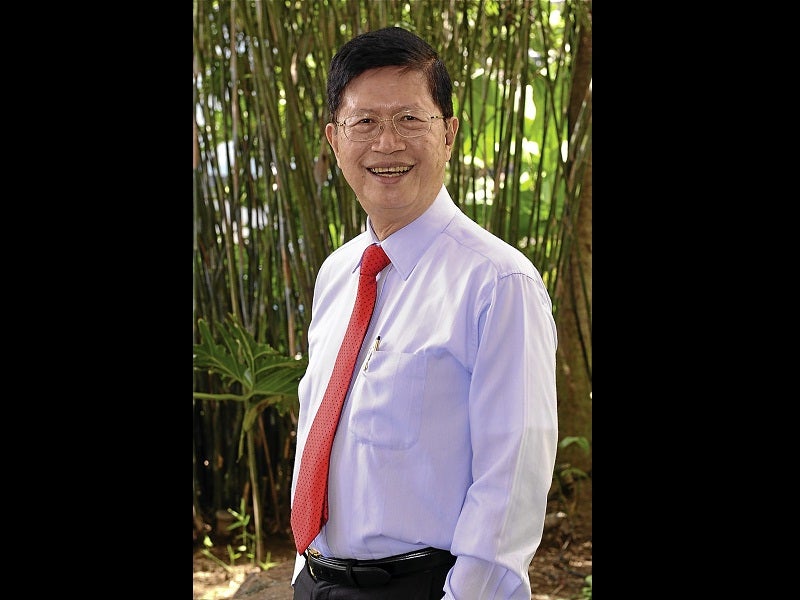 How Ayala Land is upping the ante 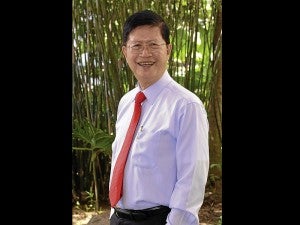 In Davao City, the Bajada district has been synonymous with commerce and the concrete jungle. Last summer, Abreeza Mall transformed the drab gray landscape into a tableau of green spaces and varicolored outlets, enhancing business in the process.

Meanwhile, Davaoeños savored their coffee and meals by the lush garden and fountain area and queued at such Manila-based brands as Terra Nova and Bread Talk.

Situated on a property owned by Antonio Floirendo’s Anflo Group, Abreeza has become the new epicenter, as it is located across the Redemptorist Church and a five-minute walk from Victoria Plaza, the city’s oldest mall.

Some 30,000 people visit and shop at Abreeza every day. Abreeza offers many firsts in the city such as Parfois, Promod, Fully Booked, Payless, Nine West, Debenhams, Marks & Spencer, Italianni’s and Friday’s.

The 320-store mix also fuses local innovations such as Hukad and Moon Café from Cebu; Bigby’s from Cagayan de Oro; Grab-a-Crab from General Santos City; Tsuru, Hanoi and Ranchero from the city. Tourists get their souvenirs from T’nalak owned by Maricris Floirendo-Brias.

The developer Ayala Land Inc. sees the potential not only of adding stores but also building a businessman’s hotel called Kukun Hotel Abreeza, the 26-story Abreeza Residences and BPO (business process outsourcing) and office spaces linked to the mall.

Fueled by past successes, Ayala is bullish about replicating this live-work-and-play concept in other parts of the country. Building epicenters or central business districts is nothing new to Ayala, given its development projects in Makati, Alabang and Cebu. What’s new are the growth opportunities in other provinces once considered laid-back: Baguio, Cagayan de Oro, Iloilo, Bacolod, Subic and Palawan.

Too, ALI is dusting off its elitist image and marketing with the launch of Amaia Scapes, affordable residential villages in Laguna, Bacolod, Cabanatuan and Nueva Ecija, catering to the growing middle class.

On top of that, ALI is expanding its hotel and resort operations, some of which will be part of the mixed-use developments.

“It comes with a lot of effort in securing a large-scale development. Put a great master plan. Acquire the elements to make it the center of gravity in every location we’re in—office, residence, hotel, retail and green spaces.”

In the pipeline are:

Baguio-Ayala Land Technohub. Located in Camp John Hay, it is designed for BPO offices and retail clusters that are partly inspired by the architecture of the old American homes there. It provides the convenience of a neighborhood shopping center and hangout.

Centrio, Cagayan de Oro. Also a joint venture between ALI and Anflo Group, it will be a regional shopping center that carries a host of mainstream and local brands and dining concepts, coupled with a boutique hotel and Avida Centrio, a self-contained residential community.

Iloilo-Ayalaland TechnoHub. In Mandurriao, Iloilo City, on the rise are two BPO buildings, a technopod (an office space for IT and BPO’s with 24/7 facilities)  infused with dining and nightlife.

Ayala North Point Community Center. This cosmopolitan hub will rise next year close to the tony North Point Village, offering the best in local and imported retail concepts and a park.

Harbor Point. As another regional center that will rise in Subic Bay Freeport Zone, it will be heavy in office and retail in a soothing environment, replete with specialty stores and active and wellness-oriented stores. 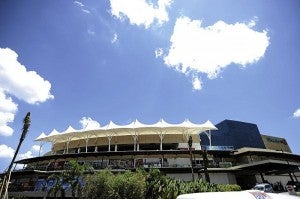 These developments are not seen as mere malls but as cities or town centers. People want to gravitate there because it’s a classy but hip urban environment. Prospective buyers might find the developments attractive because these offer more protected versions of city living.

“We have to provide a total environment for the BPOs. They are our customers. Once agents like a particular place,  the BPO will be successful.  That’s why we put up affordable residential units and retail so they can live, work and play. In BPOs, good hotels are required by visiting principals aside from homes for the managers and agents. We are focusing on CBD developments and ensure that there are required amenities.  Some people will live off-CBD. We have to make some provisions,” explains Aquino.

That’s when Amaia Scapes comes into the picture. These subdivisions will provide homes of good-quality materials and finishes.

ALI will launch Amaia in Pampanga, Cavite and Batangas.

“The Amaia brand is about economic housing or house-and-lot packages ranging from a P600,000 duplex to a P1.2 million two-story house with carport. It’s aspirational and not cramped,” says Aquino. 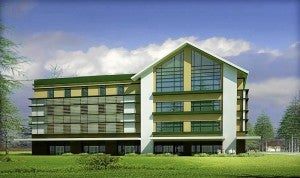 Despite the rise of new hubs, ALI takes great care to improve its developments.

“We continue to be present even beyond the initial development and keep putting in place all the best practices we’ve done,” says Aquino.

For instance, by 2012, Alabang Town Center will have another building that will add 70 stores and Metro Gaisano. In the next three years, Bonifacio High Street will see the rise of a food strip, the Mind Museum, luxury shopping destination, Kukun hotel, Avida residential towers, more parks and a football field.

Aquino attributes the aggressive developments to the flourishing economy which covers the sunrise industries of BPOs and tourism. With the demand for stylish yet affordable hotels for business travelers, ALI is building Kukun hotel, designed by architect Conrad Onglao, in Bonifacio Global City, Davao and Cagayan de Oro, and will soon launch in Nuvali and Alabang.

On how ALI positions itself vis-a-vis other developers that have more malls and are also bullish about hotel and real estate, Aquino explains, “Our strategy is not too much as to what the competition is doing but what we see as the major drivers of the economy. We would like to position on those major drivers and we will put in places where it is needed.”

ALI recently  partnered with El Nido Resorts in Palawan. “To complete as new product initiatives, we bought into the hotel chain. We’re expanding our El Nido chain by  putting up Pangalusian and Apulit,” says Aquino.

Ultimately, development is not about adding square meters of salable space.  “You have to look for that added dimension. What are the elements that can help in improving our lack as a people and in economic development? Construction is one of the best things that can happen in giving jobs. It helps people who don’t have sophisticated skills. It addresses unemployment.  Aside from quality of life, we try to make sure our customers and people who frequent our developments can experience what we do to contribute to the growth of the country.”