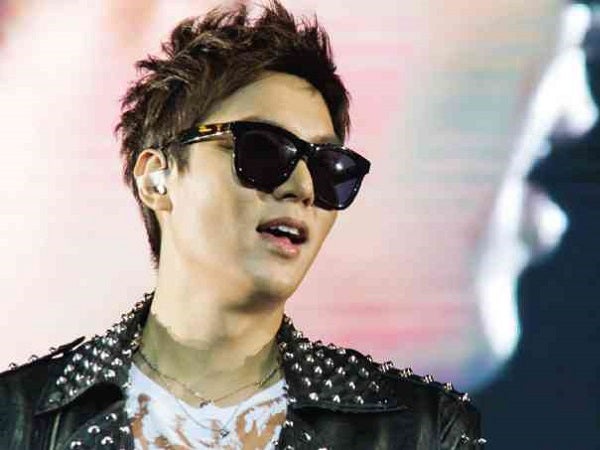 After his short but sweet meet-and-greet event for Bench last November, hallyu heartthrob Lee Min Ho finds himself back on Pinoy soil (and traffic) a mere eight months later, and his loyal Minoz couldn’t be happier.

If last year’s fan-meet were any indication, one would do almost anything just to share the same breathing space as one of South Korea’s hottest leading men to date.

Dubbed “My Everything World Tour,” Minho’s debut concert takes him to 10 cities in Asia, after which he starts filming for his latest TV project, “Heirs,” opposite recent Manila visitor Park Shin Hye (“You’re Beautiful,” “Heartstrings”).

The 26-year-old actor belongs to the roster of Korean Benchsetters, which includes K-pop idols Siwon and Donghae from Super Junior and Nichkhun from 2PM. Despite the tight schedule and even tighter security, he had a ready smile and wave for the fans who had doggedly stalked him from airport to hotel—and everywhere in between, for that matter.

For his preconcert itinerary, Minho joined Suyen Corporation execs at the ribbon-cutting ceremony for the new Bench Tower in Bonifacio Global City, then headed inside for his press conference with Sam Oh reprising her role as host/interpreter.

At face value, it wasn’t hard to see why a lot of females (and females at heart) have pegged him as the star of their most fervent Koreanovela fantasies. Sporting a patterned button-down Bench polo and dark blue jeans, short hair artfully tousled, the 6’1” tall Minho was as handsome as ever, and considerably leaner than he had been last year.

He fondly remembers the warm welcome he had received during his first trip to the country, which is why he’s been so excited and happy to come back. Although still unable to converse in English, his quiet charm and easygoing demeanor spoke volumes about his universal appeal. His disarming megawatt smile, and the odd little chortle he’d let out on occasion, instantly endeared him to everyone, be it hardened journalist or swooning young writer.

Rather than a full venture into singing, the six-track album “My Everything” was intended as a thank-you gift for his staunch supporters in celebration of his seventh anniversary in show business. He earnestly considers his fans as “my friend, my lover, my family, my everything,” which elicited barely stifled squeals from the audience.

Unlike in filming TV shows, where the fans’ response to his work is usually delayed, he gets a rush out of the real-time reactions when he’s singing onstage. “The happiness I get from that is extraordinary,” he said. He also treats the album as another way for him to improve his vocal abilities which, until recently, had been limited to singing difficult songs in the shower and the occasional fan service during past events.

What to look forward to at the concert? “My butt-dancing,” he quipped cheekily, and the audience burst into shocked laughter. Definitely something you never thought you’d hear from the wholesome leading man, but it certainly piqued everyone’s curiosity.

When he said he was excited to show Filipinos a different side of himself at his SM MOA Arena concert, Minho wasn’t just referring to his backside (which was amply covered, just so we’re clear). Although he admitted he wasn’t a professional singer, he certainly gave his all into each performance, and even indulged the crowd with a few choreographed moves, despite the fact that dancing isn’t his forte.

Against a background of softly twinkling lights, the hallyu superstar started off with the title track, a ballad well known to “Boys over Flowers” fans. This was followed by a mix of upbeat and bittersweet tracks from his album: his personal favorite, “Pieces of Love,” “My Little Princess,” “Love Motion,” “Without You” and “You and I,” plus a new song called “Say Yes” for his encore performance.

In between songs, the concert included Q&A segments with Sam Oh, an intermission set from Korean guest group MonsterZ, and a meet-and-greet bit where Minho raffled off gift bags containing LINE plush dolls and Bench merchandise.

The fans with the winning seat numbers all came from the VIP and Patron areas, presumably as one of the perks of paying good money for the best seats in the house. Each girl had her onstage moment with the heartthrob, receiving a hug and, in a rare, candid moment, an “I love you, too” from the star himself, which made everyone squeal with envy.

Saving the best for last, Minho also raffled off the polo shirt he’d worn the previous day, complete with autograph. It went to a very young (and very shell-shocked) fan who was incidentally celebrating her birthday as well. She scampered off the stage with what was presumably the best birthday gift ever securely wrapped around her tiny shoulders.

Minho’s much-anticipated “butt-dancing” came during the upbeat track “Love Motion,” where he swayed his hips along with his dancers, and during the “Say Yes” encore where he turned his back and shook his behind for about five seconds. While he can carry a tune, the man unfortunately can’t dance, but he gets plus points for being such a good sport about it.

Admittedly, there were a few awkward moments due to the language barrier, including an attempt at a “gwiyomi” demo (the Korean craze on making pa-cute faces) that was cut short because the fans were unable to chant along with him. But the overwhelming love and encouragement that poured out, from the pit all the way to the bleachers, definitely wasn’t lost on Minho as he waved and blew kisses to the screaming crowd, then exited the stage with an ear-to-ear grin.

Away from the cameras, Minho has a lot more reasons for people to love him. Bench honcho Ben Chan says he truly enjoyed working with the actor and his team. “He was so easy to get along with, grounded and wasn’t afraid to make fun of himself,” Chan said.

Also, Minho’s playful onstage persona apparently wasn’t just for show. During his last dinner in Manila, he gamely taught the Bench family how to do “gwiyomi” poses, photos of which are now making the rounds on the Internet. “He directed every gwiyomi action in the photos that came out on Instagram,” added architect Miguel Pastor. Cute.

The secret to the hallyu phenomenon’s global appeal lies in being able to cut through language and geographical barriers and win people over, onscreen and off-screen. As far as his legions of fans are concerned, Minho’s got that ability down pat, and they love him dearly for it.

“Thank you very much. Mahal ko kayo!” he said with flawless diction amid deafening cheers. With ears ringing and hearts singing, we can now say that the feeling is definitely mutual.

“Lee Min Ho: My Everything Global Tour in Manila” was presented by Bench and Wilbros Live, in cooperation with Globe Prepaid, LINE, Bench Fix and Oishi.