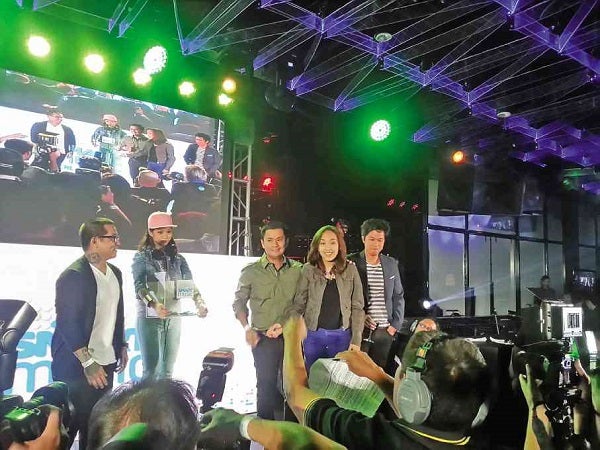 It was bound to happen, in fact it should have taken off shortly after it was proposed four years ago. We’re talking about Smart Music—the new online music store, a partnership between telecom company Smart Communications and record label MCA Music.

Smart is the country’s leading wireless services provider, while MCA is the biggest local record company by virtue of its being the Philippine subsidiary of Universal Music Group, the world’s largest record label.

The deal involves making available for legal purchase more than 3 million songs in MCA Music global catalog to more than 70 million subscribers of Smart, as well as users of mobile phone brands under the PLDT group, Talk ‘N Text and Sun Cellular.

It was first proposed to Smart four years ago, MCA Music managing director Ricky Ilacad told Inquirer Super. He surmised that the proposal languished in the back burner due to leadership changes in Smart. “But it’s a good thing that people finally believed in the project, otherwise nothing would come out of it.”

While the idea is really meant to generate income for the composers and artists of the songs for sale on the Smart Music website, Smart itself stands to make money through the volume of sales and projected new subscriptions to its mobile network.

Smart Music can be accessed via smartphone, tablet or laptop on www.smart.com.ph/music.

The clincher is that the downloads are charged to the prepaid load or postpaid bills of the subscriber—eliminating the need for a credit card which is a requirement for those who want to buy songs on iTunes.

The bigger picture is that music consumers would hopefully veer away from illegal websites and pirated discs. It’s a pipe dream, but Ilacad pointed out that one is never sure about the quality of pirated songs, especially is they’re accessed from sites prone to virus infection.

Smart Music was launched at a media party last week at The HyvE in Bonifacio Global City. Special guest was 15-year-old American pop singer-songwriter Greyson Chance, who played some of his compositions on a baby grand piano. Pinoy artists who also performed were bossa nova singer Sitti and rock icon Ely Buendia, the latter a newly signed talent of MCA Music and endorser of Smart.

Barbie Almalbis, Raymund Marasigan (both endorsers of Smart as well), and Gabby Alipe of Urbandub (another act on the MCA Music roster) went onstage to pick raffle winners—one of whom went home with a Dr. Dre Beats headphone, while two others got pairs of tickets (valued at P20,000 each) to the Rihanna concert in Manila on Sept. 19.

Vea, the original founder of Smart before Manny Pangilinan took over, must be beaming at the thought that, one day, everyone will be buying music on Smart.

“That’s not a remote idea,” said Ilacad. “I mean, MCA Music is doing this for the whole industry. All the other record labels in the country will hopefully be part of it. Nauna lang kami.”