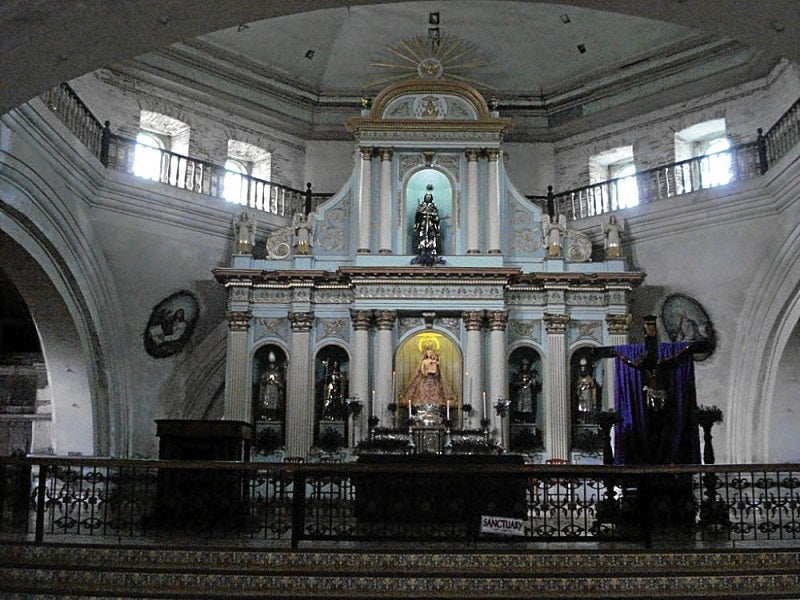 A long, active work life does not necessarily have to lead to a boring retirement. Our country is blessed with the culture of close-knit families, scenic and historical places accessible  to everyone, young and old  alike.

My senior-citizen sisters Dodie Faustino, Peachie Gaston and Bobbie, and I recently took off for Bagac, Bataan. Keeping our itinerary loose, we didn’t choose sites to see other than our final destination. Everyone was free to suggest a place to visit as long as it was along the way.

For the past years, having passed through Jose Abad Santos Avenue (San Fernando, Pampanga) en route to Subic, we couldn’t help but notice structures half-buried in lahar, a church in Bacolor, Pampanga, most prominent among them.

The church of San Guillermo was built in the late 1500s by Augustinian friars. This original structure collapsed in an earthquake in the 19th Century, but the community was resolute and rebuilt it  in six years.

After the 1991 Mt. Pinatubo eruption, lahar and flood waters buried more than half of the church and the nearby towns, forcing the communities to abandon the area.

When the people returned, they restored only the topmost part of the church, leaving the rest buried. 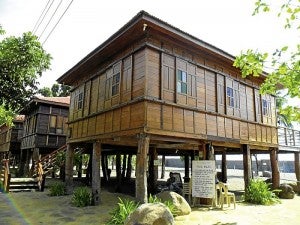 We drove on to Bataan, enjoying the leisurely drive and warm weather. A new Lubao bypass road is now in place, sparing travelers from perennial traffic delays.

Because my sisters are fond of bird-watching, we decided to drop by the town of Balanga to catch a glimpse of Tortugas Nature Park.

Located east of Balanga (on the north-northwest shores of Manila Bay), the Balanga mangrove tidal flats serve as seasonal stop for wintering shorebirds and water birds such as the Chinese Egret, Grey Heron, Whiskered Terns.

The Philippines is one of the important flyways of the East Asian-Australasian migratory birds from the Arctic Circle in Russia and Alaska. The birds stop to feed in our wetlands from September  to March on their way to Australia and New Zealand.

Although the birds had already left when we dropped by the park, we were at least thankful that the area was not as polluted as the controversial Las Piñas-Parañaque lagoon, where the shorebirds are at the mercy of pollutants emanating from the garbage and contaminated water  from nearby urban communities.

We promised to return to the Tortugas park. 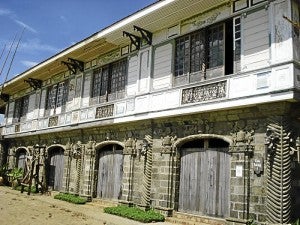 In Bagac, we briefly stopped at a small junction marked by a historical marker. This was one of the two Kilometer Zero (starting points) markers of the World War II Bataan Death March.

The other marker is  in Mariveles, where the  prisoners marched towards Balanga,  then toward the railroad in San Fernando, Pampanga, and finally to the concentration camp in Capas, Tarlac.

Formerly called Camp O’Donnell, the camp is now the site of the Capas National Shrine. The Bataan Death March routes are memorialized with distinct kilometer markers.

Raring to hit the beach of Bagac, we raced to Montemar Beach Club. Since my last visit to the resort 30 years ago, Montemar  has grown more trees, added common facilities and rooming structures.

A pawikan (turtle) conservation area has also been added, in line with the club’s commitment to save local turtles such as the Olive Ridley, Green and Hawksbill turtles. 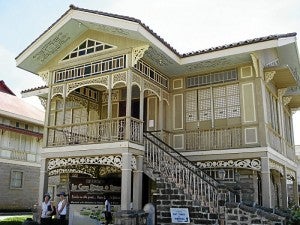 After settling down in our cottage, we took a hearty lunch at the Club’s La Marea bistro, sampling its sumptuous versions of Filipino and Spanish dishes like the sinampalokang tocinong manok (chicken tocino cooked in sinigang broth with young tamarind leaves and flowers) and the Paella del Meson (the house’s Spanish-style rice).

We then drove to a nearby heritage resort, Las Cazas Filipinas de Acuzar (The Filipino Houses of Acuzar).

Named after builder Jose Acuzar whose passion is saving Filipino ancestral houses from dilapidation, this one-of-a-kind resort has a collection of authentic 18th and 19th century Bahay-na-Bato  and wooden stilt houses from all over the country.

The buildings are built around a cobblestone plaza and streets resembling an old town in the Spanish era. Each of the structures was disassembled, transported and rebuilt close to their original state.

A few of the structures can be rented, with air-conditioned bedrooms, furnished living and dining rooms, upgraded toilet and baths.

Acuzar’s current projects involve building replicas of other historical houses and the addition of traditional resort facilities in an adjacent lot.

The next day, we rented a banca and went snorkeling in a nearby reef. Reluctant at first, my youngest sister, Peachie, finally agreed to snorkel with us. Although the corals seemed intact, there were not too many resident fish other than the usual juvenile parrot and surgeon fishes. 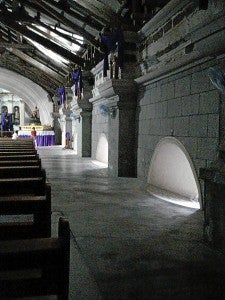 But what was unique was the abundance of lavender disc corals growing like cabbage patches alongside Stag horn corals. Worrisome was the presence of numerous Crown-of-Thorns starfishes grazing on the reef’s coral polyps.

We spent the remainder of the day swimming in Montemar’s crystal-clear water, and enjoyed the warm weather on the beach playing frisbee, trying out the beach paddle board and kite-flying.

As the evening approached, we watched the amber sunset and the egrets fly back to their nesting trees on a nearby hill.

The next day, we headed back to Manila, with a final stop at the Dambana ng Kagitingan (Shrine of Valour) nestled 555 meters above sea level within the 180,000 acres of the Mt. Samat National Park. This site was supposedly the last stronghold of the Battle of Bataan during the  World War II.

Completed in 1970, the complex consists of a marble colonnade and a memorial cross. Leading to the colonnade are steps where on top rises a pole flying the Philippine flag flanked by two large bronze urns.

Inside the colonnade is an altar against three stained glass panels designed by artist Cenon Rivera. The colonnade’s lower walls are embellished with Napoleon Abueva relief sculptures showing the images of the war and bronze insignias of the United States Armed Forces in the Far East (USAFFE) division units. Under the colonnade is a small museum exhibiting reproduction photos of the war, small weaponry and memorabilia.

The white marbleized cross towers 92 meters high with arms spanning 15 meters on each side, which serve as viewing decks. Its base is decorated with Abueva’s relief sculptures depicting images of historical people and events.

Mt. Samat is cool and quite windy, especially on the viewing gallery where the panoramic vista of Mt. Samat, Bataan, Pampanga, Manila Bay and vicinities leaves one breathless.

Although most of its rural landscape seems to be lightly populated, Bataan has surely moved forward after the war. Apart from its agriculture, it has industrial parks, economic zones, an oil refinery, and other notable industries.

There are many other worthwhile sites to see in Bataan, such as the Bataan surrender site and Church of Balanga, St. Michael’s Church built in the 1800’s in Orion, Mt. Tarak in Mariveles, the nuclear plant in Morong, the Pasukulan waterfalls in Abucay.

We continued  our trip home with a last snack stop at Razon’s in San Fernando. Tasting its halo-halo and palabok special was the cherry on top of our Bataan escapade.