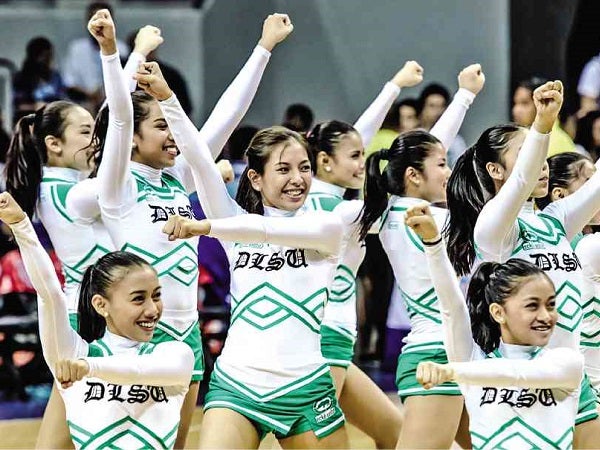 DLSU vs ADMU: Much ado over cheering

What everyone knew before the game was that De La Salle University (DLSU) has not won against Ateneo De Manila University (ADMU) for quite some time. In the UAAP, it’s been two years since the Archers shot the Eagles down to the ground. This year was different in several ways.

From the get-go, both DLSU’s Animo Squad and ADMU’s Blue Babble Battalion surprised everyone with the use of their brass instruments, which was supposedly banned by the league. In any case, it made watching the game more exciting.

There was also the issue of who would get four freezers of Mochiko Mochi ice cream as prize for the winning school.

Although both teams were short on key players like Ravena for Ateneo, and Revilla and Andrada for La Salle, the game showed that the rest deserved to be in their respective squads.

Both teams had their share of breakout performances, with Chris Newsome from Ateneo scoring for most of the first half. It gave Ateneo a huge halftime lead.

Things looked bright for the blue squad, with fans enjoying their halftime breaks by eating or just trying to send a decent text message to their friends who were also watching the game at the Mall of Asia Arena.

The Animo Squad went into a formation that looked like a number five with an arrow breaking it in half, probably signifying that Ateneo’s championship run in the UAAP might come to an end.

But the next formation looked like a huge 0–3, which would be the record of the Eagles after a loss to the Archers.

The Atenean crowd did not take this sitting down. Loud boos were heard before the half-time cheering performances ended.

But this was what probably pumped up both squads going into the second half.

The Archers were determined to keep the game close and catch up on the huge lead by the Eagles. Eventually the gap was erased with a tie, then finally a lead for La Salle.

The game ended with DLSU posting a nine-point win, 82–73.

But the match was far from over, according to many who logged onto the Internet. The fierceness of the fabled rivalry was reflected when the Atenean community took offense of the half-time performance of the DLSU cheering squad.

The usual raves were about how La Salle won the game fair and square, and that no one has the right to call it the school with the weaker intellect.

But it was a clean game. It could be a good sign that healthy competition was exercised by the members of the two schools and even those who are actually into sports.

Of course the jeering and the name-calling come with the territory, but it shouldn’t be an excuse for people to go into extremes by bringing the rivalry to a personal level.

All the bashing on social networking sites will eventually die down, and people will realize how awful they acted over a game.