Breathing in the magic of Morocco | Inquirer Lifestyle 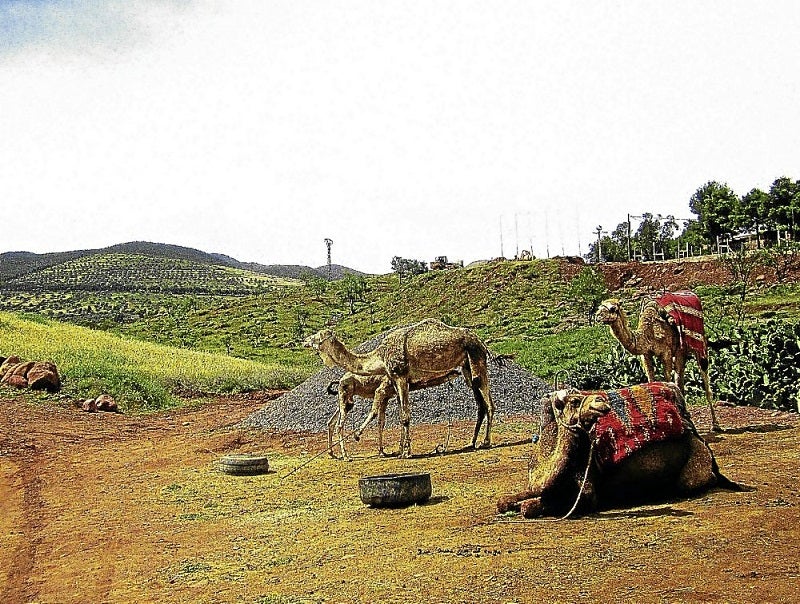 Breathing in the magic of Morocco Sitting at the northwestern corner of the  African continent, with the Strait of Gibraltar separating it from Spain, is the kingdom of Morocco, ruled by a king with such vast executive powers he can dissolve parliament and issue decrees that have the force of law.

Its population is over 32 million, its political capital is Rabat, and its largest city is Casablanca. It is comparable to California in mileage. Every Moroccan can speak either Berber or Moroccan Arabic.  French is the foreign language most spoken, but otherwise, Moroccans appear to be very nationalistic and proud of their ancestry.

The best known city is Casablanca, setting of the vintage romantic film of the same title starring Humphrey Bogart and Ingrid Bergman, although none of the scenes was ever shot there.

We had long been fascinated by Morocco, first because we knew absolutely nothing about it, and second, because Filipinos appeared to be inordinately privileged not to be required a visa for as long as 90 days, while our Asean  neighbors Malaysia, Thailand, Cambodia, Burma, Brunei, Laos  and Vietnam had to fall in line for one. 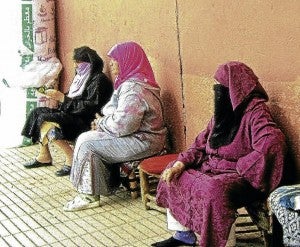 We found nothing in our history, past or present, that would link us to this country, and it was the strangeness, plus its being part of the African continent, that made us all the more want to go and visit it.

We are told, however, by our Madrid-based friend Richard Signey, who has been to Morocco innumerable times, that if we only had time to visit one city in Morocco, it should be Marrakech. We took Richard’s advice and prepared for the trip not without anxiety, for Richard had a full schedule of teaching and could not accompany us.

Fortunately, we had as travel companions journalist Ronald Constantino and jewelry designer Marlon Pedregosa to share in our doubts and fears. Marlon, the experienced traveler among us, got us cheap tickets on EasyJet and booked us for four days at the Hotel Ryad Mogador, part of a modern chain, yet proudly displaying décor from its artisans.

The location was close to the walled city they call the Medina, so near we could just walk in and voila! find a KFC eatery, and was as comforting as it was distressing.

Heart of the city 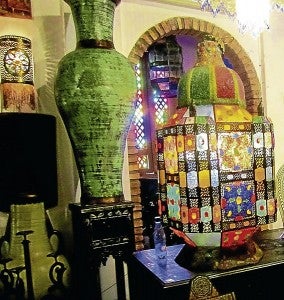 Marrakech has two parts—the historic old city called the Medina, and the new district called Ville Nouvelle or New Town. Most visitors proceed to the Medina with its narrow passageways and shops, its local color, residents in full regalia, and the perception of danger that every unfamiliar culture strangely offers as magnet to the more adventurous.

Clearly, the Medina is the throbbing heart of Marrakech,   a sprawling combustion of humanity that can be disconcerting, as Moroccans are not as welcoming as we Pinoys are to foreigners.

They hate visitors interminably taking pictures of them without as much as a by-your-leave. They would swear in their native tongue at the souvenir hunter, and it didn’t matter that he was buying a whole bagful of their goodies. That just isn’t part of the bargain.

Otherwise, one can find in the Medina a flea market that would put Divisoria to shame. Everything, mostly handmade  in Morocco and other African kingdoms, can be found, from clothes, bags, metalcraft and glass-blown lamps, to carved knick-knacks, shoes and food. You name it, they have it, and at unbelievably cheap prices.

But Marrakech is other sights and places, as well. It is history and culture, and  these we are advised to see by private cab. Our cab driver Omar spoke English, and knew his country’s history like the back of his hand.

Marrakech was founded in 1062 AD by the Almoravid dynasty that ruled much of Africa then, and what is now Spain and Portugal. Almost a century after, the Almoravids would be overtaken by the Berber Muslim Almohad Dynasty, who encouraged creativity from Arabic poets, philosophers and scholars. 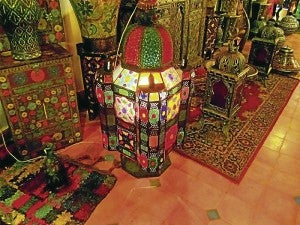 After the fall of the Almohads, Marrakech was taken over by the French from 1912-1956. This is why today, most everyone speaks French or their native tongue, and only those in the tourist industry learn English.

A day trip outside Marrakech would cost $300, which includes cab, fuel, driver, normal entrance fees and lunch. One leaves the hotel at 9 a.m. and returns at 6 p.m. after the 80 km round-trip. Driver Omar agrees to the rates, but does us one better by not informing us his air-conditioning was defective. We had been warned about these drivers, so we are not really surprised.

Otherwise, Omar’s itinerary is acceptable, although it traverses the expected tourist route with items for sale wherever we stopped, where Omar earned a commission.

The Ourika Valley is a string of villages 30 km south of Marrakech where the landscape along a river is fresh, green, and cool even in the hottest summer. Spring would be the best choice for the traveler. The road slowly led us into the valley until it ended in Setti Fatma, famous for  its seven waterfalls, after which would be mountains difficult to trek, Omar tells us. We are first brought to what we call the camel stop, where tourists are expected to take pictures. Then we visit a cooperative complex, Le Coin Berbere, where old women share with young Berber workers how to make organic cosmetic products.

We buy samplings of eucalyptus, musk and rose-flavored perfumed oil that local chemists studying in nearby universities have come up with. We buy tea leaves, lip balm, soap, henna, body scrub, wrinkle cream, massage oil and body lotion. Less than a kilometer away, we visit a garden where they grow the source of these products. This was a most enjoyable stop where we saw no tourists.

But first a word about the Berbers. They are an ethnic group with a common heritage, language, culture, and ancestry. Omar tells us that the first Berber in Morocco came from Yemen. Perhaps he did, but today’s Berber-speaking people live in Morocco, Algeria, Libya and Tunisia.

For lunch, Omar brings us to a riverside restaurant where the delicious set meal is served along with refreshments and local entertainment. We are now ready to visit a Berber home four generations old, where 10 people live in a house of stones from the mountains put together with clay, paste and water.

We speak with the head of the family; we take a tour around the home; we take pictures. It seems so unreal. Obviously because we are tourists and theirs is a regular stop for tourists, we experience none of the shooing away in the Medina, which actually was rather disappointing.

We are back home at the agreed time, with mixed feelings about the day’s proceedings. We felt we had been given an authentic enough taste of life in the barrios, one that displayed the Berber’s use of nature as a partner to be respected and not to be abused, and their artistry in utilizing these gifts to maintain a livelihood.

But at the same time, we felt their natural inclinations had been stifled. They were too polite. They posed for pictures yet did not smile. We ask ourselves what was the better portrait—this obedient provincial dweller, or that of the proud, boisterous Medina merchant who stood his ground? Easily, our choice was the latter.

The next day, we go on our own, taking a cab to the Palace of El Badii and Jardin Majorelle.

Richard had warned us not to waste our money on El Badii,  which means Incomparable Palace, but we didn’t listen. He was right. The palace consists simply of the remnants of an original built in 1578 which took 25 years to construct, and was torn apart by another Sultan who used the materials to decorate his own palace in Meknes.

Jardin Majorelle, on the other hand, is a joy to visit. Opened by French painter Jacques Majorelle  in 1947, it is now considered his greatest work, with the abundance of vegetal shapes and figures from five continents, in a palette of colors from nature. When Jacques died, the famous fashion designer Yves Saint Laurent acquired the property, restoring it to its original beauty. It is a must on anyone’s itinerary.

Of course, we, too, had to take a look at modern Marrakech at the Ville Nouvelle that plays host to modern restaurants, upscale brands in fashion boutiques along Mohammed V and Zertouni, after which we sat in a café drinking coffee and finding the environment so artificial and boring. Amid Lacoste, McDonald’s, Haagen Dazs and the ubiquitous KFC, we decide to return to the hotel.

Before leaving for the airport, we felt a need to visit the Medina once again to say goodbye. No longer did we feel threatened by their covered faces. We seek out the shop keeper who knew exactly what we needed. And we know now exactly why Richard returns again and again. We stand in the plaza to breathe in its peculiar potion. A bientôt— till we meet again.