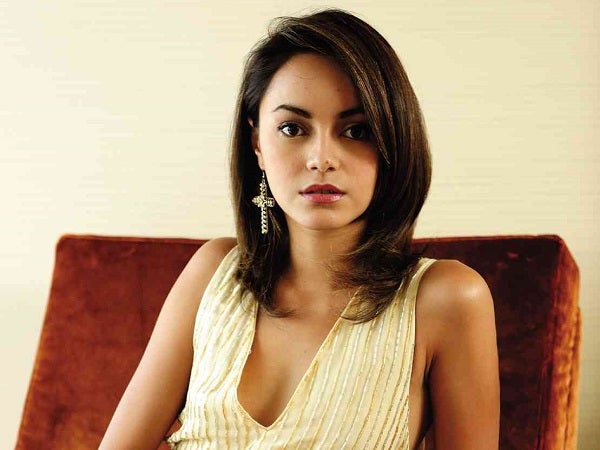 When a dinner for media personality and style guru Nina Garcia was held at Solaire, Katrina Razon got cold feet.

As an intern in the hotel’s marketing and communications department, her task was to entertain high-profile visitors and the media.

Learning that the guests were prominent personalities in the fashion industry, she felt intimidated by their stature. That’s humility from the daughter of Enrique Razon, the third richest man in the Philippines.

The 22-year-old Razon straddles the corporate world and the night life. She sometimes reports for work at 6 a.m. and finishes at midnight because she assists in photo shoots or looks after the press. On Thursdays and Fridays, she chucks in her working clothes for a black T-shirt and bottoms and heads for her gig as a DJ.

Razon is in her senior year as a Communications major at Northeastern University in Boston. “I took it up because it’s so broad. It involves writing, reading and being interactive with people, all of which I enjoy.”

She took off for one semester to work at Solaire since its pre-opening in January—without any pay. Witnessing the stages of Solaire, she wanted to be a part of its milestone.

“I’m learning how to handle PR situations with Joy Wassmer (Solaire’s communications director), entertaining media, being familiar with the property. I witnessed everything from its conceptualization to its opening,” says Razon.

Over lunch at Finestra, Solaire’s Italian restaurant, she orders a fluffy insalata caprese and frequently says “thank you” to the staffers. Wearing an unbranded blazer, a shirt from Club Monaco and slacks from Mango, she says she woke up early to supervise a photo shoot around the property for Solaire’s website and VIP brochure.

Even with some 4,000 employees in Solaire, Razon is familiar with colleagues at the restaurants, gaming floor and various departments.

“What I like most about working here is the people. They are the heartbeat of Solaire.”

Her biggest lesson learned from working at the hotel is keeping a clear line of communication between the management and employees.

With such a big property, Razon doesn’t mind running around. “I enjoy being under pressure and having to work hard at any given moment. It is energy that I feed off. I’m naturally energetic.”

Razon’s down-to-earth personality can be attributed to her mother Lizzie Santos-Razon, a director at Child Protection Network.

“What I admire about her is that she is the simplest person I know. She never complains. She makes sure everyone is happy no matter what the situation is,” says Razon.

When they were growing up, the two Razon siblings enjoyed the outdoors and let their imaginations run wild. “It scares me to see little kids with iPads and iPhones. My brother and I would run around the garden in our bare feet or we would be on the beach.”

She describes her father, the CEO of International Container Terminal Services Inc. (ICTSI), as “the best father anyone could ask for.”

Despite his busy schedule, he makes time to give them the attention they need. When she’s studying in Boston, he calls up and offers his ideas for her papers.

“To the surprise of many people, my dad is a goofy guy despite his (businesslike) demeanor. I admire the fact that he’s a self-made person. He encourages my brother and me to do something to the best of our abilities, never just to get things over and done with.”

As the subject shifts to disc jockeying and music, Razon lightens up. Since she was 17, she has been earning from her passion but keeps mum about the figures.

“I wouldn’t say I make millions. It’s enough to get me whatever I need.”

Razon has lost count of the number of gigs she does in a year. After posting her music online, she was able to get jobs abroad. “I was immediately immersed into the music industry in the US. I met musicians and producers who encouraged me. They told me I’m different from a lot of DJs. What makes it interesting is that I am a Filipino,” she says.

On indecent proposals, she politely fends them off. “When people take advantage, I put my foot down. I try to be as polite as I can. I don’t think there’s any benefit if I become rude,” Razon says.

Being away from the Philippines made her realize that being a DJ couldn’t be a fulltime job.

“Sleepless nights are not for me. I’d rather organize music events, fly in new artists,” she said.

Last year, Razon organized the Manila Music Festival at Alphaland Bay with Miro Grgic, CEO and president of Volume Unit Entertainment and co-founder of the Malasimbo Music and Arts Festival.

They sought the support of the Department of Tourism whose efforts brought in visitors from Hong Kong, Singapore and Thailand. Razon got her funding from her father’s company, ICTSI, naturally.

“We wanted a festival that was accessible to the millennial market that was attuned to rock and hip-hop,” she says. The festival presented electronic and house music.

Despite its success, Razon says there were learning experiences for her such as program planning and building.

When she returns to Boston for studies, Razon will continue her DJ gigs. After college, she says the course offers options in advertising and communications. Still, Razon’s mother encourages her to follow her heart.

“My mom told me never give up DJing. It gives me happiness. Like exercise, it keeps me calm.”