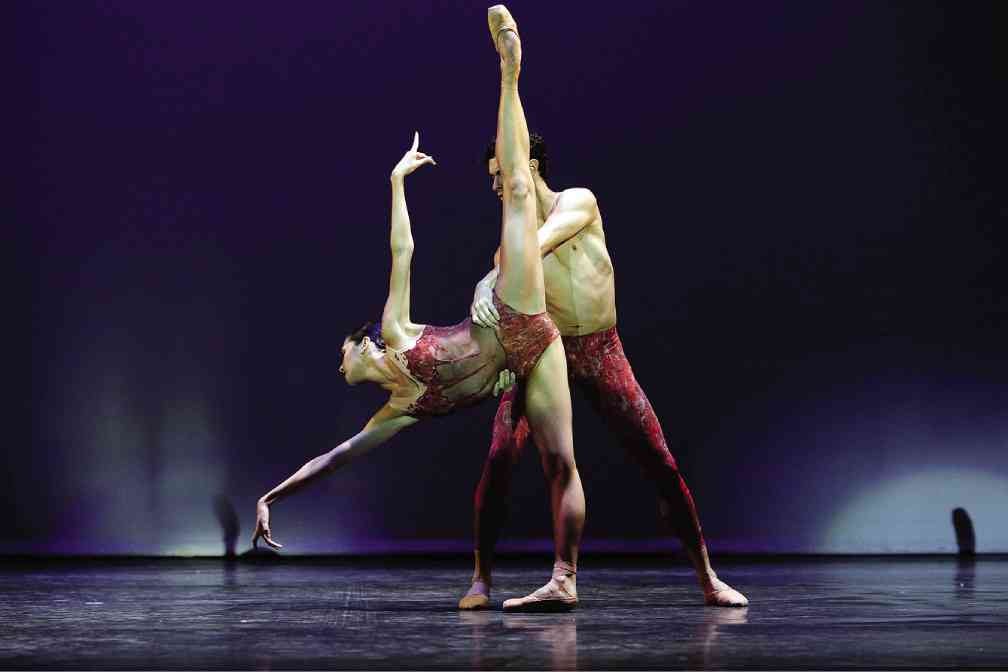 Stars of Philippine Ballet: Some twinkled, others shone bright

We have Lisa Macuja-Elizalde to thank for her vigorous recognition of the wealth of Filipino dancers whose talents are oft seen in their adopted countries but sadly seldom seen here.

The one-night-only  gala performance of  eight Filipino ballet stars and their respective partners was an evening of pleasant discoveries for many,  met with rousing appreciation from an illustrious gathering of the city’s ballet cognoscenti.

By the time the gala came to its rousing finale with Augustus Damian’s all-male pheromone-powered “Aramica,” choreographed on Georgian-born composer Aram Khatchaturian, the hectic swish of silk on the men in skirts, led by the high energy of lead Gerardo Francisco, was like a come-on for the audience wanting to ask for more.

In a grand assembly such as this, it is almost a given to dish out the tried-and-tested showstoppers  where the dancers, who, more often than not, have performed their selected pieces many times over,  boosting their confidence level that wears like a second skin.

This is exactly what makes performances like these sheer pleasure for the spectator because the dancers truly dance.

In the pas de deux of  “Le Corsaire,” Tan partnered by Veronica Ylagan performed his solo with athletic grace and strength. This particular solo is  a danseur’s challenge, having been performed by some of the world’s greatest, among them Mikhail Baryshnikov, Rudolf Nureyev, Alexander Godunov and, more recently, Angel Corella.

Every dancer has taken liberties at interpreting a role that lends itself to unbridled bravura, punctuated by tours en l’aire, ciseaux jetes,  and note-to-knee finishes with breathtakingly precise flourish. Thus it would be unfair to even judge a performance given such standards.

But taken objectively, Tan’s obvious strength as a dancer takes him through this demanding variation, though on an academic level, leaving him more room to explore the possibilities of the variation, tailored to his prowess.

Conversely,  Cordero’s interpretation of  Acteon’s solo in his pas de deux to Adea’s Diana has become noticeably daring, comfortably executing a succession of tour jetes followed by a one-knee finish.  It is becoming obvious that he is “owning” the role.

The partnership between Cordero and  Adea has not lost tightness despite the time they have spent dancing apart. Perhaps, too, the joy of performing together once more their winning piece, which they have danced many times over, only contributed to an obvious nonchalant security.  Adea (a tad heavier in weight it seems) has matured noticeably since she started dancing for the  Hong Kong Ballet.

Choosing  to dance Alden Lugnasin’s  contemporary piece “You Don’t Bring me Flowers” was perhaps Adea and Cordero’s tribute to the choreographer whose works they constantly danced in their nurturing stages.

Lugnasin is arguably among the outstanding contemporary choreographers today.  Aside from Damian’s “Aramica” and “M.A.N.Z, ” performed by Joan Sia and Alfren Salgado, Lugnasin’s number was the only other work by a Filipino choreographer.

The two pas de deux by  Gallinera and Espejo, both choreographed by David Campos, “Faust” and “Mascara de la Muerte Roja,” had a decidedly Hispanic Goth air about them.

While Aileen Gallinera’s fluency and surety of step were comfortable to watch, Espejo’s occasional wobbly finishes and muddled transitions left something to be desired, given that many of his executions exhibited a degree of sharpness.

The very young “Mackoy” Libao did not disappoint. After his meteoric rise from finalist at the Prix de Lausanne, to John Neumeier’s apprentice and almost immediate promotion to corps member at the Hamburg Ballet, the barely 21-year-old danseur  with partner Arii chose two Neumeier pieces, “Spring and Fall” and “Nocturnes.”

The first was a  neoclassic piece that demanded lyricism from both ballerina and danseur. Libao’s soft graceful hands and generous opening up of  his arms from his chest further lent a seamless quality to his dancing, his footwork clean and articulated.

“Nocturnes”  was a rather quiet piece. Perhaps in another repertoire it would have found a better place. In a show rife with bravura pieces, we would have wanted to see more of the young Libao’s prowess, given just two numbers in the program.

And then came Rocas, the delightful surprise of the evening. If there was a dancer that night who came close to perfect, it would have been Rocas. Lithe, long and liquid, her elongees were endless, and like a well-oiled machine, her body obediently went from step to step, movement to movement, as she alternately melted from one articulated step to the next, first in “Reflections,” then in “Bells,” both choreographed by Gerald Arpino, cofounder of the Joffrey Ballet, the company  Rocas dances with in New York City.

It seems Rocas has found her niche with  the Joffrey Ballet, seeing how it has further nurtured her natural endowments, which were first noticed as a company member of Ballet Manila.  To a dancer, it is important to find that “perfect fit.”

Notable, too, was her cohesive partnership with Villanueva, where both ballerina and danseur were in obvious generous support of each other.

Seeing her dance brought to mind yet another Filipino dancer of note, Tina Santos, who also danced with the Joffrey Ballet a few decades ago and, who, like  Rocas was also blessed with lyrical limbs.

Performances like  Rocas’ that night are like a shot in the arm.  In addition to Adea, Rocas is a dancer we hope to see more of soon.

In the opening number, I searched through the faces of the Project Ballet Futures scholars for the 11-year-old Jessa Balote, who, according to an e-mailed press release, used to be a scavenger in Tondo. Unfortunately she was unrecognizable in the happy number, “Maynila.”

Again, there is Macuja-Elizalde to thank, for giving young girls like Jessa an opportunity to be introduced to  finer things and a taste of an elevated life through her sharing of  the gift of dance. Generosity as Macuja-Elizalde’s, indeed, goes a long way and is well-remembered in performances that gather the brightest.