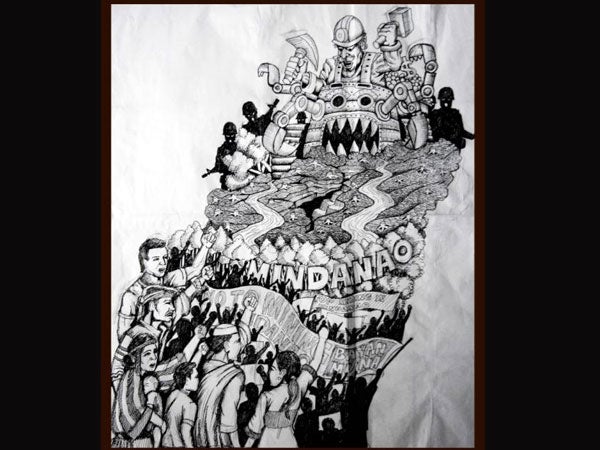 MANILA, Philippines—His predecessor in the House of Representatives was known for his politically-charged fashion statement yearly during the President’s State of the Nation Address and new Bayan Muna Party-list Representative Carlos Zarate was no exception.

He told INQUIRER.net that the design, protesting mining in Mindanao, “reflects the continuing struggles of the moro, lumads and majority settlers in Mindanao against large-scale plunder and exploitation of the island’s remaining resources.”

“They not only destroyed communities but even lives of several human rights defenders in Mindanao,” he lamented.

His barong will criticize the Visiting Forces Agreement in a design by Renan Ortiz of the Concerned Artists of the Philippines.