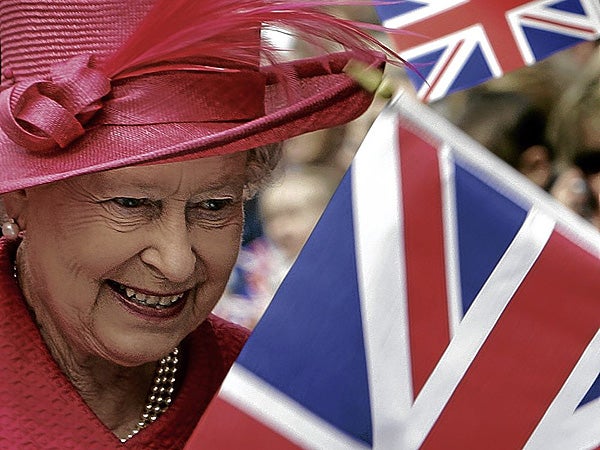 Come on, Kate: Queen Elizabeth II urges royal baby to get a move on

LONDON — Queen Elizabeth II, it seems, is just as impatient as her subjects for the royal baby to arrive this week — because she is going on holiday.

“I would very much like it to arrive. I’m going on holiday soon. No sign yet,” the 87-year-old said in a light-hearted exchange with children, during a visit to the Lake District national park in northwest England.

Asked by a youngster if she wanted the first child of her grandson Prince William and his wife Catherine to be a boy or a girl, she replied: “I don’t think I mind!”

Royal aides have said the couple do not know the gender of their baby, which is due in “mid-July.”

An impending change in the law would mean that for the first time in history, if the baby is a girl she could not be overtaken in the line of succession by any younger brothers.

A palace spokeswoman confirmed the queen would soon be heading off to her private Balmoral estate in Scotland, where she traditionally spends her summer holiday.

The monarch is due to visit Lord’s cricket ground in London on Thursday, to watch part of the first day of the second Ashes Test match between England and Australia, and will hold a reception next Tuesday, but then her diary is clear until September.

The baby is due to be born at St. Mary’s Hospital in Paddington, west London, where the world’s media have been camped out for the past fortnight.

William’s step-mother Camilla, the second wife of his father Prince Charles, said on Monday that she hoped the baby would be born by the end of this week.

“We are all just waiting by the telephone,” she told an audience in Cornwall, southwest England.

“We are hopeful that by the end of the week he or she will be here.”