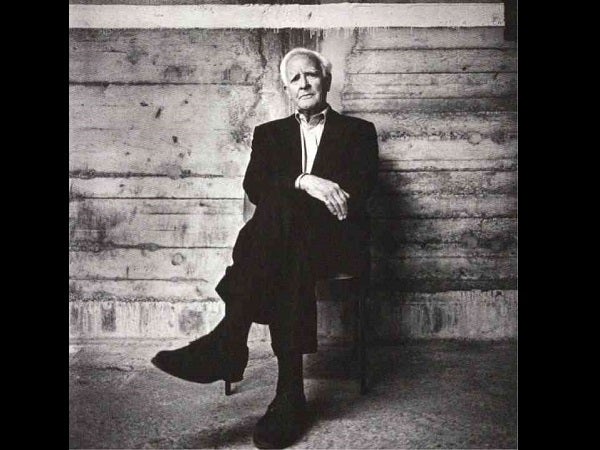 The ‘Truth’ about John le Carré

In every genre of popular contemporary fiction, there is a master. In the field of spy novels, the master is, without doubt, British author John le Carré.

Originally a member of the British intelligence services, Le Carré (real name: David John Moore Cornwell) traded in spy craft for word craft when he published his first book, “Call of the Dead,” in 1961, and since then he has written mostly spy fiction.

His books infiltrated bestseller lists worldwide, aided by his novels’ sophistication but most of all their game-changing authenticity.

There were no miniaturized gadgets, no invincible super spies in his novels. His spies (typified by his most famous creation, the terse spymaster George Smiley) were remarkably ordinary people who bled and died like anyone else.

Fusing his imagination with experience, Le Carré has produced the seminal works of his genre, books like 1963’s “The Spy Who Came in from the Cold”; 1974’s “Tinker Tailor Soldier Spy”; and 1983’s “The Little Drummer Girl,” in effect hatching a splinter cell of excellent motion-picture adaptations including 1996’s “The Tailor of Panama” and 2001’s “The Constant Gardener.”

His other impressive quality is his productivity, as he has been continuously writing without losing quality, as exemplified by “A Delicate Truth” (Viking, New York, 2013; 310 pages), his 23rd overall and latest since 2010’s well-received “Our Kind of Traitor.”

“Truth” begins with the planning and execution of Operation Wildfire, an off-the-books counterterrorist mission in the British territory of Gibraltar, carried out by British commandos and American mercenaries.

A rather dull civil servant from Her Majesty’s Foreign and Commonwealth Office is chosen for the op precisely because of his unremarkable career, given the false identity of Paul Anderson and seconded to the mission as the liaison—the “red telephone”—to Her Majesty’s government. 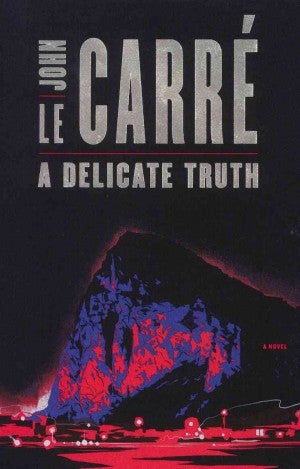 Though excited, Anderson is also stricken with the anxiety that comes with becoming a neophyte spy.

“How in God’s name did I ever get to end up in this hellhole in the first place?” he asks. “Did I jump or was I pushed? Or was it a bit of both?”

The mission, however, did not go as planned and the people involved in Operation Wildfire vanish into the shadows.

Meanwhile, back in London, smart, young Toby Bell is promoted to the position of private secretary to Fergus Quinn, the similarly newly appointed Junior Minister of State to the Foreign Office. When Bell notices his boss acting strangely and keeping unknown company he does the unthinkable—he records one of Quinn’s clandestine meetings, discovering that, whatever it was, this Operation Wildfire ended up a disaster. Unsure what to do with the tapes, Bell stashes them away.

Three years later, unexpected events lead Bell to find out the entire truth about Operation Wildfire and he sets out to meet the remaining conspirators. In the process, he finds out that the man formerly known as Paul Anderson is now living in the country with his family, fully unaware of the true consequences of Operation Wildfire.

Bell uses his best tool: his ability to navigate the complexity of bureaucracy. “If a decade of diplomatic life had taught Toby one thing, it was to treat every crisis as normal and soluble.”

As Bell unearths deaths and deception, the tapes come back into play as Bell’s life—and that of Mr. Anderson—lies in the balance as he races to uncover the entirety of Operation Wildfire’s fallout.

What he finds out puts himself in the crosshairs of the military-industrial complex and his own government. There is guilt, betrayal and, most of all, secrets revealed.

Elegantly and tautly written, “Truth” draws the reader in with its hushed conversation and important details. There’s very little violence here—all the gunfire, in fact, happens off-page. But Le Carré has always shown that most of spy-making happens not in the faraway theaters of operation but in the offices, corridors and conference rooms of British government buildings.

The same is true here, and “Truth” bristles with realism and urgency, leading to a pulse-pounding and yet thoroughly believable conclusion.

With the intelligent, intricate “A Delicate Truth,” John le Carré proves that, at age 81, he hasn’t lost a step, and remains at the top of the spy game.