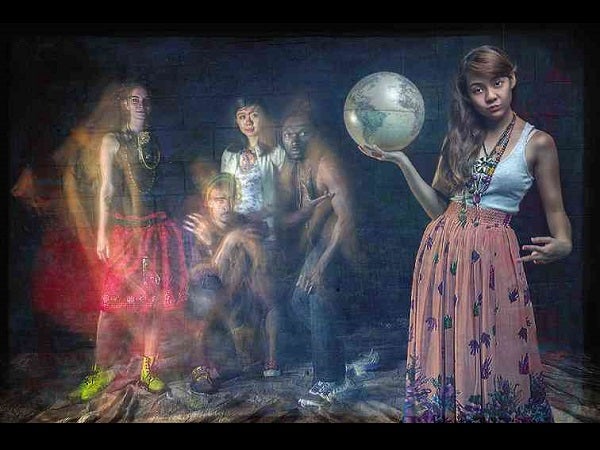 As the third production of Shaharazade Theater Company, “Ritual World” will be a largely interactive play that draws heavily from native rituals around the world threatened by technology.

The brainchild of Christopher Aronson, a fresh Theater Arts graduate of Ateneo de Manila University, “Ritual World” is a largely conceptual play tracking humanity’s evolution into the digital age; it shows how ancient rituals and traditions strive to endure amid modernity.

“There’s so much change that is happening and technology will continuously move forward; how do you make a ritual, a tradition in the 21st century? That is what we’re exploring here, the purpose of it all is to find a new myth for ourselves, a new center,” said Aronson.

Enhancing the survey of rituals and traditions around the world is the multicultural cast, including Filipina Thea Gloria, an Assumption College Theater Arts graduate, who had worked with the Marie Eugenie Theater of the Assumption for eight years; and Cameroonian Gildas Yombi, businessman and traveler who dabbles in theater.

Also in the cast are Irina Kondratova, from the Czech Republic, a marketing consultant, media professional and independent events organizer; Tianyi Zhang, a Chinese pianist and violinist who was once assistant concertmaster for the Purdue Philharmonic Orchestra in the United States; and professional actor Nikita Menshov, from Kyrgyzstan.

During the preview, the actors talked and performed in Chinese, Slavic, Kyrgyz and French languages. They performed ritual music and dances charting the rise of human civilization.

The ritualists portrayed the epochs of man signified by his own creations: science, the steam engine, the telephone,  the computer, which eventually led them into fighting each other.

Dressed in simple modern clothing, the ritualists sang and played instruments such as the hourglass drum, guitar and

Members of the preview audience were later invited to participate in the rituals.

Aronson said contemporary theater was seeking its own roots.

“According to the book ‘Experimental Theater,’ the next step of theater would be rituals, going back to our roots, when everything that composed theater was a deconstruction of a deconstruction,” said Aronson.

The young director also emphasized that today’s theater was looking for a contemporary “center,” compared with drama in the Middle Ages, whose center was salvation, and in the Reinassance, whose center was humanism.

But Aronson said today’s center might be lost in a sea of fast-paced technology.

The play will be mounted in August.