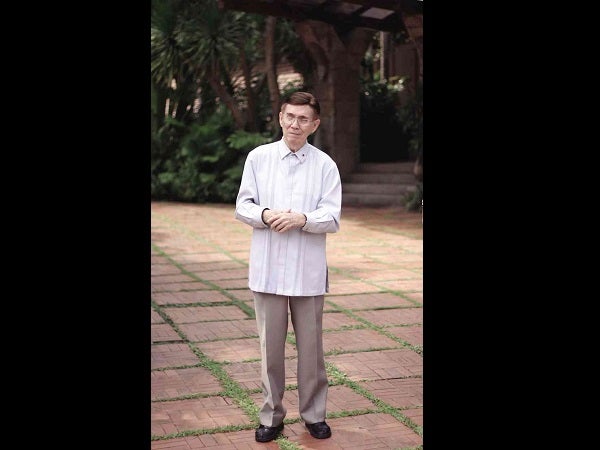 More than four years after they had been proclaimed National Artists, visual artist Federico Aguilar Alcuaz, Tagalog fictionist Lazaro Francisco and filmmaker Manuel Conde will be finally conferred the awards in November in Malacañang, according to the National Commission for Culture and the Arts (NCCA).

Aguilar Alcuaz was still alive in 2009, but a legal suit filed with the Supreme Court against the proclamation by then President Gloria Macapagal Arroyo of the new batch of awardees prevented his conferment. He died on Feb. 2, 2011.

The suit, filed by National Artists Bienvenido Lumbera, Virgilio Almario, Napoleon Abueva and Arturo Luz, did not contest the proclamation of Aguilar Alcuaz, Conde and Lazaro.

They said that  the joint board of the NCCA and the Arts and Cultural Center of the Philippines had earlier chosen after several screenings Aguilar Alcuaz, Conde, Francisco and composer Ramon Santos. But aside from inserting her own awardees, Arroyo, they said, disregarded Santos.

Last week, the SC ruled in favor of the petitioners, saying that Arroyo committed a “grave abuse of discretion” in proclaiming her own choice of awardees. The high court voided the proclamations of Alvarez, Caparas, Mañosa and Moreno.

Although Aguilar Alcuaz, Conde and Francisco will finally be conferred the award, the Malacañang ceremonies in November will not include Ramon Santos, because he was not proclaimed by Arroyo in 2009, NCCA said.

“The artists are happy because the dignity of the awards has been restored,” said De Leon, the son of National Artist for Music Felipe de Leon.

“The artists protested in 2009 because the proclamation of the four artists didn’t pass through the selection process,” De Leon explained. “The selection process determines who will receive the award. And taking part in the process are artists and cultural workers; they  know the respective disciplines, they know the criteria, and they know who should receive the award. Malacañang has no right to meddle in the process.”

De Leon said by interfering in the selection process and naming her own choices, Arroyo politicized the awards.

“The National Artist Award is not a presidential award,” De Leon added. “The president may have the right not to award it if he finds a flaw in the nominee otherwise overlooked by the NCCA-CCP board or if there’s a grave abuse of discretion of the board and the committees during the selection process. Puwede magtanggal, pero hindi puwede magdagdag.”

Below are more reactions on the SC decision.

“The architectural community is saddened that architect Francisco ‘Bobby’ Mañosa had been included in the revocation of the previously proclaimed National Artists for 2009. Although, I believe that Mañosa, whose prolific career has produced a corpus of works that advocate Filipino identity in the built-form and earned world acclaim, is deserving of the recognition, his elevation as National Artist should still adhere to the long-standing rules and procedures of selection. It is unfortunate, however, that such stellar name in the  architectural profession was dragged into this fiasco, which could have been averted if the process was not short-circuited. Architect Mañosa’s artistic credentials and creative outputs deserve to be revisited in the next cycle of the National Artist Award.”—Gerard Rey Lico, architect and teacher; head, NCCA National Committee on Architecture

“It is only proper for the Supreme Court to void their proclamation because they didn’t pass through the selection process. I was among those who protested the proclamation in 2009 of the four. I didn’t protest because they were undeserving. Respect the process.”—actor Rez Cortes, member of NCCA National Committee on Cinema

“Let’s respect the decision of the Supreme Court. Thousands of artists deserve the award, but only a few are given it. It just depends on the giver of the award. It doesn’t mean that if the award has been withdrawn, you don’t deserve it.”—musician Joey Ayala, vice head of NCCA National Committee on Music

“As one of those who had vehemently objected to the way Malacañang had cavalierly treated the awards process then, I am only too pleased with the Supreme Court’s finding of grave abuse of discretion. I hope that the ruling will give pause to the present and future presidents when they wish to exercise their presidential prerogative. I also hope that those who are truly deserving can be proclaimed National Artists in due time.”—Dennis Marasigan, theater-film-TV artist

“We respect the decision of the Supreme Court. Much as we believe Alvarez deserves to receive the National Artist award, we feel that her selection at the time that she was NCCA executive director was not the best time to confer her the award.”—Maribel Legarda, artistic director, Philippine Educational Theater Association (Peta)

“It is very sad because some of them deserved the award. But it is a strong message sent by the SC. We should not politicize the process of choosing our National Artists.”—Jim Paredes, singer

“The integrity of the selection of the National Artists has been so shamelessly blemished by pedestrian politics and politicking that it has deprived our country of true advancement and soaked us in the dung of vulgar power play and horse trading.—José Javier Reyes, film writer and director

“Its birth in martial law had always been a shadow on the National Artist award, such that Nick Joaquin initially refused it. But when artists protested against its devaluation by power brokers in 2009, that early shadow was dispersed by a community ‘owning’ this award, all the way to filing a case in the Supreme Court against its fakery. With our artist community’s legal victory four years later, we can say that our nation now has a new award of true value to confer on our nation’s best artists.” —Sylvia Mayuga, writer

“It took that long. that’s my only complaint. Of course, that’s not surprising, but still well-appreciated. Let’s hope this becomes a precedent for future ‘presidential’ prerogatives. And then, again, this might be a good time to review the process of selection for the NA. All processes are not perfect, I know, but maybe the selection committee could very well learn from this and thereby trouble-shoot the process that indeed some have criticized in the course of this issue.”—Rody Vera, actor-playwright

“What the Supreme Court did was to tell the country that the National Artist Award is to be treated with respect and care. That it is vital for our country. This is my father’s legacy and it makes me proud.”—Celeste Legaspi, singer-actress and daughter of National Artist for the Visual Arts Cesar Legaspi

“I agree with the SC’s decision. It’s about time that the National Artist awards regain their prestige and honor by awarding truly deserving artists sans political maneuverings. Although the process is not exactly perfect and faulty in some respects, it behooves all to adhere to the process lest we want a repeat of this fiasco.”—Alex Cortez, artistic director, Dulaang UP

“I think it’s cause for cautious celebration. Although this is a victory against a single act of impunity, the artistic community will always be subjected to being jerked around until it is empowered. Until it is recognized for what it really is: a vital, irreplaceable contributor to our nation’s evolution.”—Bart Guingona, actor-director

With reports from Gibbs Cadiz and Lester Babiera