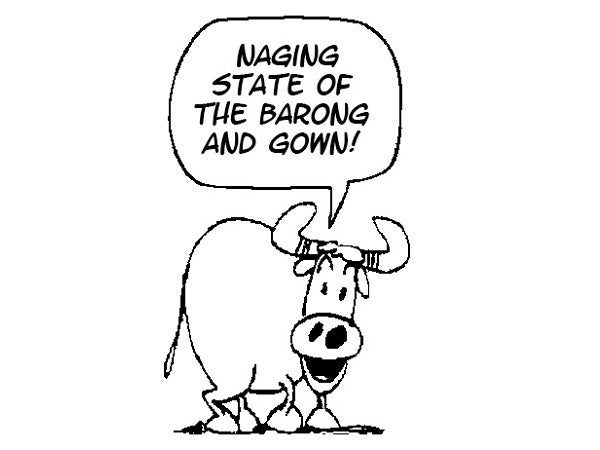 It’s the ‘Oscars’ for PH politics 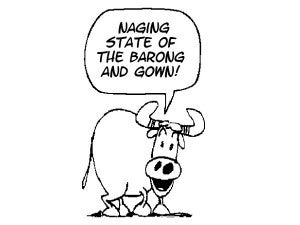 MANILA, Philippines—Vice President Jejomar Binay and his “political dynasty” all but floated on the red carpet. Neophyte Sen. Bam Aquino came wearing his “lucky barong,” while veteran Sen. Loren Legarda showed up in a hand-me-down.

The “red carpet affair” at the House of Representatives was perhaps the day’s most awaited event next to President Aquino’s State of the Nation Address (Sona).

Journalists and photographers were keen on what the dignitaries would be wearing to the so-called “Oscars” of Filipino politicians.

Security, as expected, was tight.

Another of the Vice President’s daughter, Makati Rep. Abigail Binay, arrived earlier and waited for her parents on the red carpet. When photographers asked the Vice President to pose, Binay gathered his family for a photo opportunity.

Binay has always defended having his children in public office like him, saying they had been doing their jobs well and were supported by the people.

“This is my wedding barong, made exclusively by Mang Mario, my tailor, who does all my barong. I consider this my lucky barong,” Bam Aquino told reporters. He was accompanied by his wife, Timi.

Asked to rate the performance of his cousin, President Aquino, in the past three years, Bam said: “Obviously, I give him an eight, because there’s much more we need to do. I think he’s done very well. He’s actually been able to transform our country.”

Timi said she was excited to attend the Sona for the second time, this time as the spouse of a senator.

“(The first time) I attended was as a college student, of course, for political reasons. I was a student activist,” said Timi. “I’m excited about what the next three years have in store for us.”

Legarda said she was proud to wear a hand-me-down. “(It) is recycled but proudly Filipino. Let’s be proud of our culture. Patronize our own culture.”

Legarda added: “Many people ask, who’s the designer? My designer is the indigenous people. This was done by master weaver Tiya Ines of the Bagobo community living at the foothills of Mt. Apo … Her parents gave this to her and she gave it to me.”

Heart was a first-timer at the Sona. “It’s nice to share this experience with such a good-looking guy,” she said, obviously referring to her senator-escort.

Escudero said he was optimistic about the direction the Philippines would take under the President.

“He showed us that it’s possible to have a President who does not allow personal interests to take precedence over the interests of the people,” Escudero said. “The challenge for him and for us is how to make the growth in our economy sustainable and inclusive.”

Others, like Senate Majority Leader Sen. Alan Peter Cayetano and neophyte Sen. JV Ejercito, had to step aside literally to give their wives their time on the red carpet.

Cayetano was relegated to a spot beside a topiary as fashion journalists asked his wife, Lani, who is Taguig City mayor, about her gown.

Ejercito’s wife, Cindy, a statuesque be-dimpled beauty, appeared quite shy when she was asked to pose alone on the red carpet.

Cindy Ejercito was in a champagne terno made by popular designer Paul Cabral.

Lucy Torres-Gomez, who came in a gray terno, played down the glitz and glamor of the Sona and how it had been used by legislators and their guests to showcase designer outfits.

“[The dress] is only incidental … It’s just a sign of respect. After all, it’s the President that’s speaking, and the presidency really is a relationship between the president and his people,” she said.

“So it’s like when we’re invited to a gathering, as a sign of respect, you make an effort to look presentable,” she added.

A staff member of Dinagat Island Rep. Kaka Bag-ao handed printouts of a description of her gown to journalists.

Actor-turned-Quezon City Rep. Alfred Vargas and his wife, Yasmine, were both headturners. After photographers took pictures of Yasmine alone, Vargas casually posed in front of the lensmen for his solo shots.

Justice Secretary Leila de Lima looked quite amused by her gown, a coral terno with a lot of flowers.

“Sabi nga nila marami daw bulaklak (They said this has too many flowers)!” De Lima laughed. Designer Charito Alunan made her gown. “I hope you like it,” the feisty secretary said.

During the session, Camarines Sur Rep. Leni Robredo kept her calm exterior as the President remembered her late husband, Interior Secretary Jesse Robredo, who perished in a plane crash nearly a year ago.

Robredo, in her black gown, sat quietly with her hands on her lap.

The son of Sen. Grace Poe found himself fielding questions about his show-biz crush.

The 21-year-old Brian Llamanzares, who admitted to having aspirations to join show biz, gamely answered when asked about his crush: “Of course, there’s Anne Curtis. She’s so beautiful.”

He said he hoped to follow in the footsteps of his late grandfather and “king of action” movies, Fernando Poe Jr.

Chief Justice Ma. Lourdes Sereno gamely posed for photographers on the red carpet. Sereno said she wasn’t too specific on the design of her terno, except that she asked that it should be in purple, as purple is the color of the judiciary.

People at the House of Representatives were excited to meet Manila Mayor and former President Joseph Estrada, jostling to have their photos taken with him.

On the way to Batasang Pambansa, the director general of the Technical Education and Skills Development Authority (Tesda), Joel Villanueva, hitched a ride on a constable’s motorcycle to escape the huge traffic jam on Commonwealth Avenue.

“I was running late, and traffic was not moving. So I called for help, and an MMDA (Metropolitan Manila Development Authority) rider brought me here. Thank you, Lord I got here on time, and thank you, Lord it didn’t rain on my way here,” he told reporters.

“A lot of people were concerned about creases on my barong,” he said.

Neophyte lawmakers had their pictures taken in front of a photo gallery at the entrance to the session hall.

Lawmakers, guests and VIPs who came dressed to the nines made a beeline for the red carpet on both the North and South Wings, where the cameras lay in wait.

The more modestly garbed shied away from the red carpet, opting to take a side route.

Otherwise, they would have had to endure two or more stops at the prodding of photographers, who kept snapping their cameras and asking who they were.