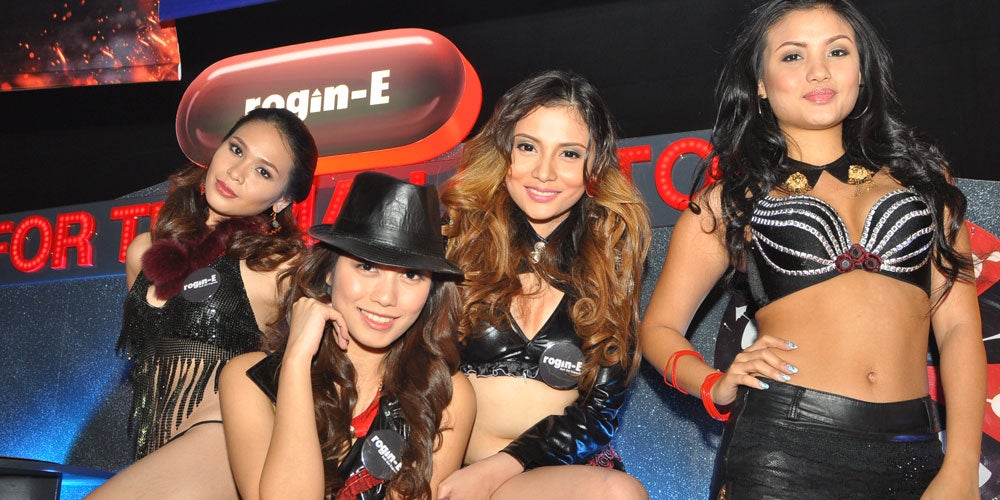 Models of Rogin-E dominated the runway before the FHM 100 sexiest women set the stage on fire.

Wearing black leather and carrying mobster-style machine guns and briefcases, the Rogin-E models gave the hundreds of men who came to the party more than what they paid for.

Each model flaunted different Mafia weapons associated with the country they represented: AK-47 for Russia; Tomy guns for Italy; Long guns for Mexico; and Hook swords for China.

The last model dressed in neutral-designed latex body suit in maroon, representing the Rogin-E consigliere, signaled the start of the final gimmick.

The finale had Rogin-E Consigliere entered the stage carrying sleek black attache cases just like the one carried by underbosses. As they walked down the ramp, they were followed by the Mafia ladies, this time, also carrying their own black attache cases.

All eight models then executed a choreographed exchange of attache cases, the execution and the fell were very fierce, like a high-stakes deal being done among real mafias.

The crowd went wild when the Rogin-E models opened their briefcases and revealed packets of Rogin-E multivitamins soft gel capsules which they eagerly threw into the ecstatic crowd. 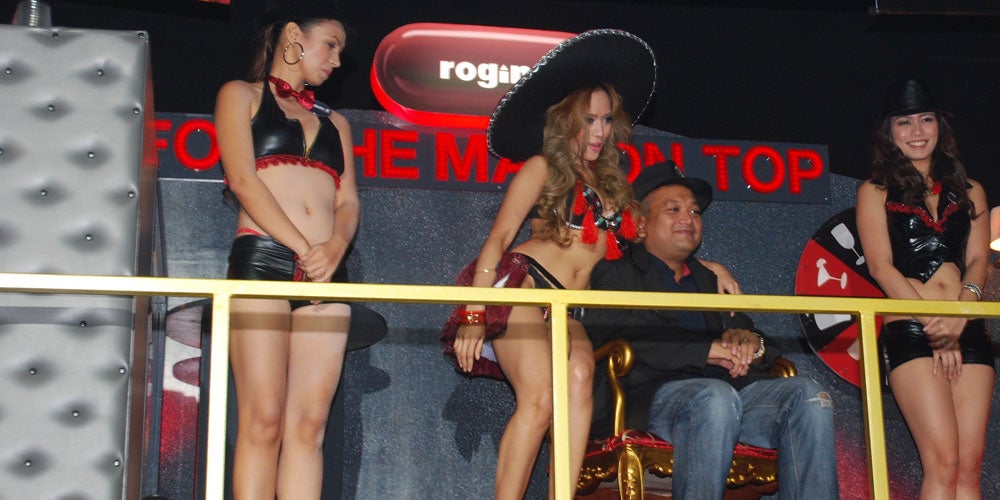 The men also got a taste of how it’s like to be a mob boss in Rogin-E’s two-story booth that has an authentic gangster lair feel complete with a mini-bar, a Godfather-style throne, and four gorgeous lady-mobsters representing the mafia groups, all ready to serve or interact.

They are lady mobsters who continuously seduce and serve the boss: the shopkeeper (seller); bellhop-lady butler who welcomed and escorted and assisted in dressing up the visitors in the lair; the bartender, the pit boss who was both roulette assistant and server of the drinks; and paparazzi posers who assisted in the photo area.

Called Rogin-E Boss’s Lair, inside men had their chance to be photographed—and later projected on the LED TV for all the men to see and envy—as they sat on the Godfather-inspired throne at the second floor.

The brave men who got a taste of Rogin-E’s mafia booth went away with a souvenir photo that they can show off to all their friends and an unforgettable experience of being the man on top.

As how Rogin E would put it: Be the man on top, whether in the boardroom and the bedroom.

FHM said more than 16 million votes were cast this year.

The rest of the 100 sexiest women of FHM who graced the catwalk during the victory party were: