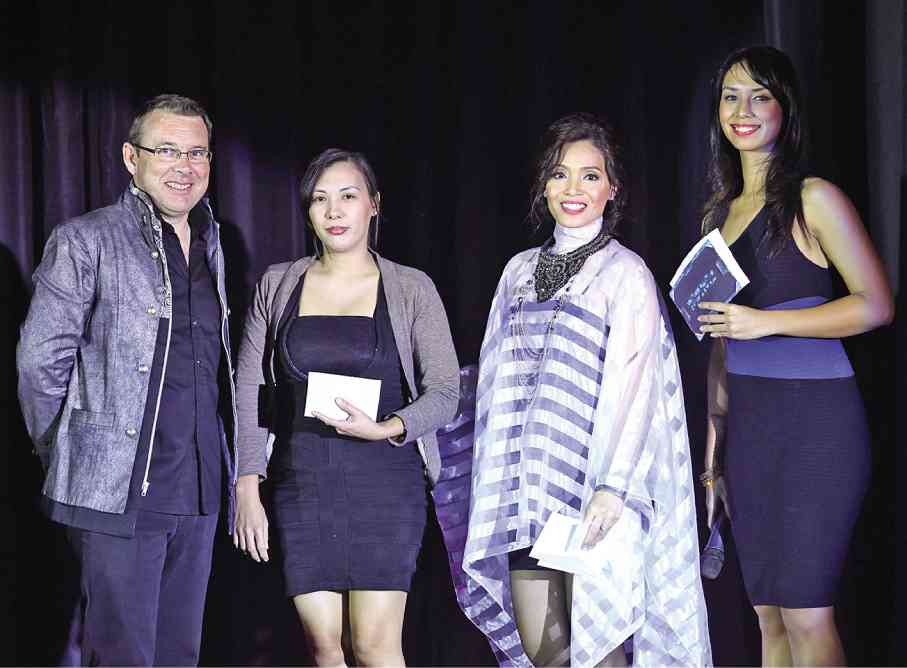 One of the world’s finest and smoothest cognacs was paired with a sumptuous dinner menu, which made for an evening to remember at Makati Shangri-La’s Rizal Ballroom.

The dinner was to honor the arrival of Maurice Richard Hennessy, an eighth-generation descendant of the grand Hennessy famille.

A gallery of photos showed the three main pillars of Hennessy cognac—selection, maturation and blending.

There was a tasting instruction conducted by no less than Monsieur Maurice Hennessy himself.

Everyone was welcomed in the foyer with superb canapés and Hennessy VSOP cocktails.

Steven Bullock, Moët Hennessy area director, opened the ceremonies with a foreword of Hennessy’s growing business in Asia, most notably the Philippines. It was for this reason that Monsieur Hennessy flew to Manila to thank the trade partners and patrons, Bullock said.

Monsieur Hennessy then explained the history of the original XO, “which dates back to 1870 when it was blended for family and friends, and their enjoyment led to its commercial introduction.”

This was followed by scrumptious lobster bisque with roulé bread.

And then Hennessy Paradis Imperial was served. Maurice Hennessy said, “This creation was in honor of the first Hennessy cognac served to Tsar Alexander I of Russia.”

He added: “Beyond the royal lineage of the blend, Hennessy Paradis Imperial is a collection of the best representative eaux-de-vie from the past decades up to a century old.”

Served in gold-plated crystal flute, the strong and powerful Hennessy Paradis Imperial was paired with Dark Chocolate Hazelnut Delight which echoed the different textures of the cognac and its golden stature.

Some lucky ones were able to have their bottles autographed by Monsieur Hennessy. After all, it ain’t every day that such an iconic personality as Hennessy jets into town for a grand happening like this, dahlings, n’est-ce pas?

Top equestrian Karen Pamintuan raffled off prizes such as a three-day and two-night stay at Grand Hyatt Bali with airfare from Cebu Pacific. The lucky winner received his prize from hotel GM Richard Simmons.

The highlight were futuristic entertainment by Silver Mimes, Eight Rings Arts, and LED Dancers, and a laser show. It was 30 minutes of electrifying action with magic tricks and futuristic moves backed by exciting music.

Now we all know what to expect of the future, thanks to Hyatt Regency Hotel and Casino.

It was such a rush riding in one of the new-generation Mercedes-Benz E-Class, dahlings. The two new models—E 250 CDI Avantgarde and the E 300 AMG Sport—were launched at the Rockwell Tent, before a high-profile and star-studded audience led by CATS Motors Inc. chair Greg Yu.

Everyone listened intently as CATS Motors Inc. president, the très charmant Felix Ang, gave a short talk on the many marvels of the new Mercedes-Benz E-Class.

“This latest from the German luxury car maker features a sportier exterior, a range of intelligent sensors for safe driving, and deluxe details for supreme passenger comfort,” said Felix.

Guests commented on how incredibly gorgeous the two new Benzes are, as Ambassadors Menashe Bar-On of Israel, Yohanes Kristiarto Legowo of Indonesia (with wife  Caecilia) and Josef Rychtar of Czech Republic mingled with guests, which included construction magnate Alice Eduardo, Nicole Ortega and singer Pops Fernandez. Hostess Grace Ang made sure everybody was well taken care of.