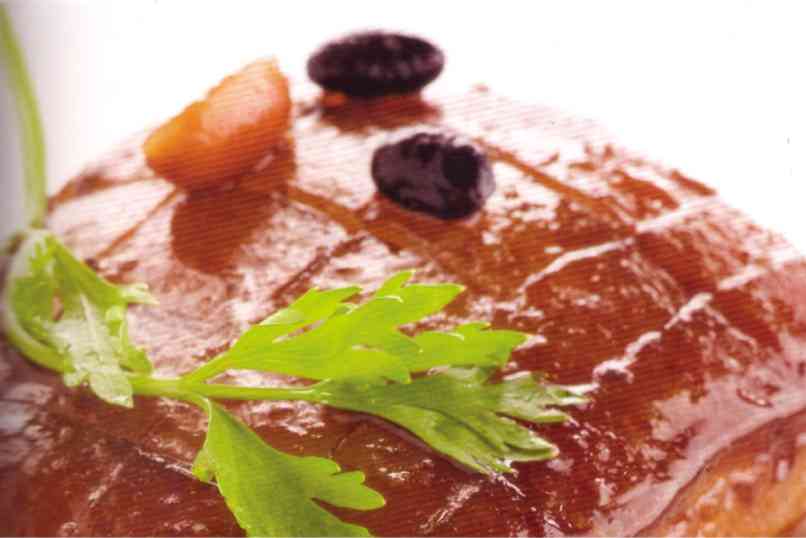 HUMBA from the book “Kulinarya”

‘Humba’ and other exotic Samar flavors

One crosses the San Juanico Bridge from Tacloban to get to the other end where Samar is. I only went as far as the towns of Marabut and Basey of the vast Visayan island.

During an afternoon in a Marabut resort, we struggled to get into a natural grotto as the entrance was quickly being flooded at high tide.

And to buy beautiful banig (sleeping mat), we went to Basey, where artisans could even weave your name in.

So I can’t say that I’ve been deep into Samar. But food connected me to the place through my first taste of tamalos, as the tamales of Samar are known. It was ordered by Glenda Barretto whose Rosales family is from Calbayog City.

I remember it as a huge mound, covered with a spicy peanut sauce. Inside were big chunks of pork reminding me of the Chinese machang.

And then a friend who came from the province brought me kiseo, white cheese made with carabao’s milk. What makes this cheese (or kesong puti in Luzon) different is that the pieces are immersed in vinegar, perhaps to lengthen its shelf life.

Samar and Leyte share not only language (Waray, Binisaya) but also dishes. Humba is one such dish, braised pork that usually involves big chunks of pork.

When Glenda was testing her humba recipe for the book “Kulinarya,” I noted the slight difference from that of my husband’s family recipe. Both use tausi (salted black beans), but Glenda used tajure (fermented soybean cake) as well.

Recently, Glenda facilitated my virtual travel to Samar by lending me the proof of a souvenir book. It is meant for the fiesta of Catbalogan City. Titled “Karasa: A Celebration of Catbalogan’s Culinary Traditions,” it documents the food, both the cooking done every day and those for celebrations like the fiesta.

The book also documents the delicacies of the place and pays tribute to those who make them, individuals and families who preserve traditional food. The project is headed by the hermano mayor of the fiesta in August this year, former Supreme Court Justice Antonio Eduardo Nachura.

Like all Visayas provinces, the basic cooking in Samar is sugba (grilling) and sabaw (soup). But there is also pinamara or hinatukan (in coconut milk), paksiw (in vinegar), adobo, escabeche (pickled with vinegar and turmeric) for every day.

Of course, humba, Chinese in origin, has to be there. And then there’s tamalos.

It surprised me that the peanut sauce is called pipian because it’s also the name of an Ilocos Sur chicken dish that is supposed to be a version of a Mexican dish with the same name.

Mexicans use pumpkin seeds instead of peanuts and an herb called epazote. The Ilocos Sur pipian has the herb pasotes which is the same.

Glenda wonders if the tamalos pipian should contain pasotes as well and intends to have someone get her the leaves from Ilocos Sur for her tamalos experiment.

The last chapter is like the ending of the meal because it includes dulce (sweets) and caran-on (cookies). What makes this part interesting are the stories of the women who made these specialties, mostly preserved by the children and grandchildren.

Like its neighboring province in Luzon, Bicol, Samar grows a lot of pili trees. Among the sweets made from the nuts are mazapan de pili and hopia de pili, the sweetened pili mix encased in pastry.

The Leyte bití is called piñato in Samar. It’s made of rice puffs and peanuts held together by syrup. The recipe in the book lists quantities in the old way, for instance, seven chupas of rice and one ganta of roasted peanuts.

Finally, the caran-on, or cookies, is meant to keep hunger at bay in between meals. These include galletas, roscas, coriosos, rosquetas, many of them packaged as pasalubong (gifts).

I can’t wait to go to Samar and taste all those. I can’t wait to get a copy of the book once printed. What a great memorial of one’s hometown, Catbalogan, through its food and the people who make them.