Carry for a cause | Inquirer Lifestyle ❮ ❯ 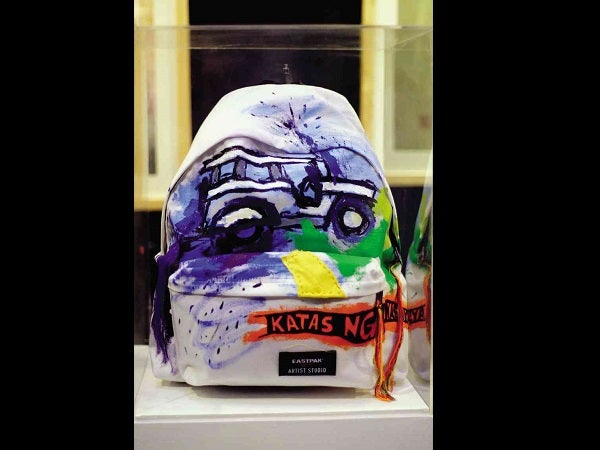 Carry for a cause

The backpack is an essential—and universal—equipment that students and practically everyone bring to carry their things.

While there are plenty of stylish backpacks in the market, its true worth lies in its design: strategically placed padding that helps distribute weight evenly across your body; and the two straps that sling over your shoulders which allow you to carry the heavy weight of your gear safely on your back while keeping your hands free for other things.

The backpack’s shape has seen little change, but Eastpak, one of the major players in the backpack industry, regularly gives their gear a massive overhaul for a cause.

The Eastpak Artist Studio is the brand’s annual project which taps the world’s hottest and most creative designers to turn Eastpak’s iconic Padded Pak’r bag into works of art. The converted bags are auctioned off in Germany, the proceeds of which go to a charity organization called Designers Against AIDS.

The designers, personalities and celebrities are given carte blanche to do whatever they want to the bag; Eastpak’s only concession is for them to keep the logo intact. “Sometimes, the bag ends up designed in such a way that you won’t be able to use the bag at all,” says brand associate Clarissa Antonio.

The well-rounded selection ensured an eclectic mix of pieces, from Bernaldo’s bright and whimsical goofy characters and Andrada’s pretty, ruffled interpretation to Tica’s colorful homage to local modes of transportation.

Distributed in the Philippines by The Primer Group of Companies, Eastpak is available at Bratpack shops and The Travel Club. Visit Eastpak Philippines’ Facebook page at www.facebook.com/eastpak.philippines.