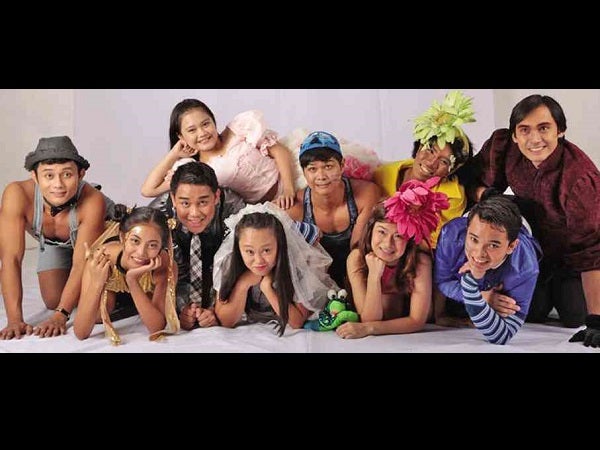 To review a play is normally a fairly precise matter. One reviews the plot, analyzes the characters, appraises the lighting, set design and a hundred other things, and from this forms a picture of whether the play succeeded or not at what it had set out to do. It is predictable, almost scientific and sometimes boring.

It is, therefore, a lovely surprise when a play breaks the rules, and “Sandosenang Sapatos,” a Tanghalang Pilipino production directed by Tuxqs Rutaquio that just had a brief two-weekend run at CCP’s Tanghalang Huseng Batute, is one of them.

It was a play that should not have worked, but did.

“Sandosenang Sapatos” did not look good on paper. Without diminishing the genius of Dr. Luis Gatmaitan, there is a reason great plays are usually not built upon children’s books. The characters are one-dimensional. The central conflict is entirely internal. The symbolism is wrong. The theme is too easily misinterpreted. It has only sentimentality on its side.

The playwright of “Sandosenang Sapatos” herself, Layeta Bucoy, noted that she hated the story at first. But then, she says in the play program, “the adaptation began.”

The play opened on a minimalist set, elegantly shaped like an infinity symbol, with ramps and slopes perfect for a cast that got around on wheelchairs and roller skates. The lighting was competent; bright and colorful without being distracting. But it was all merely competent—until Trixie Esteban started singing. Without a doubt, this young performer carried the play.

“Sandosenang Sapatos” spends a lot of its time in a fantasy world spawned by Susie’s dreams. Poor Susie has been born without feet—an ironic fate, considering she is the daughter of a sickly cobbler who wants nothing more than to have a ballerina for a daughter.

She spends a great deal of time lamenting this. She is insecure about whether she can live up to her father’s love. She worries that she has disappointed him. She dreams of a world where she can wear magic shoes and dance with a “shoe fairy” and a cast of roller-skated stereotypes for one night on her birthday, and is consumed with longing when it comes time to wake up into the real world.

She derives no comfort from her family’s attempts to make her feel better. She laments and complains and sobs and works herself into a ball of angst that, ordinarily, would drive any audience to distraction. Most audiences, after all, do not go to plays to watch people whining. If a person wants to wallow in woe and self-pity, he or she needs real life, not theater.

But then, her father dies. Oh, woe is Susie.

Perhaps this is uncharitable. The first part of the play failed to move us, but many in the audience were reduced to tears.

It was the twist that saved the play.

The magic shoes Susie encounters in her dreams on her birthdays turn out to be not the creations of the shoe fairy, but gifts to her from her father. Reassured of his love, she shares a dream of dancing with him and, in this way, finds peace. When she wakes up, she and her family discover among her father’s things a stash of shoes just like the ones in her dreams, each with a letter sharing how much her father loves her and wants her to be whole and happy.

It would take only a little thought to knock down this house of cards. Why didn’t dear old Dad just tell her how he felt? Why keep the precious gifts a secret? How can a perfectly normal father make shoes appear in his daughter’s dreams? Why, of all the symbols he could have used to show his love, does he use shoes that he knew his daughter could never wear?

Indeed, a little thought could have wrecked this play. But the audience was not, could not have been thinking at this point, swept away as they now were by the warmth of a father’s love, the skill of Trixie’s acting and the heartwarming strains of Noel Cabangon’s music (co-composed with Jed Balsamo).

Epiphanic plots are cheap, yes, but when the epiphany is unconditional love, it hardly matters.

“Sandosenang Sapatos,” despite its rudimentary source material, was elevated by its playwright and the hard work of a very professional theatrical team. It made up for its formalistic failures through sincerity, and by being a touching ode to a father’s love.

Carlo Rivera teaches Literature at the Ateneo de Manila University, and is a jury member of the Philstage Gawad Buhay!