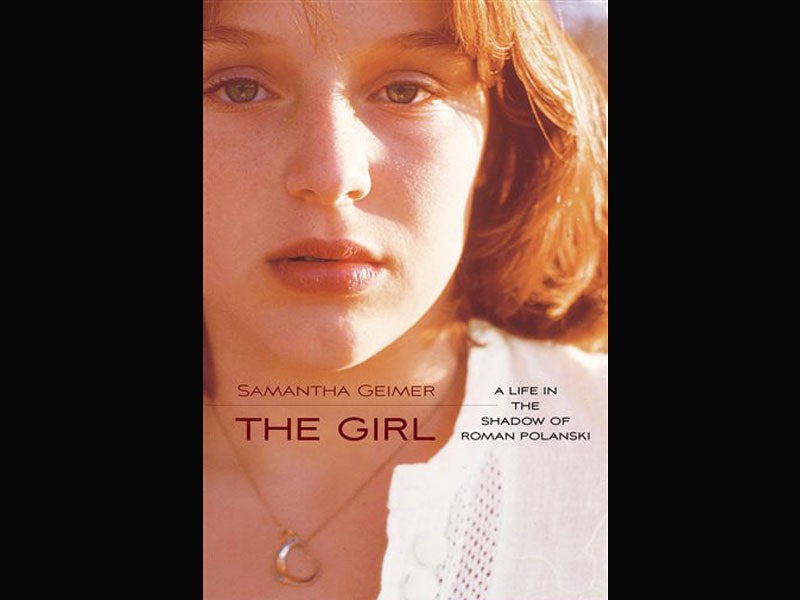 LOS ANGELES — The woman who was sexually assaulted by director Roman Polanski when she was 13 has written a memoir that will feature a cover photo shot by Polanski three weeks before he drugged her and had sex with her.

Samantha Geimer’s publisher says that during her 1993 lawsuit against Polanski, Geimer obtained rights to the pictures Polanski took during two photo sessions in 1977, one of which led to charges that he plied her with half a Quaalude and champagne and raped her.

Polanski, a French citizen, pleaded guilty to unlawful sexual intercourse and was ordered to pay her $500,000 and to turn over the photos.

Geimer has said she is writing the book to reclaim her identity.

Atria Books, an imprint of Simon and Schuster, said it will be releasing Geimer’s book — “The Girl: Emerging from the Shadow of Roman Polanski” — this fall.

According to Atria, Geimer will provide “insight into many dimensions of the story that have never previously been revealed.”

Filmmaker Marina Zenovich interviewed Geimer for her documentary “Roman Polanski: Wanted and Desired” and for a soon-to-be-released second film, “Roman Polanski: Odd Man Out.” She said she was not surprised by the announcement of the upcoming book.

“She always said she wanted to take her power back, and this is her way to do it,” Zenovich said. “For a lot of years she was silent, and she’s not a silent person. She has a very strong personality.

“Once she found her power, it kind of freed her.”

Although Geimer has declined interview requests in advance of publication, she issued a statement last year when the book project was announced.

“I am more than ‘Sex Victim Girl,’ a tag the media pinned on me,” Geimer, who long ago identified herself as Polanski’s victim, said in the statement released through Atria.

She said years ago that she forgives Polanski.

The case has haunted both Geimer and Polanski, with the 79-year-old director living as a fugitive from justice to avoid a long prison sentence. He lives in France, where he is immune from extradition.

Polanski’s lawyers fought a futile battle in 2010 to prove there was misconduct in the handling of the case and argued charges should be dismissed. Geimer supported the request, saying, “Enough is enough,” and that Polanski was not a danger to anyone.

But prosecutors refused to dismiss charges, and Polanski chose not to return to the United States to risk prison.

Polanski, whose films include “Chinatown” and “Rosemary’s Baby,” is restricted by an Interpol warrant in effect in 188 countries, but he moves freely between Switzerland and France. He was freed from Swiss house arrest in 2010 after the government refused to deport him to the United States. He had been arrested when he tried to attend a film festival in Switzerland. A lengthy court case ensued in Europe and the U.S.

Polanski’s agent and his prosecutor did not return phone calls for comment.

Geimer’s lawyer, Lawrence Silver, says in the book that he pursued both the photos and negatives from Polanski’s photo sessions with Geimer, which took place at the home of actor Jack Nicholson while Nicholson was away.

“These photographs, important both legally and historically, would likely have never been discovered if not for the civil suit,” Silver said.