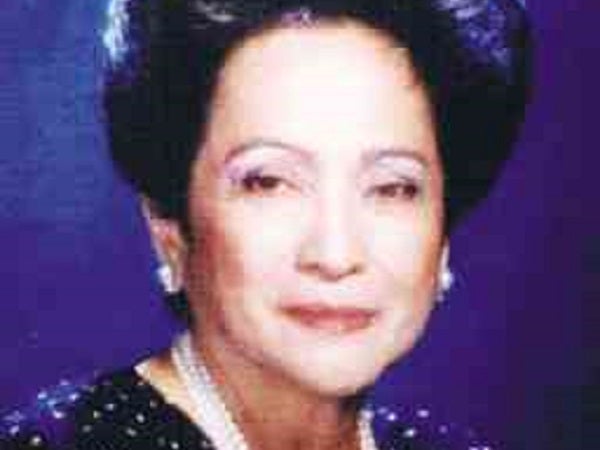 Although she must have been 20 years older than me, Dr. Carmen Enverga-Santos became a steadfast friend because of our common involvement in Zonta, an international organization dedicated to the advancement of the status of women. She was 54 years old when she was diagnosed with a deadly type of disease called acute promylocytic leukemia. She was then on the faculty of the Department of Obstetrics & Gynecology of the University of Santo Tomas (UST), where she taught from 1952 until 1975, when she had to leave for Houston for what was to become a three-year saga of aggressive and debilitating chemotherapy that almost killed her. At that time, she was likewise a practicing obstetrician-gynecologist at Makati Medical Center.

On her initial visit to the MD Anderson Cancer Center in Houston, Texas, sometime in April 1975, the renowned chief of Leukemia Services, Dr. Kenneth McCredie, had told her that they didn’t know what kind of chemotherapy protocol (cocktail of drugs) to give her as her case was considered fatal within six months or less. Dr. McCredie headed an experimental unit, and he told her they had 27 types of protocol. He had to pick one that could possibly work on her. She would have to be a “guinea pig.”

Carmen asked her six children and her husband Florentino, himself a physician-surgeon at UST and MakatiMed, to let her go. At age 54, she said she had lived a full life. Why spend a fortune for her treatment that was so uncertain?

The children, led by Lea, all urged her to fight. At least, they said, she would go down fighting. To not try at all was defeatist.

Because Carmen was by nature a fighter and a positive person, she decided to go for it. Florentino told her he would be praying hard for Pope John XXIII’s intercession with the Divine Healer to enable the doctors to choose the right protocol. Both had been impressed with this amiable pope, who had died of stomach cancer in 1963. They admired his bold reform of the Church through the Second Vatican Council.

I visited Carmen at the hospital when I went to Houston in the fall of that year to see my relatives who lived there. I flinched when I saw her ashen face. She was bald-headed and wasting. She had lost some 40 pounds.

Afterward, Lea would tell me that her mother had suffered a bout of double pneumonia and had gone into a coma for two weeks. They all feared they would lose her. Lea had held on to her tightly, praying fervently for her mom to snap out of it. She, too, prayed to Pope John.

One day, Carmen woke up and told her family that she had gone to some beautiful place filled with flowers, where she saw her father. He told her that she had to go back as it was not yet her time to join him.

In time, she got well enough to return to Manila. But her mouth was full of sores from the chemo. Back home in Makati, she had progressively gotten weaker, with no appetite for food.

One evening, Carmen asked her husband and her youngest son Andrew to take her to a little-known chapel in Taytay, Rizal, which she had heard about.

Carmen had a fever and was coughing constantly. After a long search, they finally found the chapel that looked like a grotto-hut, where Carmen knelt in prayer. She told me that she challenged the pope thus: “Pope John, please ask our Lord, if it is His will that I should live, please heal me now! I am tired of this suffering. If not, please take me. I surrender myself to Him.”

When they got back in their car, Carmen suddenly told her husband that she was hungry and wanted to eat. Florentino and Andrew couldn’t believe their ears. They knew that it pained her to eat. Florentino asked her, “Don’t your mouth sores bother you?” With his flashlight, he examined her mouth and was shocked to see that she no longer had any ulcerations.

Back in their home, he took her temperature and was again surprised that she was afebrile. Needless to say, there was much rejoicing in the family. Carmen was well! She whispered, “Thank you, Pope John.”

Accompanied by Florentino, Carmen once again traveled to Houston for a checkup. She told Dr. McCredie that she was well and had been healed by God through Pope John. The doctor smiled and riposted, “It was I who healed you, not God.”

In 1978, Dr. Carmen Enverga-Santos was pronounced completely cured of leukemia. When she learned that the Vatican was soliciting miraculous cures attributed to Pope John XXIII so that he could be beatified prior to being canonized, she immediately submitted her testimonial complete with her medical records.

The Santos children wondered why Pope Francis had to waive the requirement for a second miracle to be attributed to Pope John XXIII in order for him to be proclaimed a saint. News reports say that only one miracle had been attributed to good Pope John.

Carmen had lived for 28 more years, succumbing to kidney failure as a complication of diabetes, at the age of 82. She once told me that the extensive chemotherapy she had undergone must have been the cause of her diabetes. As her roommate on a trip to Jakarta, I had seen her injecting herself with insulin twice a day.

One of my most precious mementos from Carmen is a heavy gold-colored medallion of Pope John XXIII’s visage, with the image of Our Mother of Perpetual Help on the reverse side. I keep it by my bedside.