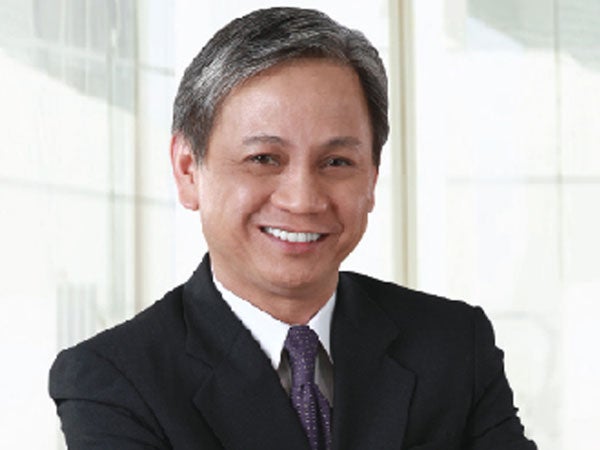 Credit cards, a hammer or a sickle?

We have received some requests to discuss credit cards. We are not surprised as these plastics have become ubiquitous to a growing segment of our people. There have been around 7 million cards issued, with roughly 1.5 or so cards per person.  We could not resist the pun and put up the title above.  We could force an analogy in the sense that just like any kind of debt, a credit card could be a hammer to build or it could be a sickle to cut and deconstruct.

All over the world, credit cards carry high interest charges. If one is not careful, he could find himself sinking fast in a financial quicksand of debts.  At first, it would seem harmless. Let’s take the case of Juan.  He partially paid his card bill and revolved around P10,000.  Juan is charged P350 in interest and he did not even notice. Then he spent another P10,000 and got charged P700 in interest.  The amount does not really feel like a lot of money to Juan who is earning more than P20,000 monthly.  In the meantime, Juan is very happy with his new smart phone and now struts around in his new pair of rubber shoes with the name of his favorite NBA player on it.

He continued to revolve or just pay near the minimum required in his bill.  He was in a mall when he saw the watch he had been dreaming about. He told himself, it would be the last expense he will incur with his card and spent just a bit more than P20,000 to buy it.  Juan now has P40,000 in debts and was paying interest charges of P1,400.  It’s starting to hurt, but it is still ok.  He still had P20,000 in unused limit when he saw an ad for a heavily discounted laptop. It is really a bargain and it is very nice. After that purchase, he found himself with a P60,000 debt and needed to pay his bank at least P3,000 as minimum payment required.  One day, he was with friends and had so much fun that he did not notice that his check had reached P5,000.  He reached for the plastic in his wallet.  He had spent over his limit. The following week, a close relative came to him with some emergency.  Juan immediately borrowed from a friend.  Come pay day, he quickly paid his friend but found himself short of money for his other usual needs.  There was just not enough money to pay the card. The card bill came and Juan was slapped an over-limit fee, late payment charges and more interest. His world starts to fall apart. A variation of this story plays out everyday.

Not an easy business

There are reasons why card companies charge high interest rates.  Juan’s behavior above is one of the primary reasons.  Credit cards have no collaterals.  All card-issuing companies experience high level of defaults, ranging from 5 percent to 8 percent or even higher, on its receivables.  The credit losses are even higher than interest rates charged on some loans. The problem is, while card issuers expect these losses, they would not know exactly who are those who will not pay.  To compensate, they charge relatively high interest to cover for those losses.  The alternative is to tighten screening but this would result in financial exclusion and deny many access to credit. And there is still no assurance since a person could lose his job, have an emergency, get sick or experience other problems which might prevent even the well meaning from paying up.  Card issuers also have to deploy a huge army of collectors that jack up the costs of doing business. If only everybody pays, interest rates could be reduced very substantially.

Credit cards are not an easy business.  It is manpower intensive and needs a high level of automation. It is a business that has high start-up costs and needs a big scale to make sense and return some profits.  There is also a high level of expertise required to run the business. Notice that even if we have 34 commercial banks and a good number of thrift banks, there are only about a dozen or so card issuers.  Some of them are not necessarily making enough money even in these good times.

Card companies also face economic risks.  If the economy slows down, defaults will increase as we have seen in the past in countries like Korea and the US. When this happens, card issuers could really lose a lot of money.  And the economy, at some point, will slow down. Interest charges are also designed to cover for future losses.

On the other hand, there are also happy stories. Sometimes, we find ourselves in situations when we have to spend—medical needs, bridging our cash flows for some important expenses like tuition, books, or a really cheap bargain of an item we really need.  Maybe we have an emergency and we need quick access to cash.  In all of these our credit card becomes handy and very helpful.  Some people also benefited from shifting their loans from more expensive sources like the neighborhood loan shark, from pawnshops or from helping relatives get out of lending arrangements.  The latter charges more than 60 percent interest as the borrower is required to return a cavan of rice, worth between P800 to P900, for every P500 of debt.  And for the transactors or those who fully pay their card bills, there is the convenience of not carrying cash and spending at no interest costs. In a broad economic sense, credit cards, like all types of loans, when used properly, oil the economic engine that creates value for all.

The point is, whether our plastic becomes a hammer to build or a sickle to cut and hurt us, is entirely our choice and a matter of our attitude and our sense of responsibility.