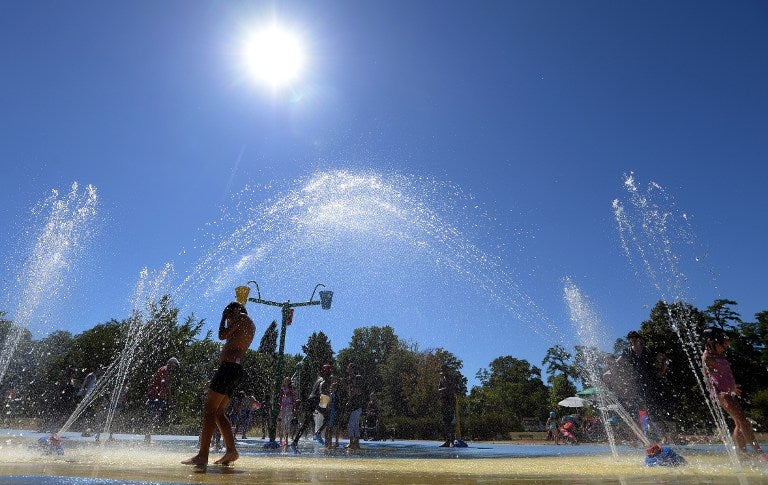 WASHINGTON – If the heat makes you cranky, take heart: you’re not alone, according to a study out Thursday in the US journal Science that links rising tempers to hot temperatures.

The link could have worrying implications as the Earth’s climate warms, researchers at the University of California at Berkeley and Princeton University warned.

Hsiang and his fellow researchers conducted a meta-analysis of 60 studies across a range of disciplines, including archeology, climatology, political science and economics.

One study, for instance, showed that, during the hotter and drier periods of the El Nino southern oscillation, “the probability of any country in the tropics starting a new civil war doubles.”

Other studies showed the incidence of interpersonal conflicts— from murder to rape to domestic violence and other types of assault— goes up when it gets hot.

“We were surprised by both the consistency and the strength” of the link, Hsiang said, explaining it was evident no matter what timeframe was being examined, whether a short heat wave, a years-long drought, or a cycle over centuries.

“We do think the overall size of the effects is sufficiently large that we want to take them seriously and seriously consider whether or not our actions today are going to influence the level of violence in our children’s world tomorrow,” he added.

In order to rule out other factors for the rise in violence, the authors used a statistical analysis that compared single geographic locations to themselves over time— so that the political, cultural and geographic histories were internally consistent.

They also tried to compare levels of violence where the climatic factors were very localized, to see how violence levels compared nearby where the weather stayed cooler.

In all cases, “the collected evidence shows that humans across the globe have proven poorly equipped to deal with exposure to hotter temperatures,” co-lead author Marshall Burke said in a statement.

What was less clear was why, with researchers citing several theories and noting that more than one could play a role.

In times of drought or when harvests fail, economic factors might push groups to take up arms.

And the heat also seems to have a physiological effect that drives people to violent impulses, one that can be observed after just a few hours of exposure.

Hsiang compared the trend to the increase of car accidents on a rainy day — it doesn’t mean any one accident happened solely because it rained. Nor does it mean accidents only happen when it rains.

“Driver error ultimately causes accidents, but rain can make it much more likely,” he said in the statement.

“Similarly, violent conflicts might occur for a variety of reasons that simply become more likely when climatic conditions deteriorate.”