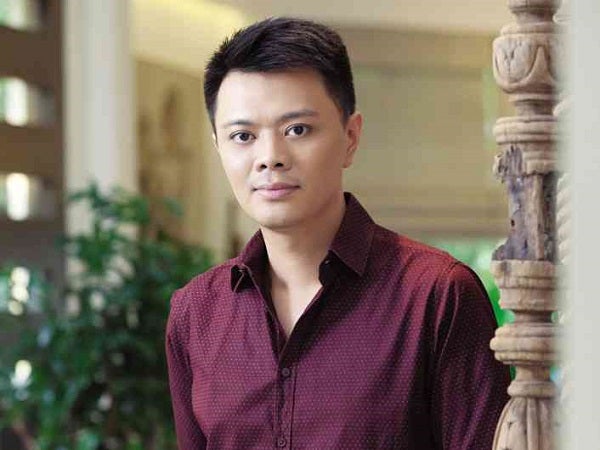 Young, rare talent: Gino Gonzales and his art of scenography

Production designer Gino Gonzales’ body of work spans almost 20 years. It ranges from set and costume designs for everything, from college productions and small neighborhood plays with a budget of P5,000, to splashy fashion shows and huge corporate accounts.

The widest set he has done so far was the one measuring 250 feet for Janet Jackson and Chinese pop star Ah-mei’s concert at Resorts World Singapore. Discs with peonies were suspended from the ballroom ceiling and the walls were landscaped with cherry blossom trees from China.

Gonzales admitted being shocked when the front act demanded the removal of all the fresh chrysanthemums on stage simply because he hated the flower. “On the other hand, Janet was very sweet and wanted to take the set with her on her concert tour,” he said.

His years of working has made him equally at ease meeting with CEOs and with stage hands—in fact, he will not think twice about washing dirty costumes, often by hand.

This willingness to work with such diverse groups has made Gonzales one of the most prolific in his field.

He is top of mind for producers who are grateful for the level of professionalism he brings to each project. Gonzales delivers over and above what is expected of him.

He has a no-nonsense, businesslike demeanor, yet is one of the funniest, most creative persons we know. I’ve known him since we were in fifth grade at the Ateneo. With another friend, Roy Roldan, we forged a friendship that has lasted almost 25 years.

Even before we became classmates, I had already heard of Gonzales, after his drawing of several carolers won a nationwide Christmas card-making contest sponsored by Manila Midtown Hotel in the early ’80s. The drawing was printed and became the hotel’s greeting card that year.

By the time we became classmates, he had developed a style of drawing similar to sketching, which we would exploit whenever there was group work. Our group would always get the highest marks or make the biggest impression because of his detailed drawings.

In high school we made new friends but still kept tabs, writing “Palanca” letters to each other during our respective Days with the Lord retreats, and walking the length of the campus and back to get our burger fix at McDonald’s on Katipunan Avenue.

We were reunited in college when the three of us took the same course, Communication. It was in this environment that Gonzales really flourished, doing sets and costumes for the two theater groups at the time, Tanghalang Ateneo and Blue Repertory, while maintaining enviable grades in all his subjects.

Although he didn’t actively seek the attention, theater people heard about this young production person who showed much promise. National Artist Salvador “Badong” Bernal took Gonzales under his wing, nurturing the aesthetic and craft of the latter. His second mentor is New York University (NYU) Master Teacher Eduardo Sicangco.

After graduating from Ateneo de Manila University in 1995 with a degree in Communication, Gonzales received a Fulbright scholarship at NYU, where he took up scenography—the art of establishing an atmosphere or mood for a theatrical presentation. Elements in scenography include lighting, sound, set and costume design.

Fast-forward to 2013. Gonzales has expanded his reach to include designing elaborate cakes with pastry chef Heny Sison, overseeing fancy parties for some of Manila’s most prominent families, and opening a rental shop where people can borrow anywhere from a few to several dozen baro’t saya.

At a young-looking 39, Gonzales is already considering slowing down and “focusing on teaching full-time, but then the projects keep coming.”

He says that there are “very few reliable people who deliver. They prefer to bedazzle people with their outlandish ideas and concepts but seldom deliver.”

Gonzales has a laundry list of imagined ailments, hence the desire to slow things down professionally.

“I hope there will come a time when I can just do the projects I want to do, and accept one or two that will provide just enough to keep me afloat,” he said.

That might not happen anytime soon, as he still has ongoing projects, including one in Taiwan where he is in charge of converting an old sugar factory into a museum. There’s also his book on ternos from the early 1900s to the 1950s that he wants to publish this year.

Until then, the country is fortunate to have one of the best scenographers doing what he does—and then some.