How to Travel Smart with your Smartphone | Inquirer Lifestyle 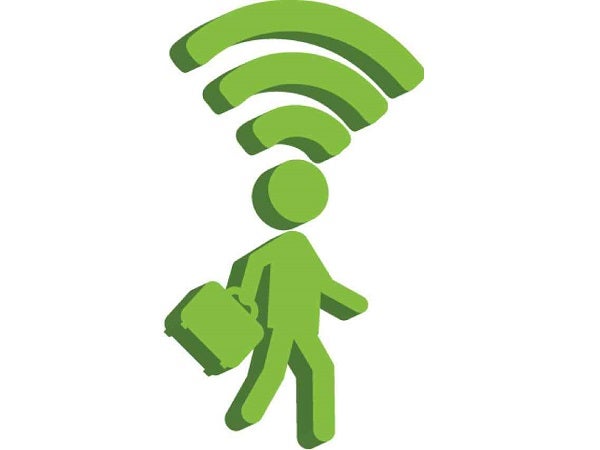 How to Travel Smart with your Smartphone

WE all have a friend with a telco horror story; it’s the 21st-century urban legend for the wireless world.

A friend of a friend recently travelled to Europe. She came home with souvenirs, travel anecdotes and unbilled charges amounting to P400,000 on her mobile phone account. Her phone bill actually cost more than what she had spent on the entire trip.

The first thing you should do before taking off for another country is to make sure your cellular data is turned off. How do you do it?

If you own an iPhone, go to SETTINGS – GENERAL – CELLULAR and make sure the following settings are set to OFF: Cellular Data and Data Roaming. After that, go to CELLULAR DATA NETWORK and delete the APN (or add an extra letter or number after it). The APN or Access Point Name is like the secret handshake between your device and the portal to the Internet; without it, your phone will be unable to access mobile data.

In order to connect to mobile Internet when you need it, simply turn everything back on (except Data Roaming) and restore your APN settings to normal. If your smartphone is an Android or Windows 8 device, the same method applies; just look for settings pertaining to data and network connectivity and turn these off when travelling to avoid incurring exorbitant data roaming charges.

Sometimes, even if you are not deliberately connecting to the Internet, some apps which you may have left open require Internet connectivity to work and access data without you knowing it. Some apps that do this may include maps (to know your location), Instagram and even Candy Crush (to update your Facebook friends’ statuses and requests).

Still, a smartphone connected to the Internet while travelling is one of the most useful travel guides you can have—ditch the package tour and go exploring on your own instead.

One of the best ways to have on-the-go Internet while travelling is to either  a) bring a pocket WiFi device with a data SIM from the country you’re visiting, or  b) subscribe to your telco’s data roaming packages.

Pocket WiFi devices are available at gadget stores like Hot Gadgets (located at G/F Eton Cyberpod in Ortigas Center). Usually priced from P4,000 to P10,000, a pocket WiFi router creates a WiFi network that lets you access the Internet courtesy of the SIM card installed. This is a good choice for travelling families since you can share the Internet; most pocket WiFi routers allow up to five devices to connect to it. Our local telcos offer subsidized (read: cheaper) versions of these pocket WiFi routers but are currently locked to each network so you won’t be able to use it outside of the Philippines. An unlocked device costs more but you can use it across different networks.

Research your destination’s SIM card policies and data offers to see which network’s offer suits your itinerary best. In Singapore, for example, there is a prepaid data-only SIM card (Starhub MaxMobile Prepaid) that lets you have unlimited mobile Internet for five consecutive days for only SG$18 (approximately P600). Many countries offer (relatively) affordable prepaid data bundles for short-stay visitors.

Having an Internet connection while travelling is essential, especially in countries where language barrier is an issue. You’ll be able to have a constant navigator and an instant translation tool in your pocket all the time. Plus, you can also download country-specific apps, e.g. subway or bus schedules to help you save costs on transportation or to help you map out your route.

If buying a pocket WiFi device is not your style, then you can also check your local network’s data roaming plans.

Smart, meanwhile, has partnered with Conexus Mobile Alliance. It doesn’t have a per/day/week package but it automatically charges you a flat rate of $10/day when your data roaming consumption exceeds 2MB. It is also the only network that has a partner telco in Japan, where data roaming is most essential since a lot of signage is written in Japanese characters, especially in picturesque rural areas.

The only caveat in choosing a data roaming package under your local network is that you have to be vigilant when checking your network settings. For example, Globe’s data roaming packages only work when you are connected to their partner network; if your phone automatically switches you to a different network, then normal data rates apply.  You have to connect only to the partner network for your unlimited data roaming subscription to remain valid. A good practice to do when using data roaming is to turn it on only when you need it; the process is tedious but it will save you unnecessary billing headaches when you get back.