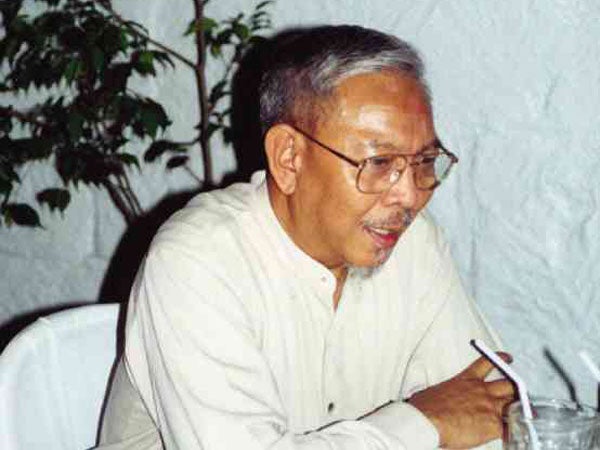 Ramon Santos may yet be proclaimed National Artist in November

Composer and musicologist Ramon Santos, whom President Gloria Macapagal Arroyo dropped in 2009 from the roster of National Artists elected by the joint board of the Cultural Center of the Philippines and National Commission for Culture and the Arts, may yet finally be proclaimed one in November along with a new set of awardees.

De Leon said Santos, a modern composer and renowned scholar on Southeast Asian music, had been nominated again for the honor.

“Ramon Santos is automatically included on the list for the third and last deliberation for this year, since he had already passed the earlier stages of selection process,” said De Leon.

The NCCA head cautioned against speculating that Santos would finally be awarded National Artist. “The declaration   is not yet certain,” he said.

Santos, who led the first international gong-and-bamboo music in Dipolog City last February,  is a known scholar on Southeast Asian artistic traditions, especially the traditional music of the Philippines, such as that of the Yakan, Boholano, Bontoc and Ibaloi.

Earning his doctoral degree from the State University of New York and Indiana University, Santos also studied the uses of native musical instruments. His works have been performed in Israel, France, Germany, Australia.

Santos belonged to the 2009  batch of National Artists that included visual artist Federico Aguilar Alcuaz, Tagalog fictionist Lazaro Francisco, and filmmaker Manuel Conde, who will be belatedly conferred the awards in November.

The conferment had to wait after several artists went to the Supreme Court in 2009, challenging the proclamation by Arroyo.

The suit, presented by National Artists Bienvenido Lumbera, Virgilio Almario, Napoleon Abueva and Arturo Luz, contested Arroyo’s move to drop Santos from the list submitted to Malacañang by the CCP-NCCA and adding her own choices: Cecile Guidote-Alvarez for Theater; Carlo J. Caparas for Film and Visual Arts; Francisco Mañosa for Architecture; and Pitoy  Moreno for Fashion Design.

The plaintiffs said Arroyo committed grave abuse of presidential discretion by disregarding the rigorous selection process that chose the National Artists and adding her own choices.

“The protest of the National Artists and cultural workers in 2009 bore a very meaningful result. That action is precisely the revolt against the politicization of the award,” said the NCCA head.

“The Supreme Court did not allow politics to intervene in the selection of the artists who have truly contributed to the progress of Philippine art,” he added.

De Leon explained that stringent selection governed the choosing of the National Artist,  one of the two highest recognitions in Philippine arts (the other is Gawad Manlilikha ng Bayan, or the National Living Treasure, for traditional artists).

“This year it took only three months for research just to determine who are qualified for the award,” De Leon said, adding that various levels of deliberation came after the first screening.

Among the criteria are substantial body of work; high degree of excellence; and international honors.

“The National Artist award is not a popularity contest. There are many out there who are popular, and many of them are shallow,” De Leon said.

For this year’s proclamation of National Artists, De Leon said a short list was made by seven experts and artists for each of the seven arts during the first deliberation last July 26.

Those who made the cut will have their merits cross-examined by three more judges from different artistic disciplines on Aug. 30 or earlier.

From that meeting, a final list will be submitted to the joint board meeting and final deliberation of the NCCA and the CCP in September.

“The President will give due respect to the selection process,” said De Leon. “We are to give the joint decision of the committees from the NCCA and the CCP, and the Palace will declare who will be the National Artists. The President’s role is ceremonial.”