That Cobonpue touch is now on the smallest canvas | Inquirer Lifestyle ❮ ❯ 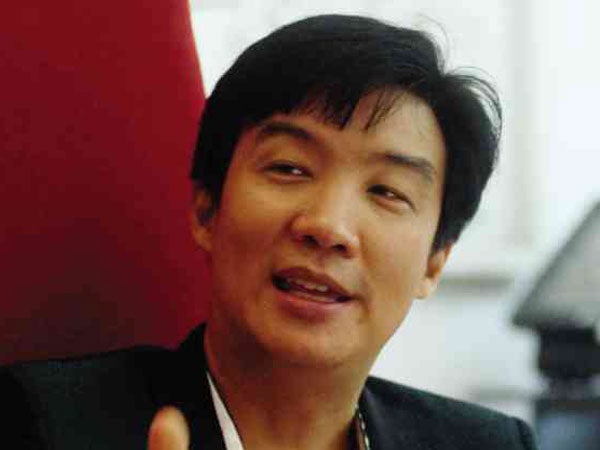 INDUSTRIAL designer Kenneth Cobonpue talks about the designs he made for Globe Tattoo’s lifestyle sticks. PHOTO BY ARNOLD ALMACEN

That Cobonpue touch is now on the smallest canvas

The youth today feel the need to be connected at all times. Those a bit older still require connectivity, but are partial to and aware of good design.

The leading mobile broadband has unveiled the three lifestyle stick designs in an effort to grow its market. Instead of simply coming out with sticks, it tapped Cobonpue.

He admitted to us that it was a challenge because the stick “was the smallest canvas I had ever worked on.”

Designing furniture comes easy for the prolific designer: “I can even do it in my sleep.” But the size limitations of the stick posed a challenge.

“When I design, I always want to have something of substance. It’s harder when you’re given such a small space,” he said.

Notwithstanding that, Cobonpue came up with three monochromatic photo designs, he said, were “an amalgam of different sources.”

The first shows a man with a backpack leaping over a hole in the ground, while the second is of another man snowboarding over curvy slopes.

The designer was particularly proud of his third design, which looks like “people trapped in ice.”

The picture is actually of five human figures pressing their palms and other parts of their body against a white, jersey-like scrim. The result is playful but also very sensual.

“I designed this stick so it would be like, ‘Now you see me, now you don’t.’ I wanted to transform them so that they would be more than just sticks. I wanted to make them like living things, which is what I do with furniture; I try to make them more alive,” he said.

The soft-spoken designer said that furniture was what he did for a living, “but it’s the other things that I really want to do.”

This list of “other” things includes designing a car made of bamboo, steel and carbon fiber that actually ran; a luxury tricycle with an iPod dock and cup holders; and this partnership with Globe that will give him the chance to go beyond his comfort zone.

The new Tattoo Lifestyle stick, now available for P1,295, has partnered with Enjoy, the country’s premier discount and privilege card, for the new Tattoo-Enjoy Privilege card.

Tattoo Lifestyle stick subscribers are entitled to the privilege card which offers perks and privileges from lifestyle website LiveTattoo.ph and from over 230 partner establishments and merchants nationwide.

Apart from the Tattoo-Enjoy Privilege card, subscribers will also get discount vouchers worth over P150,000 and P3,000 worth of freebies. Tattoo has download speeds of up to 12 mbps.

“Tattoo has always valued what subscribers look for in a broadband service, which is reliability and value for money. With the new Tattoo Lifestyle stick, our partnership with Enjoy, and the arrival of Liz as part of the Tattoo family, we bring our subscribers’ passions to life…with the best broadband experience no other network can offer,” said Tattoo head of nomadic broadband business Dong Ronquillo.